MTU will highlight its engine technology for land-based and naval forces at DSEI defense and security exhibition in London. 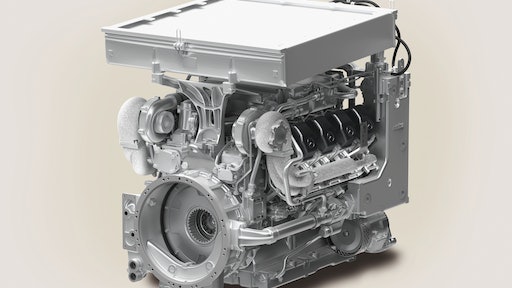 The future Scout SV armoured fighting vehicles of the British Army will be powered by MTU 8V 199 TE21 engines.

Rolls-Royce brand MTU will be showcasing its expertise as a systems partner for land-based and naval forces at the DSEI defense and security exhibition in London from September 15 to 18, 2015 (booth S7-210). Attention at this leading international event will focus primarily on three projects with the UK armed forces currently being conducted by MTU. The company is to supply engines both for the British Army’s new Scout SV fighting vehicle and for the Royal Navy’s Type 23 frigates. MTU engines are also expected to be used in the Type 23’s successor, the future Type 26 Global Combat Ship. The engines for all three projects and the entire MTU portfolio for drive and propulsion solutions will be showcased at the booth. The MTU brand is part of Rolls-Royce Power Systems within the Land & Sea division of Rolls-Royce.

The presentation will include a scale model of the Type 8V 199 TE21 engine to be used in the future Scout SV fighting vehicle. The unit is the most powerful in this engine series, setting the benchmark in its performance class. The outstanding power and reliability delivered by Series 199 engines have already been convincingly demonstrated in infantry fighting vehicles such the ULAN (Austria) and Pizarro (Spain) as well as in the Boxer infantry fighting vehicle (Germany, Netherlands). MTU is to start deliveries of 589 engines for the Scout SV from 2016.

The exhibition will also include a scale model of a 20-cylinder MTU Series 4000 naval engine. Units of this series form the basis for the 48 diesel gensets that MTU will be supplying for twelve British Duke Class (Type 23) frigates as part of the Royal Navy’s vessel life extension program from 2016 on. The Type 12V 4000 M53B engines concerned each produce 1650 kW. The gensets feature outstanding shock and acoustic characteristics. Four MTU diesel gensets are also planned for the propulsion and on-board power generation systems on each of the Royal Navy’s future Type 26 frigates. The drive concept foresees the use of MTU Type 20V 4000 M53B engines. Rolls-Royce and MTU have worked jointly to design the combined diesel engine / gas-turbine (CODELOG) propulsion system. The same engines are also in service in the German Navy’s new Type F125 frigates.

The MTU product portfolio for the governmental sector encompasses engines for land-based defence vehicles in the 160 kW to 2,016 kW range as well as engines producing from 269 kW to 10,000 kW for naval applications. MTU engines are in service worldwide in cutting-edge vehicles including infantry fighting vehicles, mine-clearing vehicles and armoured recovery vehicles as well as in vessels ranging from frigates and mine-sweepers to submarines, including the Royal Navy’s Astute Class vessels.

An actual drive unit from the new German Puma infantry fighting vehicle will also be on show. The unit is an MTU Powerpack based on an MTU Type 10V 890 engine which delivers 800 kW of power to take the Puma to speeds of up to 70 kph. The unit’s high power density is unique in this application and its light weight and compact volume ensure outstanding flexibility for integration in available installation spaces, making Series 890 engines an interesting proposition for future projects.

At DSEI, MTU will also be presenting a model of its advanced-design, Series 4000-based diesel genset for submarines. The unit, which will generate 1,300 kW, is currently under development and is expected to be available in 2016. It allows full exploitation of the potential offered by Li-ion battery technology as well as facilitating significant charging cycle reductions. The new genset also offers decreased fuel consumption which increases the vessels’ range with the same size fuel tank.

As a systems provider, MTU is also able to develop and supply propulsion solutions which include ship automation systems. The exhibition stand will include a model of a vessel with a propulsion system developed by MTU and incorporating a combination of diesel engines and gas turbines for maximum operational efficiency and flexibility (Combined Diesel and Gas Turbine – CODAG). On the stand, the system is exhibited in conjunction with Callosum, the latest, user-friendly automation system developed by MTU. Callosum allows monitoring and optimized control of the vessel’s propulsion system as well as all on-board ship systems and since 2008, it has proved its effectiveness in demanding operational assignments with numerous navies and coast guard authorities.