Twenty-four of Yanmar's engine models have been certified to the new emissions standard which goes into effect starting January 1, 2019. 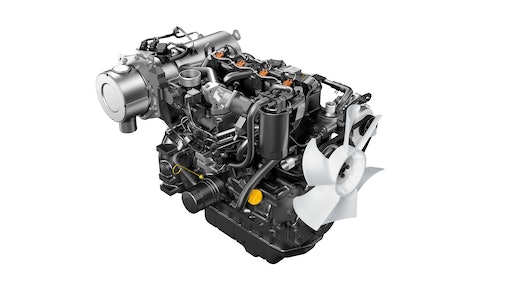 Yanmar Co. Ltd. has released a list of diesel engines manufactured by the company that are certified for compliance with the European Stage V (EU Stage V) off-road emission standards set to come into effect from 2019. Yanmar has acquired certification not only for the stricter NOx*1 and PM/PN*2 standards imposed on the 19 kW and over range, but also for the newly imposed emissions standards for the under 19 kW range. The list of certified Yanmar diesel engines is shown in the table below.

The EU Stage V standards to be introduced in Europe are one level stricter than existing standards, and will be implemented over 2019 and 2020 towards limiting the impact of emissions and preserving the environment for future generations.

The 24 certified models of diesel engines sold in Europe are installed in a variety of industrial equipment such as construction equipment and agricultural equipment.

The new European emissions standards, commonly referred to as "EU Stage V", will apply to engines installed in off-road mobile equipment, as stipulated according to engine output. The standards come into effect over 2019 to 2020. These EU Stage V standards will also be applicable to diesel engines with an output range of less than 19 kW which were previously not targeted by the existing standards.

For models with an output of 19 kW and more, the permitted values for NOx and PM emissions are one level stricter than existing standards. In addition, new PN standards have also been set making the new emissions standards generally the strictest in the world.

Some diesel engine models operating in the European market now require engine management systems to limit operation in the event of a malfunction in emission control systems or if the engine has been illegally modified.