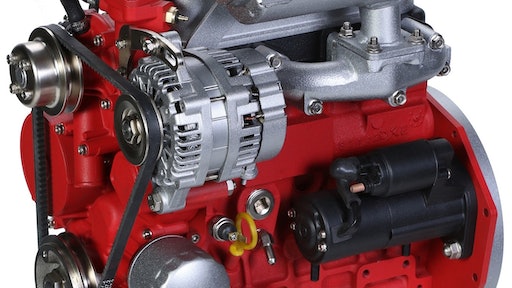 DEUTZ Corporation will exhibit its growing, versatile line of engines at the upcoming World of Concrete show on January 22-25, 2019 at the Las Vegas (NV) Convention Center. As always, the company looks forward to this particular show and the many opportunities it presents.

“World of Concrete is a very important show to us for many reasons,” says Steve Corley, Chief Sales Officer for DEUTZ Corporation. “This show has a reputation for showcasing the very best concrete and masonry products and equipment to the many professionals who depend on them for their livelihoods, day in and day out. And, it presents us with the opportunity to demonstrate our newest engines to an international audience.”

This year, at World of Concrete booth N1837, DEUTZ plans to showcase its D1.2 engine, a new member of the company’s under-25 hp range. Initially available in the Americas, the D1.2 is designed to better meet growing number of customers who want to efficiently power machines like aerial platforms, welders, trenching equipment and mini skid-steer loaders, as well as equipment for lawn and garden and pump applications.

DEUTZ has entered into an MOU for the D1.2 with Kukje Machinery Co., with the mutual intent for both parties to sign a long-term agreement for this engine and another new model, the D1.7, in early 2019. Both will be DEUTZ-branded and fully supported by the DEUTZ service network.

“The D1.2 is a simple, cost-effective, mechanical engine that meets the latest emissions regulations both here in North America and in the EU,” said Robert Mann, DEUTZ Corporation president and CEO. “Meanwhile, the other power solutions we’ll have on display further demonstrate the fact that DEUTZ continues to provide one of the broadest product lines in the industry.”

Learn more about DEUTZ engines and the product support that backs them by visiting with company representatives at World of Concrete Booth N1837.