Use of Bosch's common-rail system enabled the efficiency gains in the truck diesel engines. 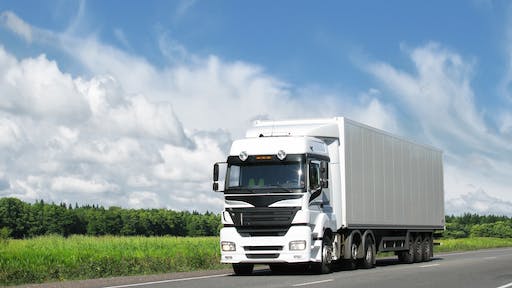 Bosch and the Chinese engine manufacturer Weichai Power have made a huge leap forward in engine technology. The two partners have successfully increased the efficiency of Weichai diesel engine for heavy commercial vehicles up to 50%, thus setting a new global benchmark. Currently, thermal efficiency for truck engines averages around 46%.

“In increasing the efficiency by four percentage points, we have jointly reached a new milestone. Even though the diesel engine is nearly 130 years old, its development continues,” says Dr. Volkmar Denner, chairman of the board of management of Robert Bosch GmbH.

In addition to its common-rail system with injection pressure of 2,500 bar, Bosch also contributed its full technical know-how in fuel injection systems. Particularly when it comes to commercial vehicles, and above all when heavy loads have to be transported over long distances, the diesel engine will remain the preferred choice for the foreseeable future. For this reason, Bosch and Weichai aim to steadily refine this technology with an eye to protecting the climate and environment.

Bosch provides its modular common-rail system for the six-cylinder diesel engine with 12.9 L displacement. Because it guarantees efficient fuel supply and injection, it is a critical element in ensuring the engine complies with the China VI emissions standard. The Bosch system can be used for pressure levels from 1,800 to 2,500 bar and configured for engine sizes up to eight cylinders. High injector flow rates make it possible to optimize the combustion strategy and achieve high engine performance. Depending on the demands it is subject to, the system can last for up to 1.6 million km. The common-rail system is also designed to work with an electrified powertrain. 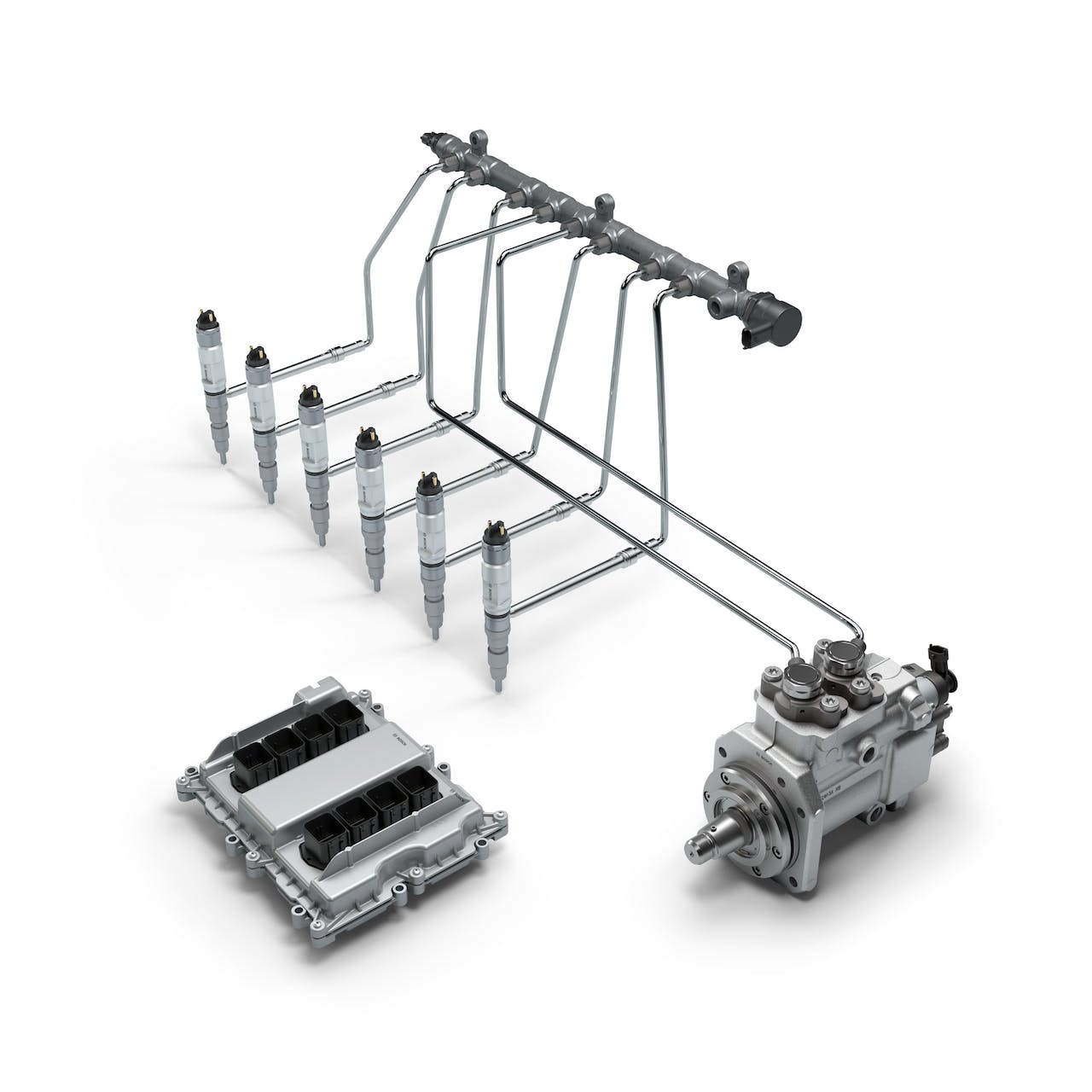 Bosch and Weichai, China’s largest manufacturer of engines for commercial vehicles, have enjoyed many years of partnership. Their strategic alliance began back in 2003. Over the 17 years since, both companies have pooled their strengths and expertise in multiple endeavors, one of which was supplying the Chinese market with powerful, energy-efficient, and eco-friendly diesel engines. Furthermore, Bosch and Weichai collaborate in several other areas, including the mobile fuel cell and driver assistance systems. They are united by a common objective: making commercial vehicles even cleaner, safer, and more intelligent. Bosch and Weichai’s close partnership also extends beyond vehicle technology – to Industry 4.0, for example, and in turn, the connectivity and digitalization of factories.

Bosch aims to make transportation as resource-friendly as possible, and is pursuing the vision of CO2-neutral and virtually emissions-free mobility in several ways. In its approach to future powertrain technology, the supplier of technology and services is keeping an open mind. On the one hand, Bosch aims to become the market leader in electromobility with battery and fuel cell-powered vehicles. Electric vehicles are climate-neutral if the charging power and hydrogen are sourced from renewables. On the other hand, Bosch is developing technology for efficient combustion engines to combat global warming and protect the environment to the greatest extent possible. If they run on RSF, gasoline and diesel engines can also be climate-neutral on the road. Bosch expects around one-third of all newly registered vehicles worldwide to be purely electric by 2030. Two-thirds of them will still be powered by a combustion engine, many of them as hybrids. 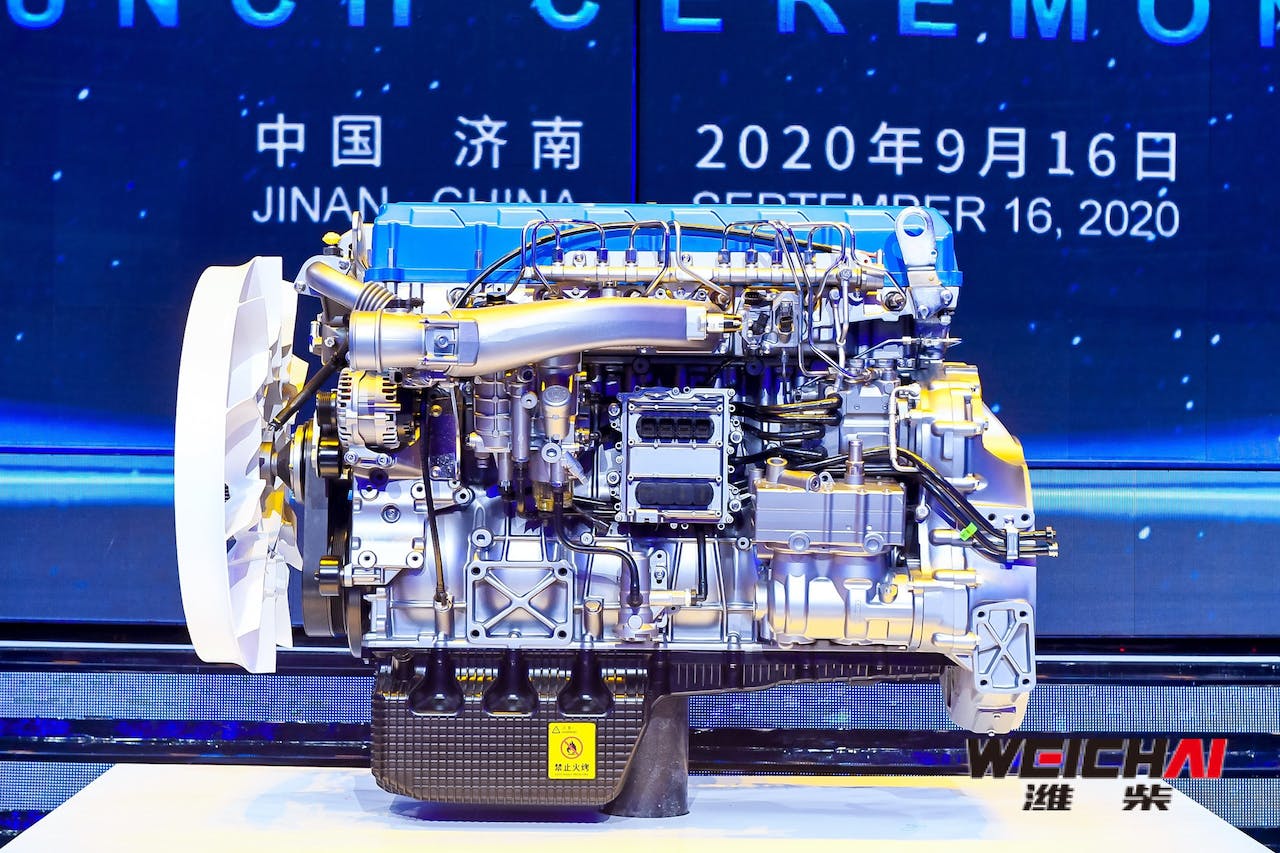