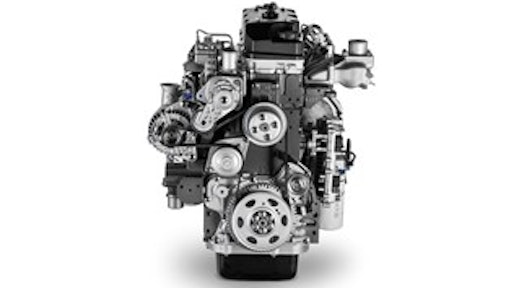 FPT Industrial has announced its new E-Series crawler excavators from CASE Construction Equipment to be powered by the FPT's Stage V NEF engines.

With the E-Series CASE completes its Stage V offering. The new E-Series incorporates more powerful and efficient Stage V engines, which offer greater displacement, while meeting stringent emissions requirements. The 13-18-metric ton models feature the N45, the 4.5-liter engine from the NEF series, while the N67 (6.7-liter, 6-cylinder version from the same engine family) powers the 21-30-metric ton models. The NEF engines powering the new CASE E-Series include EGR-free architecture, while the FPT-patented HI-eSCR2 after-treatment system results in low running costs; which has no need for mechanical cleaning or replacement parts over its life cycle.

High-capacity filters with clogging sensor deliver service intervals of up to 1,000 hours, an improvement over previous solutions. With the NEF engines powering this new range of excavators, more and more CASE Construction vehicles are being supplied with FPT engines. To allow the use of renewable fuels, NEF Stage V engines fitted on all E-Series models are compatible with EN15940-compliant fuels, such as the increasingly popular HVO (Hydrogenated Vegetable Oils).

Since 2001, more than 2 million FPT engines have been manufactured for a wide range of applications: construction equipment, agriculture, on-road, marine, and power generation. FPT Industrial’s offering for the earthmoving sector features engine families with power outputs ranging from 40 to 670 kW, and displacements of 2.8 to 20 liters. They can be installed on a number of applications such as excavators, wheel loaders, skid steer loaders, graders, dozers, forklifts and cranes, among others. The NEF series stands out for its flexibility, with 4- (N45) and 6- (N67) cylinder configurations, as well as a wide range of options to customize the solution to the customers’ requirements.

Both NEF engines and the HI-eSCR2 system for Stage V compliance are offered in a compact and lightweight package to facilitate installation on the vehicle and offer a range of after-treatment layouts.

“The new CASE E-Series excavators are a perfect example of how a combination of new and leading features can integrate and work together to deliver customers great and real benefits.” said Diego Rotti, FPT off-road product marketing manager. “We are proud to provide CASE Construction Equipment with powerful and efficient engine solutions granting the technological excellence they deserve and to do our very best to keep CASE at the top of such a competitive and demanding industry.