After nearly a decade's worth of short-term extensions, a long-term highway bill is passed. 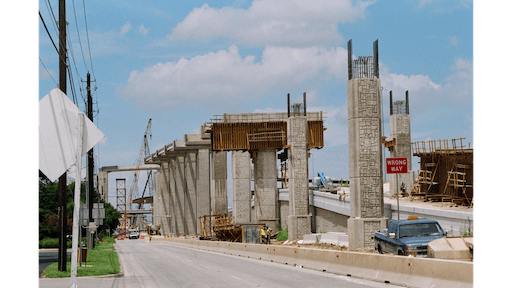 As funding for America’s highways was about to expire, Congress passed and President Obama signed the Fixing America’s Surface Transportation Act (FAST Act). The 5-year, $305 billion highway bill calls for spending approximately $205 billion on highways and $48 billion on transit projects over the next 5 years. It is the first long-term national transportation spending package in a decade and follows a string of temporary patches that began before Obama entered office.

AEM President Dennis Slater said, “The FAST Act will offer 5 years of stability to our nation’s surface transportation programs while steadily increasing infrastructure investment. This certainty extends to both the equipment manufacturing industry and the entire economy.

“This legislation is doubly important for manufacturers, though, because it also provides for a long-term reauthorization of the Export-Import Bank of the United States. Ex-Im is a vital tool for manufacturers, and the FAST Act’s reinstatement of Ex-Im represents a triumph of common sense.

Brian P. McGuire, President and CEO of Associated Equipment Distributors (AED) echoed Slater’s statement. “Equipment dealers, manufacturers and their customers can now once again plan for the future. Over the next 5 years, the hundreds of billions of dollars in federal highway and transit investment guaranteed in the bill will stimulate more than $13 billion in equipment sales, rental and maintenance activity and support more than 4,000 dealership jobs each year.”

According to the National Asphalt Pavement Association (NAPA), the FAST Act would grow annual federal highway investments by 15.1% from the current $40.3 billion to $46.4 billion by FY 2020.
However, even before signing the 5-year FAST Act on Dec. 4, President Obama recognized this wasn’t a homerun. “This bill is not perfect, but it is a commonsense compromise, and an important first step in the right direction,” he said.

Where the funding comes from

The FAST Act uses a variety of onetime cost savings and non-transportation resources to supplement incoming trust fund revenue to support its investment levels over the next 5 years.
The measure formally reauthorizes the collection of the 18.4 cents per gallon gas tax that is typically used to pay for transportation projects. The gas tax has been the traditional source for transportation funding since its inception, but lawmakers have resisted increasing the amount that drivers pay.

The federal government typically spends about $50 billion per year on transportation projects; the gas tax only brings in $34 billion annually. Therefore, the FAST Act also includes $70 billion in “pay-fors” to close the $16 billion deficit.

“Congress and the Obama Administration again sidestepped a golden opportunity to put the federal highway and transit investment program back on solid financial footing for the long term,” says Ruane.
An AASHTO staff analysis shows the bill’s highway programs will see an overall funding increase of about 5% the first year and 2% annually after that. But that analysis also points to a sizable cut looming for state DOTs’ highway funding in the final year of the FAST Act.

As a longer-term budgeting provision, the law locks in a $7.6 billion rescission of unobligated contract authority on July 1, 2020, and requires the state agencies to apply their cuts proportionally across certain program categories while exempting others. Unless that provision is removed in coming years, state DOTs will face contract authority cuts midway through the summer construction of 2020, says Joung Lee, AASHTO’s policy director, and that could severely impact their entire fifth year of project planning under the bill. “If this were to happen, at best there would be a major reduction in states’ flexibility to manage their highway programs; at worst, it could lead to cuts in federal funding for vital projects all over the country for that year,” Lee says. |

Hatz Components has been established as an independent unit to help drive further growth while a partnership with Sontheim Industrie Elektronik will create digital solutions for predictive engine maintenance.
Sara Jensen
January 20, 2022