Continued technology adoption in the construction industry will help to overcome some of the challenges associated with infrastructure development. 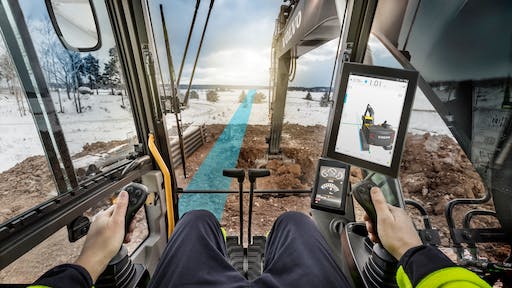 Just before National Infrastructure Week in the U.S.— which took place this year May 14-21 and is aimed at emphasizing infrastructure as a critical issue impacting the country’s economy, society, security and future—Topcon hosted the California Infrastructure and Technology Summit during which it highlighted the challenges facing infrastructure development and means of addressing those challenges, such as through increased adoption of technology.

According to Ray O’Connor, President & CEO of Topcon Positioning Group, the U.S. is the #1 economy in the world, #1 agricultural producer and #1 global currency, yet #10 in infrastructure. “We are losing such a competitive advantage against all other major industrialized nations in the world,” he said during the summit. “Why? Because we’re not invested in infrastructure.”

While there are infrastructure projects occurring, he said many, using those in the area of California where Topcon is located as an example, are done in small, ‘band-aid’ sections. “What a waste of money in our country to be band-aiding infrastructure together,” O’Connor said. “It has to be done as a major investment and major project to really give a competitive edge and develop the infrastructure we need at a cost that makes sense to us.”

He said part of the dilemma is the growing population and the inability to keep up with it on an infrastructure basis. More people means there are an increased number of roadway and public transportation users, as well as an increased need for more goods to be transported. In 1960 there were 3 billion people on the planet, and by 2012 that number rose to 7 billion. By 2035, 9 billion people are expected to be on the planet, increasing the need to expand as well as maintain infrastructure. “You’ve got to figure out smart ways to solve these problems. You can’t continue to let the infrastructure deteriorate,” said O’Connor.

O'Connor noted figures from Standard & Poor’s show that to keep up with infrastructure needs, $60 trillion is needed, but only $24 trillion is currently available. “How do you fix that gap, how do you solve that problem?” he said. “That’s a huge part of the problem we’re trying to solve.”

In addition, O’Connor said construction productivity hasn’t seen any significant improvements while industries such as agriculture and standard manufacturing have seen significant productivity gains. Implementation of technology and improving the way things are designed have enabled these productivity increases. “Why can’t we apply that to the industry we’re in?” 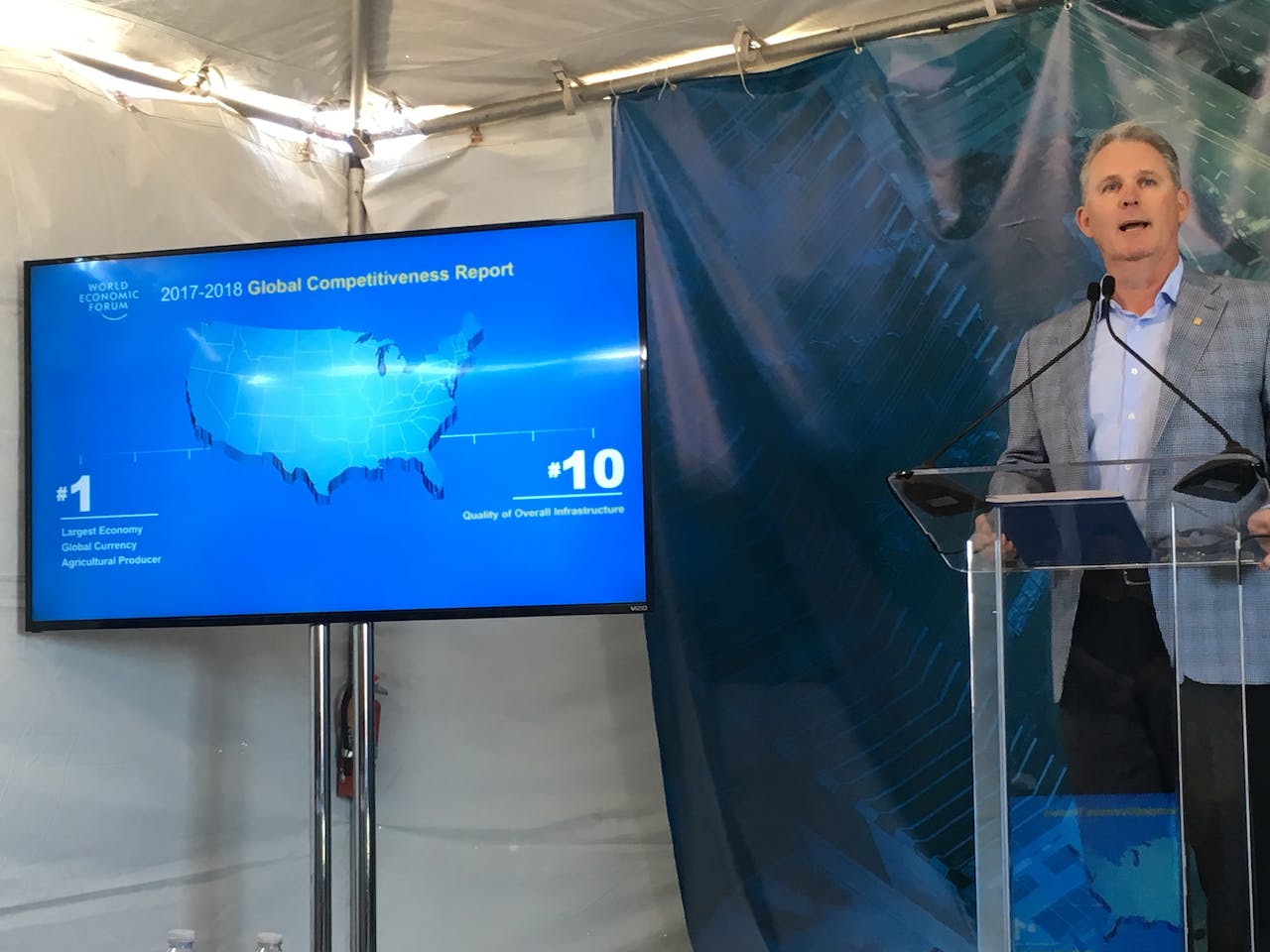 Ray O'Connor discusses the need for the U.S. to invest in infrastructure to stay competitive with the rest of the world.S. Jensen

He said that as the largest manufacturing industry in the world—as construction is responsible for manufacturing roads, bridges, buildings and more—construction is also the least automated. However, Topcon has spent several years trying to change this. O’Connor said the company started with a vision 25 years ago of increasing the use of technology in the construction industry. “I thought in 5 years we’d put all this technology on machines and we’d be done,” he said. “Here we are 25 years later and it’s just at the tipping point.”

The industry has finally started to see the value various technologies—such as GPS, telematics and machine control—can offer in terms of both productivity and cost savings. Today O’Connor said there is more technology on a bulldozer than a 747 jet. “You can land a 747 jet 1 m (3.3 ft.) left, [or] 1 m right and it’s okay. But you can’t build the runway that it lands on 1 m up or 1 m down.

“And that’s the technology we’re putting on these machines. Satellites 11,000 miles (17,702.8 km) away in space [are helping to measure] within a millimeter on the face of the earth.”

The sign of this tipping point is the fact that many OEMs such as Komatsu, John Deere, Caterpillar and Volvo are installing these systems at the factory and bringing the technology to market as part of its standard equipment. O’Connor said just 4 or 5 years ago Topcon’s systems were being installed in the field, but are now being done so at the factory level which has been driven by contractors who see the benefits of utilizing the technology.

As an example of this, in May of this year Topcon announced it was integrating its technology with Volvo Construction Equipment (Volvo CE) Dig Assist to help improve workflows. The system established by the two companies allows Topcon 3D machine control software (3D-MC) to seamlessly integrate with Volvo CE Dig Assist for use in a range of excavators. Doing so helps provide real-time guidance by including 3D design files, as well as connectivity to Topcon workflow solution platforms in order to improve productivity on job sites.

To further its efforts for increased safety, productivity and uptime on job sites—such as infrastructure projects—Volvo CE announced in June it will test the use of 5G enabled technologies at its test site in Eskilstuna, Sweden. Considered the next generation of mobile networking, 5G is expected to provide faster transfer speeds than current 4G networks, enabling large amounts of data to be transferred in less time. This will be a beneficial aspect to the company’s efforts to advance its autonomous technology developments which are aimed at not only creating safer working environments, but also more productive ones.

Patrik Lundblad, Volvo CE’s Senior Vice President of Technology, said in the press release announcing the test project, “The advantages of a faster, more reliable 5G network represent a huge step forward in connectivity. Within the construction industry it opens up great potential for processing mobile data and will inevitably impact the ways in which our machines communicate and interact remotely.”

With these new technologies, a task such as surveying that once took weeks can now be done in hours, enabling the amount of time, and cost, it takes to complete an infrastructure project to be reduced. O’Connor said there have been “amazing developments in technology that are allowing us to do things that weren’t possible even 5, 10 years ago.”

He went on to say that Topcon is focused on shrinking the gap associated with current infrastructure needs by continuing to develop, advance and implement its various technologies. According to a recent study from McKinsey & Co., the adoption of technology is already shrinking the infrastructure spending gap to between $12 and $20 trillion by 2030. “So there’s already major progress being made,” said O’Connor. “In that major report [McKinsey] put out in 2017, they said ‘Technological disruption may completely upend estimates [of] infrastructure investment needs.’ That’s going on today. 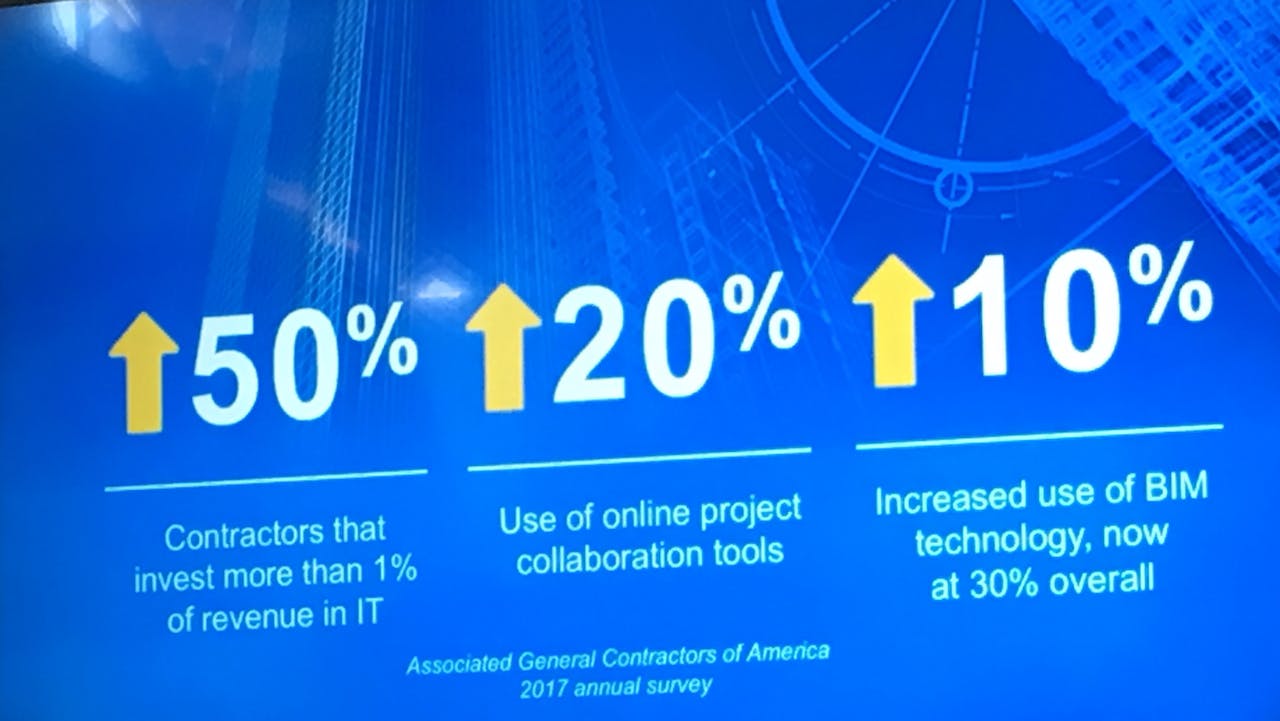 Contractors are investing more in technology due to the benefits they see in reducing project costs and increasing productivity.S. Jensen

“It’s taken us years to get penetration in the market where it’s really making an impact so that the OEMs start installing [the technology] and making it standard,” he continued. “These technological developments offer opportunities that were largely unforeseen not too long ago. So it’s making a significant impact, and we’re shrinking the [investment] gap.”

O’Connor said countries such as Japan and Germany are mandating public projects use various types of advanced technologies to aid their productivity and efficiency. While no such mandates exist in the U.S., he said contractors are using these products because they know the benefits possible. “They’re doing it because it drives their costs down and improves profitability,” he said. “But having the government [mandate] it just makes sure everybody is getting the benefit of the technology."

He noted the number of contractors who invest more than 1% of their revenue in IT is up to 50%, and that 20% use online collaboration tools. 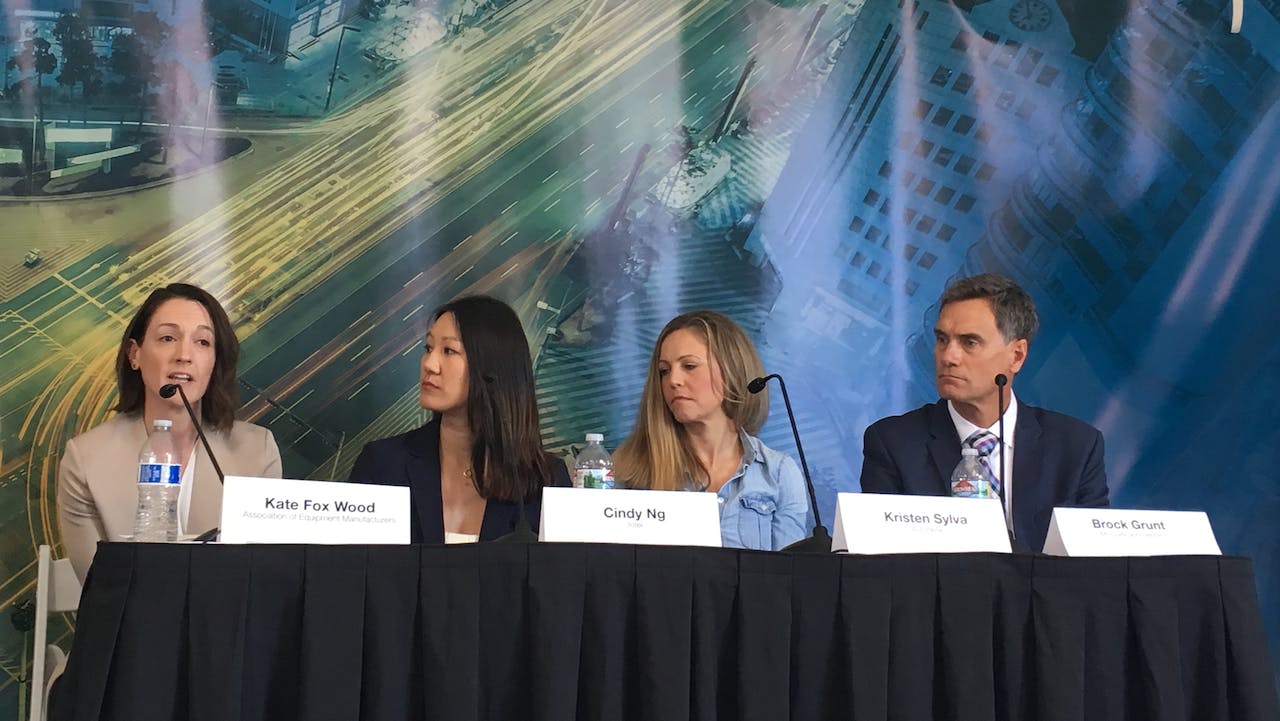 A panel of speakers from the construction industry discussed current infrastructure needs and technologies, as well as how both impact the industry.S. Jensen

As part of its summit, Topcon held a panel discussion with speakers from the Association of Equipment Manufacturers (AEM), Intel, Autodesk and a local contractor using Topcon’s products to discuss the current state of infrastructure and the technologies available.

Watch the entire panel discussion below