In general, COVID-19 has had a negative impact on most aspects of the agricultural industry and farm incomes are anticipated to be lower than originally projected at the beginning of the year. 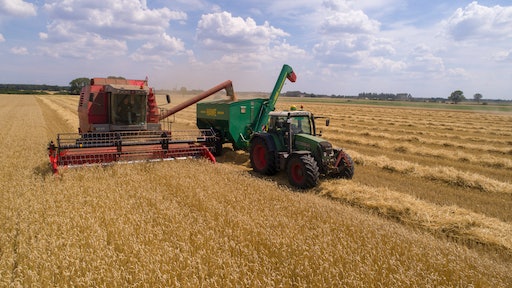 Back in February, the U.S. Department of Agriculture (USDA) was projecting a $3.1 billion increase in net farm income this year. Then COVID-19 emerged. Prices for hogs, cattle and dairy collapsed. Ethanol returns dipped into the red. Futures for staple commodities like corn and soybeans plummeted.

As of this publishing, the USDA had yet to issue its reforecast. However, a private forecast from the Food & Agriculture Policy Research Institute estimates farm income to drop roughly 11% from the USDA's original projection.

That kind of sudden, unexpected reversal of fortune typically leads to one thing: demand shock. That is one reason why many economists are now talking more about a U-shaped recovery curve than a V-shaped curve. Still, it is nothing more than a guess since so many unknowns persist.

"Trying to figure out the true extent of COVID-19's impact is like staring into a deep, deep mist," says Association of Equipment Manufacturers (AEM) Director of Market Intelligence Benjamin Duyck.

In the meantime, Duyck offers analysis of the "U.S. Ag Equipment Forecast" from Oxford Economics, a leader in global forecasting and quantitative analysis. Oxford generates forecasts for a variety of potential scenarios. Its baseline forecast calls for a 15% decrease in gross U.S. ag equipment output in 2020, followed by a strong rebound in 2021. Oxford's most negative outlook pegs this year's decline at 26%. "But even those more negative outlooks have us rebounding 6-10% in the following years," Duyck points out.

Speculation aside, existing data shows the stinging impact of COVID-19 in the month of March.

AEM's monthly "U.S. Ag Tractor and Combine Report" shows that farm tractor unit sales were down just under 1% for January-February as compared to the previous year. In March, sales plunged 15.6%. Self-propel combines had a rougher Q1 all around. Sales were down 22.6% in January-February, and another 11.9% in March. "Although the March numbers were likely impacted by COVID-19, it is still too soon to tell the ongoing impact of this crisis on ag equipment sales," Duyck says.

As difficult as it is to look into the deep mist of the COVID-19 economic crisis, the CEO survey helps bring a few things into focus. Roughly 62% of CEOs anticipate improvements through the remainder of the year, while just 11% see things as getting worse. Roughly 27% expect things to remain the same.

The COVID-19 crisis has stifled a considerable amount of economic activity while also forcing changes in consumer behavior. A trickledown effect has reached virtually every corner of the ag industry — only the "trickle" has been more like a mudslide.

On the supply side, immediate impacts have been a loss of marketing outlets, reduced processing capacity, labor supply restrictions, border restrictions and transportation issues. In the longer-term, supply side challenges are led by ongoing pricing pressures.

Take ethanol, for example. As the economy has contracted, so has fuel consumption. Ethanol producers have been hit hard. Futures prices were down 23% in mid-May. "That is naturally going to have impacts on demand for corn," says Dr. Robert Johansson, Chief Economist for the USDA.

Like ethanol, corn futures prices have also fallen dramatically (19%). Several other commodities have been hit just as hard, if not harder:

"There have been some exceptions," Johansson points out. Soybean futures are down 13%, while wheat and sugar are down just 6% and 3%. "We have actually seen increased demand for rice," Johansson adds. "We have also seen global controls on rice exports being imposed in several countries, which is serving to push up the global price for rice (by roughly 15%)."

In addition to crop commodities, livestock processing plants have also been hit hard.

Through May 6, beef slaughters were down 31% from a year ago, while pork slaughters were down 34%. Chicken slaughters fared far better, down 3%, largely due to the more "regional" nature of the poultry business. On a positive note, several processing facilities that were forced to shut down have since reopened. How fast they make up lost ground remains to be seen.

"We are starting to see some operations resume," says Dr. John Newton, Chief Economist for the American Farm Bureau Federation. "Mid-May was the first time in a while where 100% of plants were operational, though many were still not operating at full capacity. Still, we started to see that weekly slaughter rate start to improve — though there is still a long way to go before we return to where we were before the outbreak."

But progress is progress, helping any economic recovery curve start to take shape.

"We still expect to see a year-over-year increase of beef, pork and broiler production in the U.S.," Johansson adds. "Total meat production is expected to be up 3% to 108 billion pounds. We also anticipate a 2% increase in milk production to 222 billion pounds. Now, those volumes may fall. Why? We have seen some significant disruptions at milk processing plants, as well as beef slaughter facilities. Pork plants have also faced some significant disruptions."

The ability of various elements of the supply chain to function "normally" will influence how quickly the broader agriculture industry can embark on a sustained path of recovery.

According to Todd Van Hoose, President and CEO of the Farm Credit Council, supply chain interruptions have been a big challenge. A tremendous amount of food production was geared toward the restaurant and grocery channels. When restaurants were effectively forced to close down around the country, the supply chain quickly backed up.

Just think about what this seismic, "stay at home" cultural shift has already had on society. In 2018, Americans spent $1.7 trillion on food. Roughly 39% of that was spent at restaurants, with another 37% spent at grocery stores.

"What we immediately saw with the stay at home orders was a need to move some of these agricultural products originally consumed in the restaurant channel over to the grocery store channel," Newton says. "That created some supply chain issues. Quite frankly, some of the processing plants were not fabricated to package product in retail sizes. This is what created the first backlog in the supply chain."

Grocery stores ultimately saw a sales jump of 27% in March, while restaurants saw a 25% decline. However, the net effect was that fruit, vegetable and livestock producers began seeing less demand for their products.

"We are advocating that Congress take a direct hand and provide assistance beyond what it has already provided," Van Hoose says, adding that the discussion has moved far beyond "policy debate" as to whom should receive assistance. "We are now talking about how to preserve the American food supply chain. Bigger producers are actually losing the same amount of money per head as smaller producers. Those bigger producers who supply 80% of our food need assistance, too."

Van Hoose also had some concerns about specialty crop producers.

"Specialty crops have been flying a bit under the radar, but are also having enormous problems," Van Hoose points out. "Specialty crop turnover has to be pretty quick. The supply chain disruptions we've been seeing, especially with the restaurant industry, often result in producers having nowhere to go with their product. Fruit is just spoiling and vegetables are simply being plowed back into the ground."

Looking ahead into summer, Van Hoose says the Farm Credit Council has most of its financing packages in place, and will continue to do what it can to support agriculture businesses. But when you put a pencil to it, it's hard to envision many businesses making any kind of profit this year.

"Without significant support from the federal government, we are going to continue to see great disruption out there in farm country," Van Hoose says.