CEMA reports agricultural tractor registrations for the first half of 2020 decreased by 12.08% compared to the previous year. 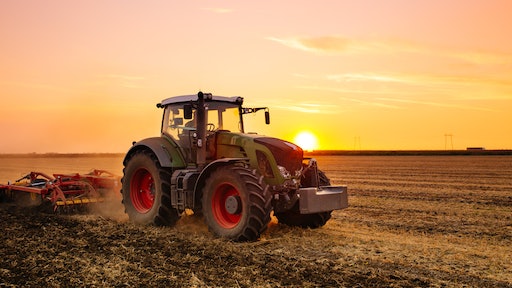 Overall, some 89,105 tractors were registered across Europe in the first 6 months of 2020, according to numbers sourced from national authorities. Of these registrations, 23,556 tractors were 37 kW (50 hp) and under, and 65,549 were 38 kW and above. CEMA considers that 68,831 of these vehicles are agricultural tractors, the rest being quads, telehandlers or other equipment.

When comparing the trends per power category, registrations for all tractors decreased in the first 6 months of 2020 compared with 2019, with the exception of tractors between 23-37 kW. Overall, more than half of all tractors registered are below 75 kW and less than one out of four is above 110 kW.

With such a dramatic COVID-19 impact, industry requested some flexibility for machines to be fitted with transition engines already manufactured and procured before the crisis. European Institutions rightly amended the most urgent aspects of Stage V Regulation and extended by 12 months the June 30 and December 31, 2020 deadlines for the production and placing on the market of NRMM and tractors fitted with transition engines <56 kW and ≥130 kW. Tractors fitted with transition engines between 56 kW and 130 kW are not affected by this extension and retain the applicable deadlines. Based on numbers sourced from national authorities, registrations for machines from 56 to 129 kW fell by 16.03% in the first 6 months of 2020, with a record 23.55% drop in the second quarter. Therefore, the European Commission must continue to monitor the effect of COVID-19 on the industry and conduct a timely assessment of the impact regarding upcoming deadlines for machines to be fitted with existing transition engines between 56 kW and 130 kW, undertaking new legislative actions as appropriate.

The two biggest tractor markets in Europe remain Germany and France. But while all tractor registrations only fell by 2.75% in Germany when comparing with the first semester of 2019, the drop was of a dramatic magnitude in France (-18.81%), Italy (-17.98%), the UK (-25.21%) and Spain (-25.62%). The trends remain comparable when removing non-agricultural tractors from public registers.

In reviewing the registration numbers across Europe, CEMA economic experts commented, "In Germany, a higher fundamental investment need when compared to 2019 was indeed confirmed by significantly higher registrations in the first quarter of 2020 (>37 kW: +24%).

However, the coronavirus crisis then slowed down the development considerably in the second quarter (>37 kW: -20%). It can be assumed that many investments will be postponed to the second half of the year. After all, the higher needs observed in the first few months of 2020 have not yet disappeared. This is also evident in continuing higher investment plans for the coming months among farmers and contractors. Purchasing interest remains higher than in the previous year. However, purchasing interest could be hampered by the uncertain situation and the effects of new lockdowns in the course of the Corona pandemic. The expected overall average harvest in 2020 could also dampen the mood of farmers, especially as the price situation is only average.

In Italy, the first half of 2020 closed with a sharp decline in tractor registrations of 18% compared to the same period last year. After opening with a slight decrease (-3.7% in January and February), 2020 saw a drastic worsening with the progress of the pandemic, followed by a reduction of many production activities. The contraction was recorded above all in March (-34.4%) and in April (-23.3%), and continued in May (-24.7%) despite the loosening of the lockdown with the start of the so-called phase 2. A decrease was recorded in June (-14.4%), but with less severe percentages than those of the previous months, indicating a slow recovery. On the positive side, public initiatives were announced to support investments in innovative machinery and technologies for agriculture.

In the United Kingdom, registrations in the first half of 2020 were down by a quarter, compared with the same period last year. While this was partly due to the effect of COVID-19, other factors also contributed, notably adverse weather conditions, which reduced demand from farmers. Political uncertainty following the UK’s departure from the EU also continues to have an impact on farmers’ willingness to invest in machinery. It is worth noting that registrations in early 2019 were higher than normal due to the original Brexit date, so the true fall in the market was probably smaller than indicated by the figures.

In Belgium, comparing the first half year of 2019 with 2020, we see a decline with almost 6% for agricultural tractors. This is odd as normally we would see an increase in the year after the Agribex fair. Compared to 2018 the decline is even 30%. For the moment sales are tough, with low potato prices, supply exceeding demand for field crops and low consumer confidence after the second COVID outbreak. Nevertheless and quite contradictory, July and August seem to show some promising results. The importers suspect to close the year with 5-7% decline compared to 2019.

In the Netherlands, sales scored minus 18%. Farmers are reluctant to invest in tractors given the uncertainties regarding the development of market prices and the expected stricter requirements related to nitrogen deposition and the use of crop protection products.

In Turkey, due to the disruption of the supply chain, the production schedule of the tractor facilities is not able to return to regular production yet. Orders received from the domestic market are far more satisfactory than in 2019, which has been a rather bad year. Moreover, the market demand is ahead of supply in many tractor models for now. Despite the constricted supply, the tractor segment has boosted up in the first half of the year and the rate of growth has reached 78%. As per the latest statistics announced by the authorities, 4.088 units were registered in June 2020 and the number of registered tractors increased by 173.6% compared to the same month of the previous year. Considering the January-June period, there were 18,662 units registered to the Bureau of Motor Vehicles. As a matter of course, it would be more accurate to perform the analysis based on the average of the last 5 years in order to understand the change. Thus, the change in June indicates a 4% decrease compared to the average of the last 5 years. In the January-June period, the market shrinkage is at the level of 32%.

As stressed in the most recent CEMA barometer (September 2020), the general Business Climate Index for the Agricultural Machinery Industry in Europe has continued to improve and reached back pre-COVID-19 levels, which were however low. Passed the very significant COVID-19 immediate shock, future expectations first started to improve and, as of July, the evaluation of the current business also improved significantly. It remains to be seen if tractor registrations will confirm this return to pre-COVID levels for the second half of the year and if the lost business for the first half will be even partly recovered.