CECE reports Member State Ambassadors to the European Commission have approved an extension for the EU Stage V transition deadlines. 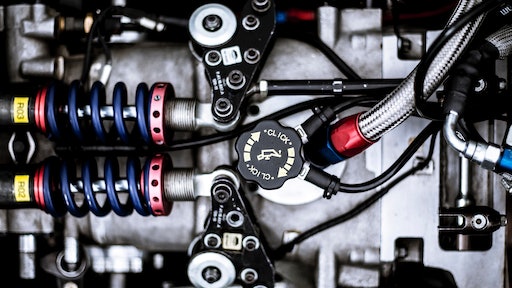 CECE reports the Member States’ Ambassadors (COREPER) endorsed a new joint position by the Council on the extension of the transition deadlines within the NRMM Stage V Regulation 1628/2016.

CECE and other industry organizations have been urgently requesting the European Commission to defer application of the Stage V transition deadlines for non-road mobile machinery (NRMM) due to the manufacturing disruptions caused by the COVID-19 crisis.

CECE says the process for the European Commission to adopt a legislative proposal should be quickly concluded with a fast-track procedure.

On June 30, the COREPER decided to change its previous text, agreeing on a new joint position, which removes the controversial review clause and includes the necessary amendment on retroactive application of the new legal text. This retroactivity clause will make the legal text applicable from July 1 even if publication in the Official Journal of the EU will take place later.

It is fundamental to note that this is a major step forward on the joint industry request to delay the application of the transition deadlines in light of the major disruptions and production stoppages within the whole NRMM manufacturing industry.

This is the result of a strong willingness by the Croatian Presidency of the Council to reach an agreement with the European Parliament in a quick and effective manner. Indeed, according to the urgency procedure agreed by the ENVI Committee, the original Commission proposal – with the inclusion of the retroactivity clause – is now again the basis for adoption by the co-legislators and foreseeable publication in the Official Journal of the EU (OJEU) during the month of July.

The most direct impact of this new Council position is to break the negotiation deadlock between the co-legislators. The groups' coordinators in the ENVI Committee can now stick to the agreed urgency procedure and bring this legislative agreement straight for the vote in the EP Plenary. This vote in the Parliament Plenary is scheduled for July 8, which will give way to formal adoption, translation, official signature and publication in the OJEU sometime in mid-July.

CECE and the other industry associations of the NRMM sector keep monitoring the situation in order to ensure a smooth run-up to the Plenary vote.

Several European associations for the mobile off-road equipment industry, including—CECE, CEMA, EGMF, EUnited Municipal Equipment & Cleaning, Europgen and FEM—first sent a joint letter to the European Commission in March asking for a moratorium on the application of 2020 and 2021 deadlines listed in Regulation 2016/1628/EU on exhaust emissions from NRMM and 2018/985/EU for agricultural vehicles.

On May 11, CECE says the associations representing NRMM manufacturers again reached out about this issue, writing to European Commission President Ursula von der Leyen to request an urgent resolution to their repeated requests to defer the production and placing on the market dates for non-road machines and tractors with transition engines.

While CECE says there has been active support from many Member States and in the European Parliament, political validation from the European Commission was still pending, leaving a baffled industry in the dark. As legal deadlines are getting close, the associations felt it necessary to reach out once again as manufacturers are faced with a disastrous prospect from an economic, human and environmental point of view.

According to the regulation, 2020 is the transition phase for Stage V engines in power ranges <56 kW and ≥130 kW and 2021 will be the transition phase for power ranges from 56-130 kW (75-174.3 hp). Complying with the regulation’s deadlines, manufacturing and procurement of transition engines have been completed. Machine manufacturers have now until June 30, 2020 to produce the <56 kW and ≥130 kW machines fitted with these transition engines, and then until December 31, 2020 to place these machines on the EU market. Identical deadlines apply in 2021 for machines in power ranges from 56-130 kW.

The cosignatories point out that the COVID-19 outbreak is causing complete interruptions of supply of parts and components. This was the case from China for several weeks and is now starting for other components from Italy and other Member States. Indeed, as the pandemic is progressing, further interruptions – including because of government-imposed lockdowns – are being put in place, planned or expected in Europe and in the U.S.

Without essential parts like tires, axles, hydraulics, lighting and electronic equipment, manufacturers are effectively prevented from completing the construction of the machines by the imposed deadlines. As a result, they will not be able to place the machines on the market with the transition engines they had already acquired. Since it will be no longer possible to use them, these engines will have to be scrapped, which will lead to avoidable economic damage and unnecessary waste of raw materials and resources.

“The situation is critical. A temporary moratorium must be granted, with deadlines postponed until the situation can be reassessed. Neutral from an environmental point of view, the measure would prevent further economic damage caused by the COVID-19 pandemic to our manufacturing industries and the jobs that depend on them,” says Jerome Bandry, CEMA Secretary General.

*Editor's note: This news was originally published on March 26 and updated with new information on July 1.