The acquisition could see the merger of Hyundai Construction Equipment and Doosan Infracore into a global construction equipment powerhouse. 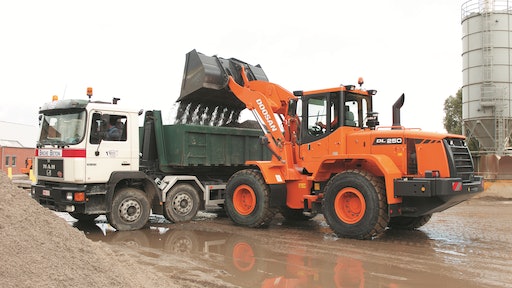 The sale of Doosan Infracore is part of the restructuring process for the beleaguered Doosan Heavy Industries & Construction, which is facing a 4.2 trillion won debt load scheduled to come due later this year. The power plant builder took a major hit when the South Korean government chose to depart from nuclear and coal power.

Doosan Heavy will sell a 36.27% stake in Doosan Infracore and its management. The company’s majority stake in U.S.-based Doosan Bobcat is not included as part of the sale.

Hyundai Heavy Industries Holdings – parent company of Hyundai Construction Equipment Co. – is the sale’s strongest contender. Its entry into the bidding process came on September 28 after Doosan Group indicated it would repay any overseas debts owned by Doosan Infracore.