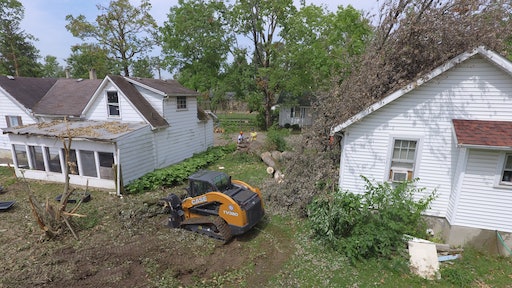 CASE Construction Equipment and Southeastern Equipment supported Team Rubicon in its efforts to help the Dayton, OH, community recover from the destruction of the EF4 tornado that caused extensive damage across multiple swaths of the city.

The tornado, which touched down late on the night of May 27, traveled 19 miles across the northern part of the city, impacting numerous residential areas. In total, it is estimated that the tornado damaged more than 1,600 homes, impacting between 7,500 and 10,000 people.

Team Rubicon started operations on May 31 with damage surveys before transitioning to tree, brush and debris removal efforts in neighborhoods including Beaver Creek, Dayton and other communities in Miami County. In many situations, large trees were sawed, then removed and cleared by a CASE Construction TV380 equipped with a construction brush grapple bucket, which was furnished by Southeastern Equipment. CASE’s Team Rubicon-branded SV340 skid-steer loader – nicknamed “The Beast” – was also used during the operation.

“The work that Team Rubicon does to help communities recover from major disasters like this is truly unbelievable,” says Gary Arthur, Manager of Southeastern’s Monroe, OH, branch. “Being on-site and seeing the amount of work that gets done when Team Rubicon’s highly-skilled sawyer teams and our equipment makes you feel good, knowing that it’s making a real difference for local families.” 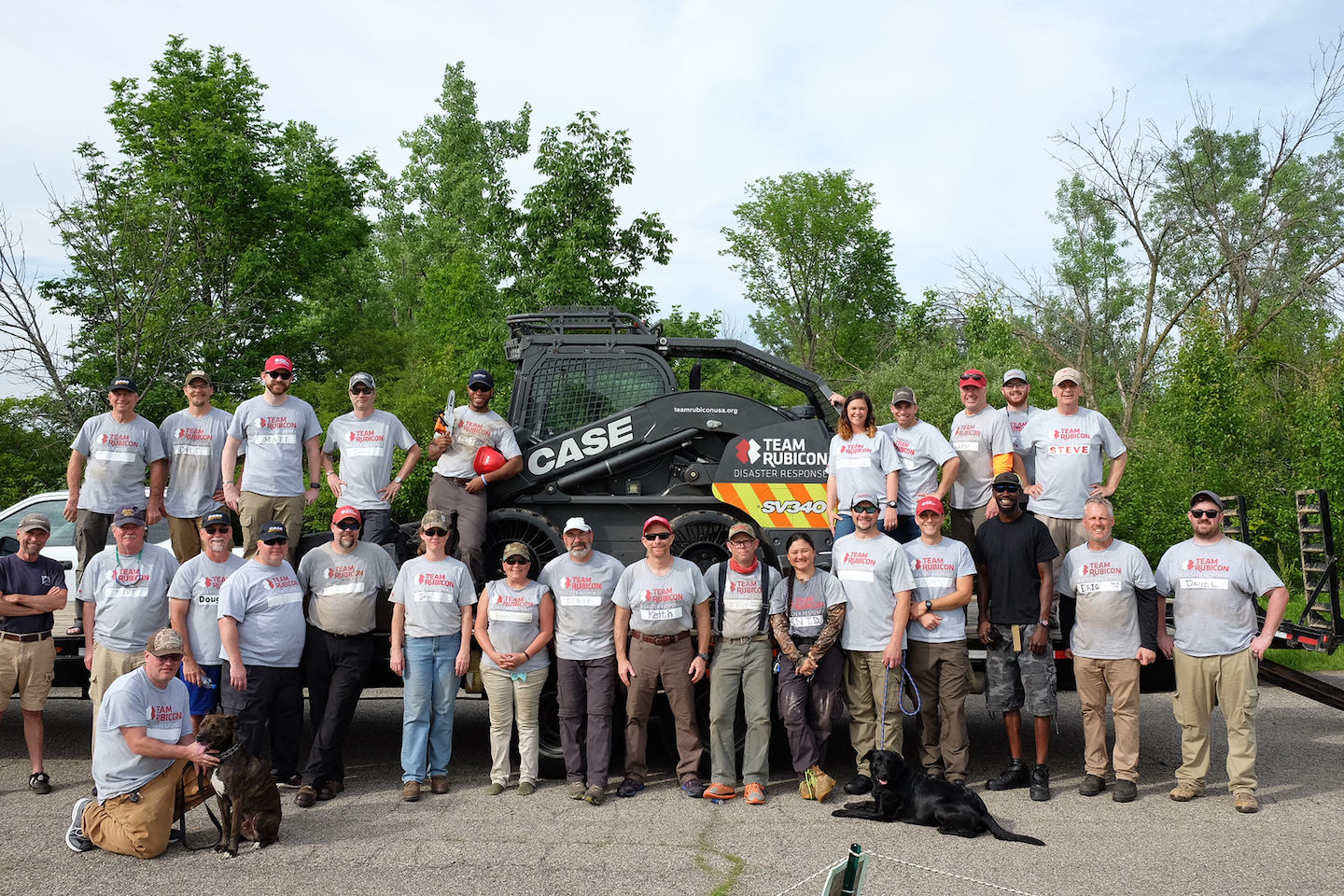 Throughout the operation, Team Rubicon had between 25 and 40 of its volunteers on the ground in Dayton. Those included trained heavy equipment operators, sawyer teams, operational logistics leads and others to help with tree and limb removal, allowing homeowners to repair and rebuild. The heavy equipment operations helped Team Rubicon complete more than 147 work orders and move more than 15,000 cu. yd. of debris.

“Mother Nature has been pretty aggressive in Ohio and across the Midwest this storm season. This recent flurry of catastrophic tornadoes in Montgomery County is just the latest example,” says Adam Ingram, incident commander for Team Rubicon. “This is the first larger scale response operation we’ve run in Ohio. Our teams are ready to put their skills to use helping these communities stabilize and recover, while restoring some lost hope in these areas along the way.”

“The heart of tornado season is here, and this is another great example of public and private organizations working together to help rebuild the community,” says Michel Marchand, Vice President – North America, CASE Construction Equipment. “Southeastern Equipment stepped up in a big way to support this effort.”