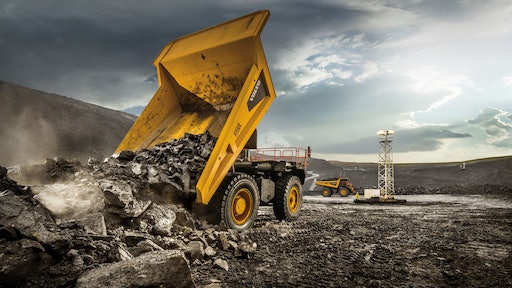 Emission regulations also have a significant impact on the mining equipment market. Environmental concerns and growing awareness of the harmful effects of vehicular emissions have forced engine manufacturers to develop engines that comply with emission norms. These regulations will drive the demand for new mining equipment.

Market growth in the region can be attributed to the large population and increasing domestic demand for raw materials such as iron, copper, and coal. The mining equipment market is dominated by key industry players such as Caterpillar (U.S.), Volvo Construction Equipment (Sweden), Komatsu (Japan), Sandvik (Sweden), and Liebherr (Switzerland).

For instance, in March 2018, Liebherr established a new facility in Rognac, France. It will provide sales, rental, and service of earthmoving, material handling, and construction machines. New product development, which provides a competitive edge in the market, was another major strategy adopted by industry players.

In 2018, Volvo Construction launched its rigid haulers. The range consists of four machines, starting at the 45-ton R45D and extending up to 100-ton R100E.

“In order to build tomorrow, that means having a good sense of what tomorrow may look like,” says Stephen Roy, Senior Vice President for the Americas, Volvo CE.
Volvo Construction Equipment
August 11, 2020

Epiroc will provide underground loaders, face drill rigs, rock bolting rigs and mine trucks, as well as several years of technical support and training for use at the Chuquicamata underground mine project.
Epiroc
May 28, 2020

Epiroc will phase out all six products within its concrete spraying business during 2020.
Epiroc
May 19, 2020

Over the past 6 years the Caterpillar autonomous fleet of Cat 789D, 793D, 793F and 797F mine trucks have achieved a milestone of 2 billion tonnes of material hauled.
Caterpillar Inc.
April 30, 2020

Mining Industry Continues to Focus on Technology and Reducing Emissions

IMDEX says investments in technology and mitigating environmental impact will continue to be among the key trends in the mining industry.
April 30, 2020

MINExpo International 2020 Explores Every Level of Equipment and Technology

Beyond equipment, MINExpo is also a place to discover software and solutions that digitize the back office, increase productivity, improve health and safety, advance environmental protection, and boost profitability.
March 3, 2020