IDTechEx's latest report overviews growing demand for electric buses in various parts of the world while demand in China appears to be on the decline. 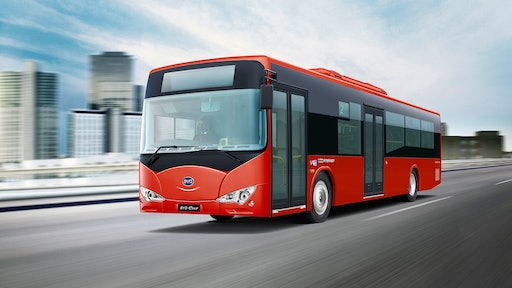 In electric vehicles, China is not what it used to be. Electric bike demand collapsed 5 years ago, and electric bus demand followed 2 years ago. With electric buses, the reason was entirely a precipitous drop in government financial support of demand and production, the peak being accentuated by pulling forward to grab subsidies while there were available. In 2020 they will be zero but despite this, in 2027 China plans that full electrification of its bus fleet will be complete. The IDTechEx report, "Electric Buses 2019-2029" has doubts about that and certainly sees little happening about the 1 million largely unauthorized buses doing school runs. It explains where the action is now taking place.

Raghu Das, CEO of IDTechEx, explains, "Until recently, it was uncertain whether the rest of the world would take up the slack of at least 20,000 pure electric buses yearly because even the RATP commitment in Paris of 800 is not of the right magnitude given that the Chinese used to place orders of up to 2,000 at a time. The biggest city in Europe, London, is way below the Paris figure."

Maybe as many as 50 countries are doing something. For example, in Wellington, New Zealand, 10 electric double-decker buses were rolled out last July, with a goal of having 32 running by 2021. Operator EBuzz in the Netherlands has ordered 159 electric buses. Solaris of Poland supplied over 100 locally then won a tender for 90 electric buses for the German capital Berlin. Brussels Airport has ordered 30 but that is dwarfed by Vietnam. A new non-profit bus service coming to Vietnam next year will introduce at least 3,000 new electric buses to Vietnamese roads.

Long term is another matter. Los Angeles County Metropolitan Transportation Authority (Metro), plans to move its entire bus fleet to zero-emissions models by 2030. This is the second-largest bus fleet in North America after New York with similar long-term ambitions. Los Angeles has 2,472 buses. That aim is contingent on continued improvements in electric bus technology–range, reduction in battery charging times and an increase in battery life cycles–as well as further reductions in price. In 2017, it placed orders for only 105 pure electric buses. Expect London, Los Angeles and New York to be heavy purchasers in 5-10 years.

However, Das points us elsewhere for the big story, "For all that, it is in India that the missing 20,000 or more electric buses yearly are likely to be ordered if electric bus demand is to recover globally. India has announced energetic moves to replace 150,000 diesel buses and it will add more in order to cope with chronic air pollution. Indeed, India already has more buses than anywhere else. Currently, there are around 1.6 million registered buses in India, out of which only 170,000 are operated by public bus operators. Under the FAME (Faster Adoption and Manufacture of Hybrid and Electric Vehicles) scheme, 60% of the bus price is contributed by the center while the rest is provided by the states."

The State of Kerala's electric vehicle policy envisages introducing one million EVs by 2022, the Chief Minister Pinarayi Vijayan says. He has planned a pilot fleet of 3,000 pure electric buses. Andhra Pradesh has recently announced it is to deploy 350 electric buses in five cities. BYD, number two in electric buses worldwide and number one in the booming electric car market in China, says it will sell 40,000 pure electric buses world-wide in the year 2021 and that has to mean a lot of exports. It has made a good start by becoming the leading supplier in Europe and the USA. The Chinese and others are allowed to sell in India whereas the figures reveal that the Chinese market for buses is effectively closed to imports. Those wanting the complete EV picture including five parameters forecasted for 2019-2030 for 100 categories of electric vehicle by land, water and air - 6000 data points - should consult the new IDTechEx report, "Electric Vehicles 2020-2030."