ACEA's latest report shows a decline in November, though commercial vehicle registrations for the year so far are up 2.2%. 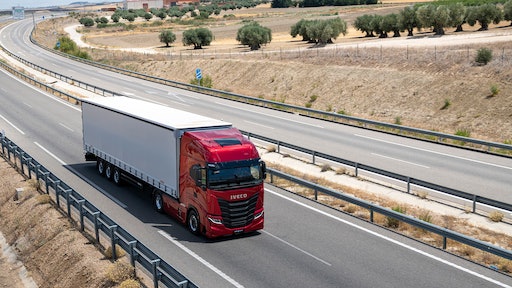 In November, registrations of light commercial vehicles fell by 7.9% across the European Union. The main cause remains the introduction of the new WLTP emissions test on 1 September. As a result, demand for new vans dropped in most EU countries last month, including the five major markets: Italy (-11.6%), the UK (-9.6%), France (-6.1%), Spain (-3.7%) and Germany (-3.3%).

From January to November 2019, the EU market for new vans went up by 2.3% to reach more than 1.9 million vehicles registered, despite the declines posted during the last three months. The five major markets have all posted gains so far this year; notably Germany (+7.4%), Italy (+4.3%) and France (+4.1%).

Last month, EU demand for trucks went down (-15.3%) for the fifth consecutive month this year. Four of the five largest markets in the region contributed to this decline, with Spain (+7.1%) being the only major market to post growth in November.

From January to November, new bus and coach registrations in the European Union remained slightly positive (+2.0%). Central European countries (+9.3% so far in 2019) contributed largely to this result. Among the largest Western European markets, only France (+4.2%) and Spain (+0.3%) provided a modest boost.