Fleet confidence appears to be improving along with the economy, helping drive an increase in Class 8 orders in June 2020. 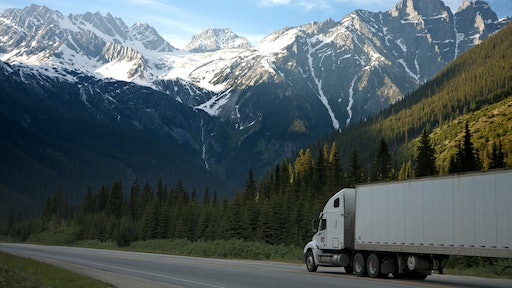 Preliminary North American (NA) Class 8 net orders increased in June compared to May as well as June 2019. FTR reports orders reached 15,500 units for a 130% increase from May and 20% over the year-ago level, while ACT Research reports units at 16,000 in June for a 139% increase over May and 23% rise over June 2019. In either case, June saw an uptick in order activity after posting some of the lowest numbers on record during the previous months due in large part to the negative economic impacts of the COVID-19 pandemic.

The NA Classes 5-7 market saw orders improve 77% month-over-month, despite being down 20% from the year-ago June volume, says ACT.

However, the June order volume may not be sustainable in July because some of the larger fleet orders may be difficult to replicate in the short term. Order volume should exceed the 10,000-unit mark throughout the summer as freight volumes continue to improve.

Don Ake, Vice President Commercial Vehicles, at FTR, comments, “June’s order activity is good news, after last month’s disappointing number. We expected orders to average around 10,000 units for a few months, and now they have averaged 11,000 for the past two months. The Class 8 market is on the slow, steady recovery that matches our forecast. It is also encouraging that fleets are showing enough confidence in the economy to begin placing some viable orders. The trend should continue, but a significant increase is not expected until October when the big fleets begin placing orders for 2021 delivery.

“The great thing about the order improvement in June is that it should permit OEMs to continue to produce at a steady, but still reduced rate, for a couple of months. However, some of the OEMs need higher order volumes in July to keep the industry moving out of the mire caused by the virus.”

“Preliminary data show that June orders for medium- and heavy-duty vehicles jumped to a four-month high, rising above the combined April and May order tally,” says Kenny Vieth, ACT’s President and Senior Analyst. He continues, “On the back of a rapid improvement in freight rates over the course of May and June, North American Class 8 net orders spiked in June and were up against an easy year-ago comparison, when orders were under pressure from still large backlogs and rising equipment overcapacity.”

Both FTR and ACT will have final June data available later in July.

U.S. Economy Better Than A Month Ago

In its recently released Commercial Vehicle Dealer Digest, ACT Research found much more to like about the state of the economy as of June 25 compared to a month ago, now that the U.S. re-opening is underway.

“The re-openings that have been occurring since late April represent the first steps in the march toward economy recovery and green shoots are sprouting thanks to massive stimulus from Congress and the Federal Reserve,” says Vieth.

He continues, “Despite that investment, which is helping to put the economy back on track, the pandemic remains a ticking clock for many Americans whose unemployment benefits will start expiring in September.”

Specifically regarding how the CV industry might be moving forward, Vieth comments, “Demand recovery beyond replacement levels is a process that takes quarters to achieve. We see the economy expanding rapidly in 2021, creating an imbalance between effective capacity, the ability to get drivers back into seats in real-time, and freight demand.”

He elaborates, “When that imbalance comes, it will be the match that lights the long fuse on a meaningful volume recovery. At that point, on top of market-driven demand, short-trade cycle fleets will have considerable pent-up replacement demand. That replacement activity will be supported by strong demand for desirably-spec’d late-model vehicles.”

Vieth further explains, “While it is hard to see silver linings presently, we note that this economic downturn was not triggered by the usual supply and demand considerations, bubbles, financial issues, etc., but by a disease. Coupling an otherwise structurally-sound pre-COVID economy, with strong Federal Reserve and Congressional support, and rising pent-up demand, there is a case to be made that the economy will respond strongly into 2021.”

He concludes, “We believe that the maturing millennials will be the key to pushing the economy forward as they resume their transition to marriage, kids, and mortgages.”