Import duties of 25% will be imposed on some types of heavy equipment exported from the U.S. to the European Union. 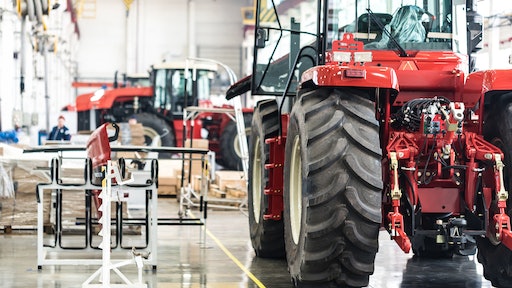 On November 9, the European Commission announced it will implement additional tariffs on U.S. exports. This was authorized by the World Trade Organization (WTO) as countermeasures for the illegal subsidies that the U.S. has given to the American aircraft manufacturer Boeing.

Commission implementing regulation (EU) 2020/1646 went into effect on November 10, and will include an import duty of 25% on certain types of construction and other heavy machinery. The following categories of construction machines are impacted according to a news release from CECE:

According to CECE's announcement on the topic, the European Commission says it is ready to work with the U.S. to settle the long-running dispute that has brought about the additional tariffs. It is also open to coming to an agreement on long-term disciplines on aircraft subsidies.

The European Agricultural Machinery association CEMA sent out a statement upon announcement of the new tariffs noting its disappointment in the impact this decision will have on farmers and agricultural equipment manufacturers.

"We fully support a robust multilateral dispute settlement system to enforce a level playing field for international trade. But we fail to see how making American customers pay more for European agricultural products or making European farmers pay more for American built agricultural tractors will help in the daily life of citizens on both sides of the Atlantic.

"We therefore deeply regret that the WTO was not capable of synchronizing its respective decisions in the Airbus and Boeing cases.

We once again call on the EU and the US Government to find a fast settlement to finally end the dispute over subsidies for the two aircraft manufacturers and abolish the punitive tariffs in bilateral trade," CEMA said in its statement on the subject.

Association of Equipment Manufacturers (AEM) President Dennis Slater issued the following statement on the European Union announcement of additional tariffs on U.S. products as part of the WTO dispute between Boeing and Airbus: “With tariffs now impacting two-way trade of construction and agricultural equipment between the U.S. and the EU, we strongly urge both parties to quickly accelerate engagement and negotiate a solution to this dispute. Increased U.S. and EU tariffs have impacted several sectors with no ties to the civil aircraft industry and have especially hurt manufacturers of construction and agricultural equipment, as well as distributors and customers. At a time of tremendous upheaval, economies on both sides of the Atlantic cannot afford additional punitive tariffs.”