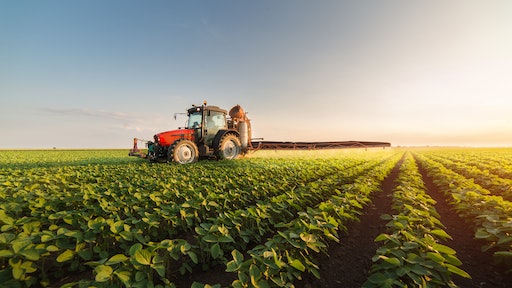 A group of leading U.S. agriculture groups are calling for bipartisanship at the U.S. capitol to pass an infrastructure package which the group says is vital to American farmers and their continued domestic and international market access. Negotiations continue with no deal yet in sight.

As such, Farmers for Free Trade organized the letter to encourage lawmakers to reach a bipartisan agreement, which many in the industry agree is the best path forward. According to a press release on the subject from Farmers for Free Trade, the letter includes support from every step of the U.S. supply chain from farm groups to truckers, waterways, ports and more.

“American agriculture depends on access to new foreign and domestic markets, and that access depends on reliable infrastructure in the middle of the country and along the coastlines,” the groups write in the letter. “Investing in American agriculture and infrastructure will protect and create jobs. In 2019, 22.2 million full and part-time jobs in America were dependent on the agricultural and food sectors.

“We ask all members of the 117th Congress to recognize the importance of infrastructure to the health of the nation’s food and agricultural economy and work together to support investments that will allow our workers to remain competitive in a global marketplace.”

The letter emphasizes the economic importance of agricultural trade as well as the importance of infrastructure to the agricultural industry as a whole. Crops farmers grow need to be transported short and long distances, necessitating good roads and bridges. Farmers for Free Trade also says the letter points out how infrastructure spending will support jobs as well as rural broadband which is necessary to help farmers use more advanced technologies—which leads them to being able to produce more crops in a more efficient manner.

“The United States cannot afford to delay infrastructure improvements,” the letter states. “Our competitors, including China and Brazil, are making significant investments in infrastructure to improve their competitive position.”

Industry organizations which signed the letter include: