Trade Issues are Top of Mind for Manufacturers

Tariffs, Brexit and other trade-related issues are creating a great deal of uncertainty. 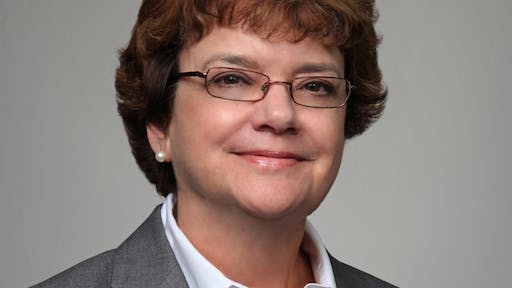 How, if at all, has the current state of the global trade tensions—particularly those between the U.S. and other countries—had an impact on your members?

Rarely has the motor vehicle parts supplier industry seen so much change as it has in the 2 years since the start of the Trump administration. No other issue is as top-of-mind right now as trade. Since President Trump took office, we have seen new tariffs applied to steel and aluminum imports, tariffs on imports from China, and the renegotiation of the nearly 25-year-old North American Free Trade Agreement (NAFTA). Now called the United States-Mexico-Canada Agreement (USMCA), the new North American trade deal has been signed by all three parties and awaits ratification. Broad-reaching tariffs on automobiles and motor vehicle parts are still pending. Along with each of these tariffs come complex and opaque processes to request exclusions. The cumulative impact of all of these actions is creating uncertainty, which put jobs and investments at risk.

Do your members foresee the passage of the United States-Mexico-Canada Agreement (USMCA) being a benefit to overcoming the trade wars, or just being a benefit in general? How if at all would it impact your business?

While the USMCA does not impact off-highway vehicle manufacturers, we believe that passing the USMCA is critical to the success of motor vehicle parts suppliers as a whole. As the largest sector of manufacturing jobs in the United States, representing nearly 3% of the U.S GDP, our country depends on a successful motor vehicle supplier industry. And our industry depends on a reliable North American trade deal. Similarly, the current and future uncertainty that exists is crippling important supplier-investment decisions and negatively affecting growth. Passing the USMCA will help change that.

Are your members finding the lack of solution to Brexit creating any issues, or do you foresee it creating issues if a solution is not found?

We are watching the situation carefully. The EU in general is a critical trading partner for U.S. vehicle parts manufacturers. MEMA supports any opportunity for the U.S. to strengthen our trading relationship with the EU as well as the U.K., in whatever form that takes after Brexit.

Are there other policies you are keeping your eye on that could impact (or have already impacted) your members, for the better or worse?

As mentioned before, trade issues in general are top of mind. We are watching a number of issues, including additional tariffs on Mexico that President Trump has threatened in order to stop illegal immigration at the southern border. But the largest is Section 232 tariffs on autos and auto parts, which would also deeply impact the industry. These tariffs could be imposed as soon as this fall, so we are very concerned about how this could impact our members. We have actively urged the Trump administration to avoid these tariffs. In addition, Congress is considering legislation that will provide a framework for automated vehicles in the United States. These policies will impact the entire industry.

Jeremy Harsin of Cummins explains how a variety of power system advancements are taking place to meet the varied needs of the off-highway equipment industry.
Sara Jensen
December 22, 2021
Follow Us