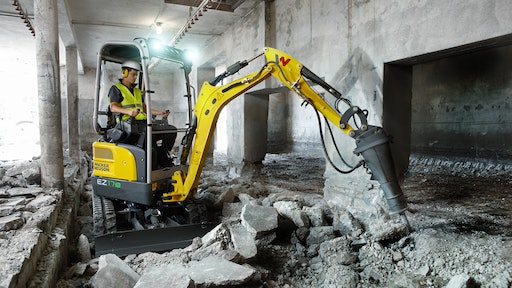 The next decade will see an explosion in technology innovation when it comes to off-highway equipment, as OEMs race to dominate the electrification market while cities, states and countries strengthen their emissions mandates.

The clock is ticking as deadlines loom in countries across Europe to reduce emissions in diesel vehicles and equipment. Some communities in the United States are not far behind, according to one industry expert.

Listen to the full interview with Venable in the "Digging Deeper" podcast.

European countries that have committed to the Paris Agreement to reduce carbon emissions have mandates that begin as early as 2025, with stricter rules starting in 2030 for various cargo trucks. For manufacturers, there are emissions standards for entire fleets, including heavy-duty vehicles.

Cummins, which last month was named to the S&P Dow Jones Sustainability Index for North America for the 14th consecutive year, has been investing in greener technology for decades. In the 1960s, its focus was lead-acid, rechargeable batteries. Today, the focus is broader.

“We’ve been looking at electrification for probably the last decade from a technology standpoint,” Venable said. “The last 3 years have really been instrumental, where we really started to see the indicators to say, from a sustainability standpoint/environmental focus, we needed to be more of a powertrain of choice.”

The company has been making major investments and acquisitions to maintain an edge in the market.

“We’ve been investing about $500 million in our electrified power business unit. As part of that, we’ve made a few key acquisitions.”

“With this we brought in integration, we brought in high-voltage batteries, and have the capability to do full-system integrations, so we’re ready for the market,” he said. “We’re really trying to broaden our scope.”

“Three years ago or so, there were about four to six OEMs actually producing an electric excavator,” he said. “Some of these have had equipment in their portfolio for some time, just not generating sales. Over the last 2-3 years, we’ve just seen this influx [in] experimentation, development, prototype units and now there’s over 20 OEMs that have either produced or are in production with electric excavators.”

There’s no end to the practical uses for electric equipment in the industry, Venable said.

“From a market in general, it’s a very broad market, there’s hundreds of applications,” he said. “The material handling market where you’ve got ports, you’ve got distribution centers, they’ll continue to adopt electrification pretty aggressively.”

The electric excavator is where manufacturers want to prove themselves, though, he said.

“It’s somewhat been deemed the marquee application, where OEMs are looking to prove out technology, learn about the technology and be ready for it when it does start to pick up,” Venable said.

The technology shift comes with its own set of complications, especially when it comes to remote work sites.

“Where you’ve got earth moving equipment, other equipment that is more remote, away from the grid or away from a charging capability,” he said. “How do you bring the grid to the customer out in the workplace to enable this adoption for electrification?”