The vehicle features a powerful electric motor integrated into the axle and an advanced battery pack. 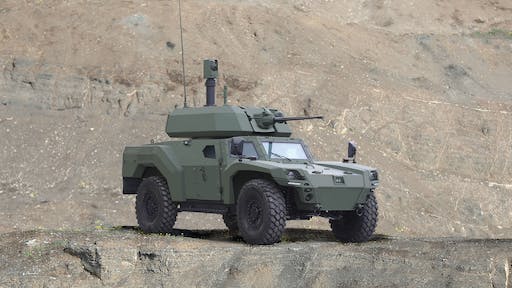 Otokar, the pioneer land systems company of the Turkish defense industry, unveils its new generation “AKREP II” armored vehicle family. In collaboration with AxleTech, Otokar debuts the very first version of the family “AKREP IIe Electric Vehicle” at IDEF 2019 in Istanbul, Turkey, between April 30 and May 3.

The AKREP II is the latest product of Otokar’s design and development studies and a proof of Otokar’s ability to leverage its engineering, manufacturing and expertise across a large portfolio of armored tactical vehicles. The AKREP II family will be an outstanding solution for modern armies with its superior maneuverability and agility as well as the outstanding design allowing the integration of various types of armament, weapon stations and alternative powerplants. A fully electric variant of the vehicle, “AKREP IIe” is on display at IDEF 2019 and will attract users as a technology demonstrator with a powerful electric motor integrated into the axle and an advanced battery pack. 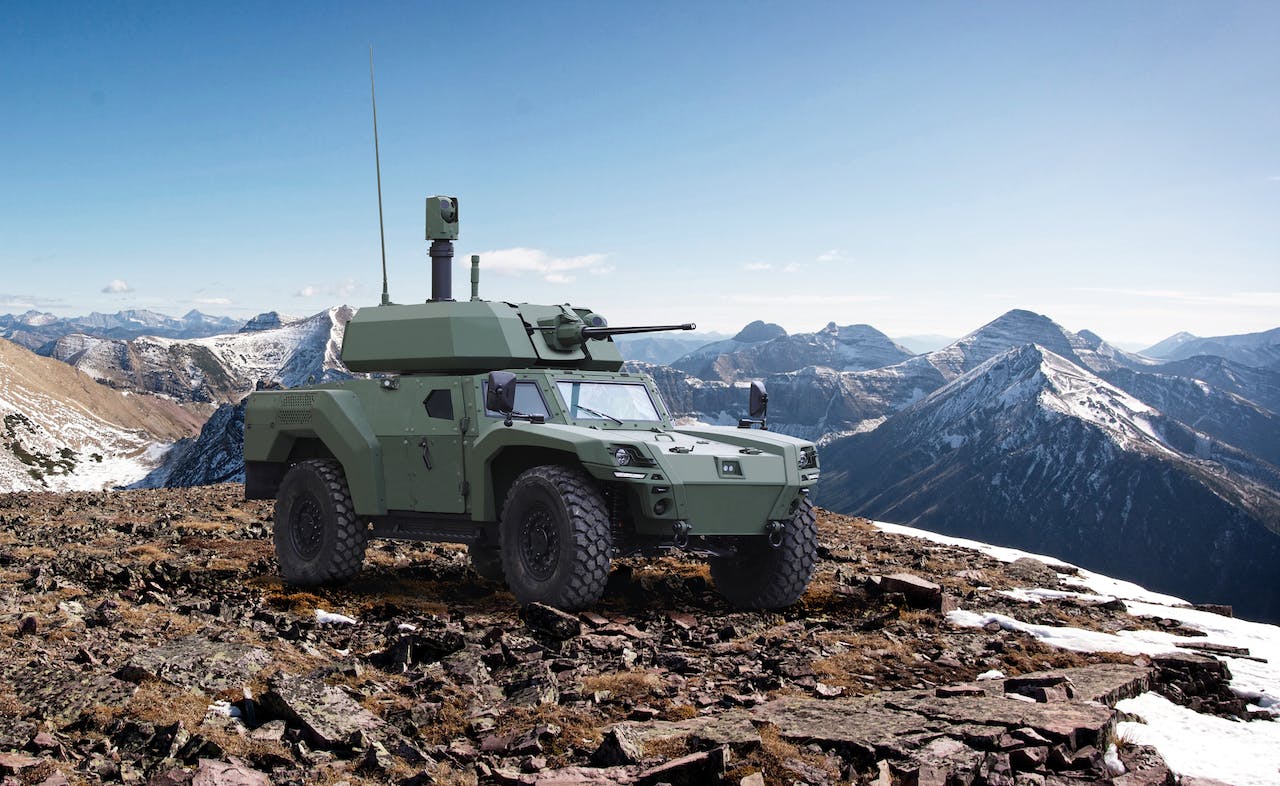 Stating that Otokar is currently serving more than 30 countries on five continents, Serdar Görgüç, Otokar General Manager, noted that with technological superiority, design capability and 30 years of experience, Otokar’s position in the global defense industry is getting stronger by the day. “Being Turkey's internationally recognized land platform manufacturer we highly enjoy our extensive new vehicle development capabilities born by both our know-how and experience. We are more than happy to carry our experience in designing and developing armored vehicles onto the new vehicles,” says Serdar Görgüç. “Our new generation [of] armored family AKREP II is a legacy from Otokar’s AKREP vehicle, which was initially launched in 1995 as a weapon carrier vehicle with three-man crew. AKREP achieved an excellent field record in various missions all over the world. With this genetic heritage, Otokar’s new armored vehicle family, the AKREP II is a successor specifically designed to meet the evolving demands of current and future military environments thanks to its compact size, low silhouette, low acoustic and thermal signature, and effective firepower.”

Emphasizing Otokar’s commitment for applying new technologies to armored vehicles Görgüç says, “Considering the continuously changing combat conditions and threats, and by getting inspired from different requirements of our clients in different parts of the world, we combined our experience with our engineering and R&D capabilities with AxleTech and debuted newly developed AKREP IIe at IDEF. AKREP IIe is a significant indication of Otokar’s growing commitment for applying promising technologies to armored vehicles. The vehicle also highlights Otokar’s maturity in the design and development of state of the art armored vehicles. AKREP IIe’s modern design provides mobility, agility and durability required for the wide range of missions.”

“AxleTech is committed to providing innovative electric powertrain systems to complement our field-proven and industry-leading drivetrain solutions for the defense industry. Our collaboration with Otokar demonstrates our shared values of providing forward-thinking products for customers and staying ahead of trends,” says Daniel Chien, Vice President of Business Development at AxleTech.

AKREP IIe is a technology demonstrator, which is equipped with an innovative electric-based power and propulsion solution that consists of a highly efficient and powerful electric motor, advanced battery pack and smart power control algorithm. Low silhouette, reduced size and weight, increased mobility and swiftness, decreased levels of acoustic and thermal signature are other contributing factors of AKREP IIe’s innovative electric-based power and propulsion solution.

AKREP II can be equipped with alternative powerplants (electric, diesel and hybrid). the fully electric variant of AKREP II, which is on display at IDEF 2019, is a technology demonstrator with a powerful electric motor integrated into the axle and an advanced battery pack. With an electric power source at the heart of its design, AKREP IIe is extremely agile with increased mobility and swiftness. Capable of running at considerably low level of acoustic and thermal signature, AKREP IIe is suited to be an excellent choice for conducting stealthy military operations.