As the cost and performance of autonomous system components continues to improve, so will manufacturers’ ability to employ unmanned vehicle technology. 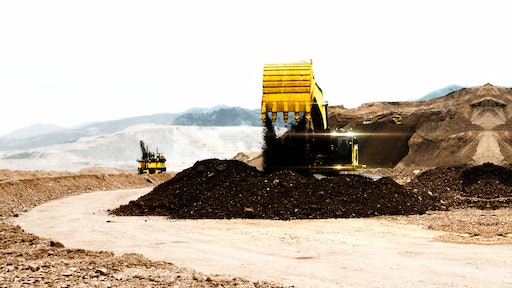 Autonomous vehicle operation is a technology manufacturers have been investing research and development efforts into for decades. Ron Crawford, Director, Product Marketing & Planning, Mining at Komatsu America Corp., says the company began early development of its Autonomous Haulage System (AHS, see sidebar, pg. xx) in 1990. He notes that this was three years prior to military GPS technology and six years prior to civilian application of GPS.

As technologies such as GPS have become more readily available and improved in performance, Komatsu and other companies like it have been able to make great strides in advancing their autonomous vehicle systems and increase the amount of applications in which they’re used.

Improvements in sensor technology within the past several years have helped it become an integral part of many vehicle systems. Jared Pratt, Vice President of Marketing and Business Development at Autonomous Solutions Inc. (ASI), notes that sensors are crucial for performing complex tasks in a safe manner, and are generally the largest cost associated with automated vehicles. “As sensor prices have dropped and as the algorithms have improved to leverage lower cost sensors, more automation applications are showing a strong return on investment,” he says.

Pratt also points to the introduction of lower cost LiDAR and stereo vision cameras which are rapidly increasing the use of three-dimensional localization, as well as object detection and avoidance capabilities. Both of these functionalities are important to ensure safety of operators and those around the autonomously operated vehicle. “Our focus is to leverage these advancements across all our industries to lower the price point of the solution, thus enabling larger market segments to take advantage of the benefits of automation,” says Pratt.

He adds that the need for lower cost hardware, such as sensors, continues to drive the research and development efforts for autonomous vehicle technology.

For over a decade, ASI has been developing its Mobius Command and Control Software platform which enables autonomous operation to be built into a vehicle (learn more, 11234552). Pratt says the company has invested heavily in upgrading the system’s hardware and software components in recent years in an effort to further advance its capabilities. This has included using a more ruggedized quad-core processor, as well as adopting a scalable enterprise architecture for the Mobius software to allow enterprise reporting and integration with a large number of vehicles and clients. “We’ve also made great strides in improving our GPS-denied positioning capabilities leveraging lower cost sensors to reduce the cost of automation to ever expanding market segments,” says Pratt.

He notes that ASI will partner with sensor manufacturers and third-party solution providers to enhance their automation research and development efforts. “Collaboration with these companies, as well as global research teams has generated some really exciting capabilities that we’re testing now,” he says. Additionally, Pratt says ASI has invested heavily in the testing facilities at its headquarters in Utah where 24-hour testing and validation continues to uncover advancements and improvements to its automation solution and capabilities.

Crawford says Komatsu has advanced its system by working closely with customers, distributors and suppliers. He explains that mines are dynamic environments with many unpredictable scenarios. Having these close relationships enables Komatsu to better understand how mines actually work and build that knowledge into improving AHS. “We learned over time how to better predict the unexpected and build functionality in the technology to react in the most appropriate manner,” he says.

He adds that the system has advanced over the years in terms of the volume of machines in which the system is used; also in terms of variability and dynamic aspects of mining operations, and intelligence of the system to overcome challenges found in various mining environments. “Technology continues to improve in terms of accuracy and speed to bring even greater efficiencies for our customers,” says Crawford. “Komatsu is always striving to create technology which will have long-term, positive impacts for our customers in terms of quality, reliability, productivity and total cost of operation.”

Reducing complexity is one of the key areas in which companies are working to advance autonomous systems. Pratt notes that autonomous vehicle systems remain complex and difficult for non-engineers to install, configure and operate. He says ASI has invested in user experience and interface design, and continually tests its new designs using focus groups. “Gaining broad market adoption and use will require further simplification in engineering and design.”

In 2014, ASI partnered with the United Kingdom-based mining company Anglo American to develop an easy-to-use robotic haulage solution. The goal of the new module for ASI’s Mobius platform, known as Haulage A.I., is to reduce the potential impact of adding additional vehicles to a single operator’s workload. It achieves this by leveraging advanced algorithms which automatically task multiple vehicles equipped with the Mobius autonomous system to complete a designated load, haul and dump cycle. “This allows for a large increase in the vehicle to worker ratio,” says Pratt. “By having Mobius keep the vehicles tasked in the cycle, the operator only needs to handle the exceptions in the system.

“The Haulage AI leverages all the vehicle control, proximity, choreography and safety systems that we’ve developed as part of the Mobius platform and has advanced haulage tasking capabilities geared specifically to our mining customers,” Pratt adds.

He notes that Anglo American has been a strategic partner for ASI in developing both the Haulage A.I. module and the Mobius system. By working closely together with Anglo American’s technology development group and its mine sites, Pratt says ASI has been able to gather the requirements necessary to develop autonomous technology for mining applications, as well as test and validate its developed solutions.

The future of autonomy

According to Pratt, labor costs and safety will continue to be key drivers for the adoption of automation capabilities across multiple industries. “As costs of these technologies continue to drop and as the ongoing testing of these solutions are showing big gains in availability, productivity and efficiency we are seeing some unique opportunities for automation,” he says. “The mining industry has been and will continue to drive automation adoption, but we are seeing many more applications on smaller vehicles that have substantial advantages as well.”

Farming is one of the areas Pratt says automation will continue to expand as farmers’ concerns regarding labor shortages and potential costs of worker safety legislation increase. Meanwhile, adoption of the technology in applications where there is interaction between the public and autonomous vehicles will struggle, he says, though there has been some progress in this area. Earlier this year, Daimler Trucks North America unveiled its Freightliner Inspiration Truck which is the first licensed autonomous commercial truck to operate on an open public highway in the United States (learn more, 12076859 and 12071407).

“I think there are certainly other platforms that may one day utilize autonomous or at least semi-autonomous systems,” adds Crawford. “The auto industry has shown that with self-parking vehicles.  Each potential application of any technology must be evaluated on its own merits and value to the end use customer.”

Pratt says ongoing standards development, as well as safety and liability concerns will continue to be key challenges for the industry. “We’ve invested heavily in engineering safety into our systems and we continue to actively participate in the development of the safety standards and guidelines with autonomous systems across all of our focused industries,” he says.

“As adoption increases, I think we’ll see the development of industry standards to govern vehicle-to-vehicle and vehicle-to-infrastructure communication. This will allow for multiple vehicles from different providers to work collaboratively. When this happens, I think we’ll see an accelerated reduction in price of these solutions and an increase in the development of advanced capabilities as developers will have these protocols and standards to develop on,” concludes Pratt.

Autonomous Solutions Inc.’s Mobius Command and Control Software is a platform which enables varying degrees of automation to be built into a vehicle. A single operator can remotely control one or more vehicles, and set specific tasks and vehicle functions such as steering, acceleration and braking. Artificial intelligence modules embedded in the system automatically task vehicles to run through their designated duty cycles.

Read the article Operator not included to learn even more about the Mobius system at www.oemoffhighway.com/11234552.

The Komatsu Autonomous Haulage System (AHS) utilizes GPS navigation to maneuver large mining trucks along a planned route, enabling them to complete an entire load, haul and dump cycle unmanned. The system—developed jointly by Komatsu America Corp., its parent company Komatsu Ltd. and Modular Mining Systems Inc.—is comprised of vehicle controllers, high-precision GPS, and obstacle detection and wireless network systems. A supervisory computer is used to operate and control the truck by wirelessly sending its target course and speed. The system uses GPS to determine the truck’s position; GPS is also included on the wheel loader or excavator being used to load the truck, guiding it to the appropriate loading spot once the system has determined the position of the loading vehicle’s bucket.