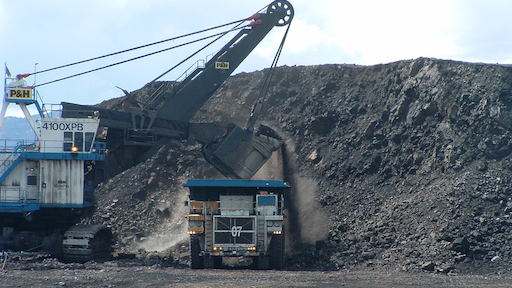 BMT WBM, a subsidiary of BMT Group Ltd, an international design, engineering and risk management consultancy, is set to deliver two Pulse TerraMetrix RS systems to Teck Resources, Canada’s largest, diversified resource company. Machine health, production and payload measurement will be managed by the PULSE TerraMetrix System on the entire shovel fleet at Teck’s Greenhills operation, near Elkford, in southeast British Columbia, Canada. This includes one P&H4100 XPB and two P&H4100 XPC machines, one of which is currently being assembled.

Following the final implementation of the Pulse TerraMetrix RS system on the P&H 4100 XPB in 2012, Teck staff recognised the benefits of this innovative payload monitoring system together with its interactive server database, allowing personnel to easily analyse health, production and payload data.

Charles Constancon, Director of BMT WBM Canada explains, “Unlike other payload monitoring systems which apply electrical parameter estimation techniques to approximate the payload, the Pulse TerraMetrix RS system employs a loadcell based device and directly measures the inertial and dynamic loads applied to the dipper. As a result, more accurate payload measurement is maintained, even under severe dynamic loading conditions.”

Charles continues: “Our system has now become the system of choice at Teck’s Greenhills operation and by delivering added value benefits to the customer we hope it will become the reference for other Teck operations.”

Configured to communicate with any third party truck dispatch system, the Pulse TerraMetrix RS system can be applied to different models of electric rope shovels including P&H4100 and CAT 7495 machines. Recent developments of the system have included a comprehensive machine health monitoring capability using strain sensing transducers placed on the A-frame and boom structures.

The system developed for Teck is configured to communicate through the mine wireless mesh to a server located in the mine’s administration offices. Data is saved in a SQL database and is accessible through an advanced server analysis programme located on the mine’s intranet.  This enables maintenance, training and production staff to easily access, process and analyse the data on a shift basis, to identify where production shortfalls arise and where further operator training is required.

Daimler and Torc Robotics are expanding testing of their SAE Level 4 automated truck technology to new public routes in the U.S. in order to collect data from real-world traffic scenarios.
Daimler AG
February 19, 2020
Follow Us