AEM President Dennis Slater said in a letter to President-elect Biden the association encouraged by the steps that the incoming administration has begun to outline. 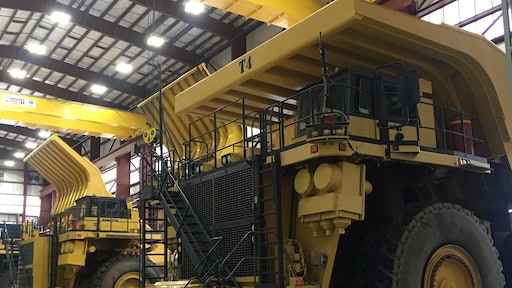 The Association of Equipment Manufacturers (AEM) President Dennis Slater issued the following statement on a letter the industry group sent to President-elect Biden.

“‘You have unveiled an ambitious jobs and economic recovery plan for our nation…and equipment manufacturers will do our part,’ Slater writes in the letter. ‘We will share our ideas and our expertise with you and the 117th Congress to set a productive and bipartisan tone for this next chapter in our nation’s history. It is our sincere hope that our elected leaders will worry less about the powerful political extremes and concern themselves solely with advancing policies that will lift all Americans up and leave no one behind,’” Slater adds.

“’Equipment manufacturers have faced significant challenges this year. The Association of Equipment Manufacturers is encouraged by the steps that the incoming Biden administration has begun to outline, and are urging President-elect Biden to prioritize an ‘urgent, robust, and professional response to the growing public health and economic crisis caused by the COVID-19 pandemic.’”

“’Equipment manufacturers support one in eight manufacturing jobs in America, and the 2.8 million men and women of our industry make the equipment that build, power, and feed the world and positively impact the lives of every American every day.’”