Officials from AEM and AED congratulate those recently elected to lead the U.S. government and emphasized the need for collaboration on policies which aid the economy. 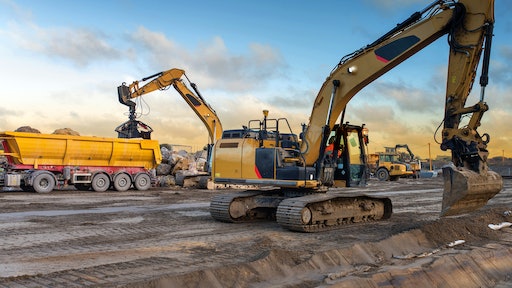 “Congratulations to President-elect Joe Biden for prevailing after a hard-fought campaign. AED looks forward to working with the Biden administration and the incoming 117th Congress to enact AED’s pro-growth, job-creating policy agenda,” said Brian P. McGuire, President & CEO of the Associated Equipment Distributors (AED), in a statement released after the announcement of the presidential election being called for former Vice President Joe Biden.

“The country can’t afford more gridlock and inaction. Democrats and Republicans must come together to provide long-overdue investments to rebuild our crumbling infrastructure, maintain a capital investment incentivizing tax code and develop the next generation of skilled workers. The future prosperity of the United States hangs in the balance and AED members are ready to play a vital role in ensuring a robust and sustained recovery. We are hopeful that our elected leaders will focus on these critical issues, and refrain from the partisan games."

The Association of Equipment Manufacturers (AEM) President Dennis Slater also issued a statement on the results of the 2020 election. “Equipment manufacturers congratulate President-elect Joe Biden on his election as the 46th President of the United States. We also congratulate Vice President-elect Kamala Harris on her historic accomplishment as the first woman to be elected Vice President of the United States. The American people have spoken, and democracy has won. It is now time to put aside our differences and work across the political spectrum to find common ground.

“We are grateful to the thousands of poll workers, election officials, and volunteers who worked tirelessly to count the record-number of votes cast this year and ensure that the election was conducted with integrity. It is thanks to these unsung heroes that Americans can have the utmost confidence that the outcome of the election reflects the will of the American people.

“Equipment manufacturers also congratulate the re-elected and newly-elected members of Congress, governors, and other state and local officials. While there will be sharp differences of opinion on how to best govern our country and solve our most pressing challenges, there will also be opportunities to come together to strengthen our country. Our elected officials must put policy ahead of politics and work in a bipartisan fashion to get things done. This includes rebuilding our infrastructure, opening up more markets for international trade, and revitalizing rural America.

“Throughout this unprecedented public health crisis, the 2.8 million men and women of the $288 billion equipment manufacturing industry have consistently risen to the occasion to make the equipment that builds, powers, and feeds America. Our country faces great challenges in the weeks and months ahead, and we look forward to working with the incoming Biden Administration and all federal and state lawmakers to help defeat the COVID-19 pandemic and rebuild our economy.”