At MINExpo 2016, Komatsu will exhibit several of its Tier 4 Final machines, as well as launch new products aimed at improving productivity for customers. 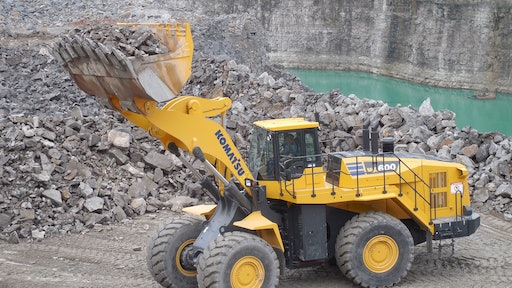 Komatsu America Corp., a leading global heavy equipment manufacturer, will be a major exhibitor at this month’s MINExpo INTERNATIONAL 2016 in Las Vegas, NV. At Booth 7027, Komatsu will showcase innovative machines and solutions that drive mine optimization. Among machines on display will be several Tier 4 Final machines, including an ultra-class dump truck, hydraulic shovel, wheel loader, and crawler dozer.

“Today’s mining economic environment demands more than iron,” says Dan Funcannon, VP & GM, Mining division, Komatsu America. “That’s why Komatsu is focusing efforts on bringing real value to our customers through the integration of machine technology with total mine site management systems to reduce cost per ton moved.” Funcannon adds, “We will have much to say about improving mine performance and will have a number of world-premiere products on display.”

MINExpo INTERNATIONAL 2016 is among the world’s largest and most comprehensive expositions for the mining industry. Held every four years, the 2016 event is scheduled for September 26-28 at the Las Vegas Convention Center, Las Vegas, NV. MINExpo 2016 is expected to bring together an estimated 1,300 exhibitors and 38,000 attendees from 112 countries.