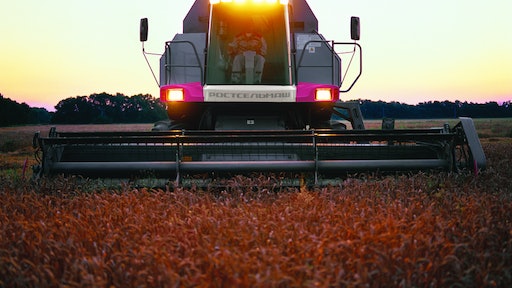 Engineers have to go the extra mile in developing quiet diesel engines, however. Diesel combustion is generally noisier than gasoline spark ignition, and diesels typically have more auxiliary parts such as high-pressure injection pumps and turbochargers that are potential sources of noise and vibration. “Increased NVH testing productivity is essential to keeping work flowing through the development process and to provide effective field test support,” says Bill Bederaux-Cayne, Worldwide Functional Leader of Applied Mechanics at Cummins. He notes that the importance of test lab efficiency is magnified by the critical need for test data to calibrate and tune simulation models in the Cummins Analysis-Led Design initiative. “Our labs have to perform tests quickly and provide results as soon as possible,” he says. “Otherwise, testing becomes a bottleneck.”

Bederaux-Cayne explains that NVH testing productivity needed to be increased to keep up with the growing demand of test projects while utilizing existing facilities and personnel. “The objective was to standardize on test systems and processes at our labs worldwide for greater efficiencies in sharing and comparing data between labs as well as in generating concise reports for customers. Moreover, specific technical features were needed for automation of routine tasks, visualization of results and generally speeding up the NVH testing processes,” he says. “Standardization and productivity issues were all addressed with LMS Test.Lab in increasing our NVH testing efficiency. After an exhaustive comparison of available systems, we determined that LMS technology met our needs extremely well for worldwide standardization of testing processes and for shortening our turnarounds on individual tests with improved technical capabilities.”

Cummins rolled out 17 LMS Test.Lab systems at its test labs worldwide to date, including its main operations at Headquarters in Columbus, Indiana in the US and at international locations in England, Brazil, India and other facilities where engines are developed for regional markets. Systems each consist of up to 64-channel, LMS SCADAS 316 data-acquisition front-ends coupled to a suite of integrated analysis and report-generation capabilities.

Test procedures and ways of reporting results have been standardized according to best practices developed by worldwide teams of users and managers. Roy Pace, leader of the Function Excellence Vibration Work Group and manager of the vibration lab at the Cummins High Horsepower Technical Center, notes that processes for his group include standard tests such as modal analysis, frequency response, running modes and signature testing. All these tests are carried out on LMS Test.Lab using the same procedures with results presented in the same units and format.

Pace explains that engineers in his group prepare report documents quickly with LMS report-generation features. For example, report templates are set up to automatically populate documents with appropriate data stored on worksheets instead of requiring engineers to perform these tasks by hand. In this way, reports are consistent, accurate and prepared in minutes instead of days otherwise required.

“We get huge time savings with automated data reduction,” he says. “Engineers use the straightforward scripting tool in LMS Test.Lab to create programs for automatically extracting and operating on data to quickly create plots they need instead of going through results manually and keying in data individually for each channel. For one report, we needed to look thought 12 engine order displacement versus rpm peak hold data sets to find the displacement magnitude for 8 resonance frequencies in which multiple orders may intersect several orders. Instead of spending days digging through data by hand, we got what we needed in only a few minutes. That’s a stunning productivity gain and a terrific tool to analyze lots of data very fast.”

The number of test points utilized and the speed for system testing has increased dramatically since the introduction of the LMS units. “With LMS we are fairly unlimited in the number of test points selected, and the trace validation is quickly done on site along with some on-line processing,” Pace states. “With LMS, the process to acquire and process the data is fairly common throughout the company. Use of LMS has also helped strengthen the Applied Mechanics community within Cummins through better communication between labs for process development and best practices.”

The power of dynamic visualization

Another automation time-saver for Cummins engineers is LMS PolyMAX, software which analyzes modal test data to clearly identify resonances on stabilization plots. “We formerly spent hours adjusting tests to produce Eigen frequencies,” Pace explains. “In contrast, the PolyMAX algorithm calculates the modal resonances and reduces the non-stable vectors so that resonances are easily found. Additionally, with the use of the MIF function to validate resonance, the process is stable enough for automation to collect and produce Campbell diagrams for the tests and tables to use for ODS correlation for magnitudes. This gives us all three elements needed to evaluate an Eigen frequency’s effect on the system: resonance frequency, mode shape, and displacement magnitudes at the resonance. Also, automation of this task provides more consistent results that otherwise can vary according to subjective interpretation of the data. We need results to be consistent, no matter who ran the test or where the work was performed.”

One particularly valuable feature for Cummins is LMS Active Pictures, where live test data in the form of interactive representations can be cut-and-pasted, scaled, combined, animated, and otherwise manipulated in Microsoft Office tools like Word and PowerPoint without the need to be running LMS Test.Lab. “We use LMS Active Pictures in just about every report, and it yields incredible time savings in clearly conveying results so quickly,” says Pace. “A customer or colleague viewing an animation understands immediately how a structure behaves instead of spending hours studying static plots or columns of numbers.”

Visualization capabilities such as this for clearly displaying and animating NVH results represents some of the most powerful capabilities of LMS Test.Lab for Cummins, according to Bederaux-Cayne. “We can generate plots such as animated operational deflection shape (ODS) diagrams that show how a structure bends and twists at various frequencies,” he notes. In one project he recalls, engineers were not able to determine the cause of repeated engine mount failures in a dump truck – even after two years of discussion with a customer and close examination of line graphs showing frequency versus displacement. “We ran the vehicle around a test track and looked at the animated ODS plots as the test was being done, and we saw immediately that the mount was deflecting like a diving board at a certain frequency. Modifying the engine configuration to eliminate the resonance quickly solved the problem.”

With LMS Test.Lab on-line processing capabilities, calculations are performed in real time during the acquisition run without loss of data and without slowing down measurements. In this way, engineers can watch color maps and waterfall diagrams to immediately spot trends and verify the validity of the test data. Moreover, customers gain a better insight into the behavior of their overall product and are duly impressed with the ability of Cummins to provide test data immediately for problem-solving and troubleshooting.

Because of the limited channel count of previous test systems, Cummins engineers were often forced to use multiple test setups and runs to acquire a complete set of noise data. This lengthened the time taken to perform all the tests and also gave engineers only a narrow view of product behavior. In contrast, the high channel count capacity of LMS Test.Lab gives Cummins greater flexibility in taking more measurements and running multiple tests simultaneously.

Richard Varo, Leader of the worldwide Function Excellence Noise Work Group, takes advantage of this high channel count in the semi-anechoic sound chamber as well as the free-field test pad outside the facility. Both are equipped with a 600-hp dynamometer and controller. Noise measurements are also done on the Cummins test track and at customer sites.

“Our old system could handle only six microphones at a time,” says Varo. “Sound power and sound pressure measurements, for example, would take over 20 hours to complete start to finish, since we would have to move the microphones to different locations for three separate tests. Now with LMS Test Lab, we can use 18 microphones and take all measurements in a single 8-hour test run. That’s a startling 60% reduction in the running time required for a typical set of measurements.”

He also notes that the high channel count and high-speed processing capabilities of LMS Test enables Cummins to perform both noise and vibration measurements at the same time. “This gives us better insight into the overall problem and the interaction of structural parts producing airborne noise. We can have microphones monitoring noise and accelerometers making reference vibration measurements on the engine block, turbocharger and other points on the structure,” he explains. “LMS Test Lab takes all these measurements concurrently and provides powerful data analysis and plotting capabilities that can be used to quickly identify and evaluate noise sources.”

Staying on top in a competitive market

“Standardizing on LMS Test.Lab in our test labs worldwide has brought us significant productivity benefits in our testing operations,” says Bederaux-Cayne. “Common tools and processes coupled with the time-savings of task automation, visualization and other capabilities have helped us lower throughput time for work orders an average of 28% – a goal we reached with existing lab facilities and personnel.”

“LMS Test.Lab is extremely effective in helping boost our technical productivity.” he notes. “More broadly, staying on top means moving faster and with greater agility than others, and we regard LMS technology as a critical part of our strategy for reacting more quickly to new business opportunities, accelerating development to get products launched faster and serving our expanding customer base with the outstanding response that sets us apart from others. Clearly, LMS Test.Lab is the solution of choice in helping us strengthen our number one position in the competitive diesel market.”

Behind the scenes at DAF