Mercedes-Benz and Bosch are building a new Vehicle Test Center which will be available to other manufacturers, as well to aid their research and development. 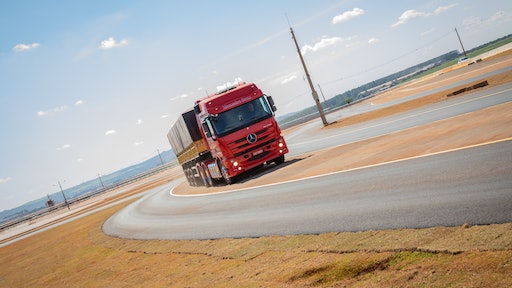 Mercedes-Benz and Bosch have joined forces in Brazil to build a state-of-the-art Vehicle Test Center. In addition to trucks and buses, it will also be possible to test passenger cars, light commercial vehicles and motorcycles in the future. One ground-breaking aspect of the joint project: the new facility is to be made available to other manufacturers of vehicles, systems and vehicle components. The Vehicle Test Center is to be built on the existing Mercedes-Benz testing grounds in Iracemápolis (State of São Paulo).

Initial construction work on the new test center will begin in the first half of 2020. The start of operations is scheduled for 2021. Together, Mercedes-Benz and Bosch will invest 70 million Brazilian Real (around 15 million Euro) in the center. The new Vehicle Test Center will focus on testing for the development of systems for vehicle safety and suspension control as well as systems for improved energy efficiency and for (semi-)automated driving.

The new test center includes five different areas with a total ground surface of 400,000 sq. m. As part of the construction project, the number of test tracks in Iracemápolis will be increased from the present 16 to 21 and additional workshop boxes and office space will also be created.

About the existing Mercedes-Benz testing grounds in Iracemápolis

In May 2018, the Daimler subsidiary, Mercedes-Benz do Brasil, opened Latin America’s largest truck and bus testing center on its premises in Iracemápolis/State of São Paulo. On an area measuring some 1.3 million square meters – about 150 football pitches – the world's largest producer of commercial vehicles is testing trucks and buses. Currently tests can be carried out on 16 different road surface profiles: with these it is possible to simulate the multitude of roadways on which vehicles operate throughout the world. For the re-creation of these road profiles, a so-called lab-truck, a Mercedes-Benz Actros, equipped with 260 sensors measured an extensive range of routes and roads and in doing so covered around 16,000 kilometres in less than four months. Mercedes-Benz do Brasil invested around 20 million Euro in the Test Center, the design of which was modelled on the EVZ (Development and Testing Center) in the Mercedes-Benz truck plant in Wörth.