The European Union has implemented its Stage V diesel emissions limits, but the question remains whether the U.S. will follow suit. 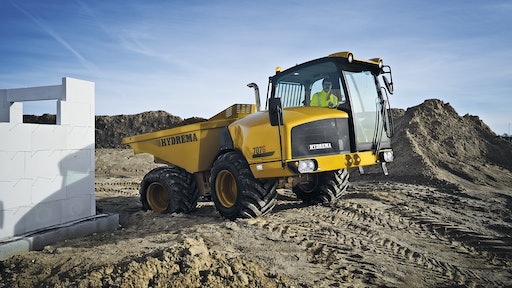 Emissions regulations have come to a bit of a standstill in the U.S. for off-road machinery. Tier 4 Final has been implemented, and currently there are no plans for a 'Tier 5' though some have speculated the possibility to align better with Europe's Stage V regulation.

"I think most global OEMs see the EU particle number (PN) standard as inevitable for the U.S. I would not be surprised to see the PN standard be incorporated into the U.S. rules at some point in the future,” says Allen Schaeffer, Executive Director, Diesel Technology Forum.

"Unsurprisingly, the technology Cummins has developed to meet the challenge set by Stage V in Europe is being incorporated into engines available in North America. Called the Performance Series engines, they give OEMs and end-users access to engines that deliver more with less. Power and torque are increased on average by 10% and 20% respectively across the range."

"Stage V technology impacts Tier 4 engines in that John Deere is focused on developing flexible aftertreatment solutions that can comply with varying levels of regulation. In fact, most of our Final Tier 4/Stage IV products are already Stage V ready today," says James Knoll, Product Manager, John Deere Power Systems. "We’ve been using the technology needed to meet Stage V emissions since our Interim Tier 4/Stage IIIB engines. Also, many Stage V technologies have been implemented in both the on- and off-highway markets for some time."

Air quality is a determining factor

So while engine manufacturers have developed engines to meet both regulations in Europe and the U.S., the question remains for many as to why not implement an updated regulation.

"The EPA uses air quality data from monitors, combined with their own emissions inventory estimates from various sectors of the economy, in part, as a basis for creating exhaust emission standards for sectors such as non-road mobile equipment," says Ajay Prasher, Product Marketing Manager, Caterpillar Inc. "At Caterpillar, we monitor U.S. EPA and California studies and statements related to potential future emissions regulatory trends."

"Air quality is improving in the U.S., and the EPA has proposed retaining the current ozone standards, so I don’t know that I see the ambient air quality standards changing anytime soon," says Schaeffer.

"Manufacturers have successfully reduced diesel engine emissions substantially since legislation began with Tier 1 in 1996," says Nendick. "The latest products are near-zero, with the level of emissions being so low, they are becoming increasingly harder to measure. With the plans for further emissions regulations being unclear, the challenge for the on- and off-road markets is to move vehicle and equipment populations to ones powered with the latest engines and obsolete older ones."

Given the population of older diesels currently operating in the U.S., removing older engines from the market can deliver the most air-quality improvement today. A Tier 4 Final engine eliminates PM and NOx by more than 99% (versus a non-tiered engine). A Tier 1 engine eliminates 90% of PM and NOx. There is a bigger payoff in air quality by replacing non-tiered engines with tiered ones and by moving lower tiers to Tier 4 than there is in moving from Tier 4 Final to EU Stage V, which gains a few decimals of one percentage point at best.

With emissions regulations no longer a determining factor for engine designs—at least for now—manufacturers can focus their efforts on other factors such as fuel efficiency improvements.

Emissions may come into play again at some point for off-road engines, but for now, engine manufacturers and their OEM customers can attend to other design matters.

Read the full article on our sister site ForConstructionPros.com.