Scientists at University of California, Riverside to perform first-of-its-kind study to evaluate emission reduction benefits of hybrid bulldozer and excavator. 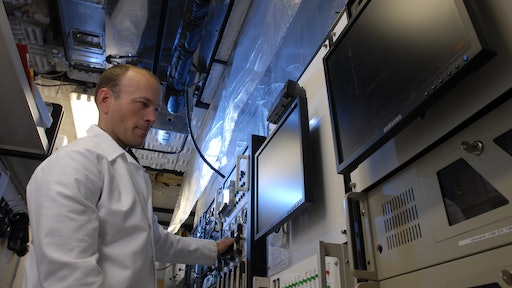 Kent Johnson, an assistant research engineer at the Center for Environmental Research and Technology

Scientists at the University of California, Riverside’s Center for Environmental Research and Technology have received a $2 million contract for a first-of-its-kind study of hybrid construction vehicles.

The two-year project, which is being funded by the California Air Resources Board, will allow researchers to evaluate the emission reduction benefits of two commercially available hybrid construction vehicles: a Caterpillar bulldozer and a Komatsu hydraulic excavator.

“Hybrid construction vehicles are just now becoming available,” said Kent Johnson, an assistant research engineer at the Center for Environmental Research and Technology and the principal investigator on the project. “We have been asked to use our emissions testing experience to quantify what their benefit is.”

Johnson will be assisted by two co-principal investigators: Tom Durbin, a research engineer, and Wayne Miller, who lead the emissions and fuels research group at the Center for Environmental Research and Technology.

The project is the latest in a nearly 20-year history of emissions testing at the Center for Environmental Research and Technology. Initial research focused on cars in a stationary setting. Later projects shifted trucks and on-the-road testing. Today, much of the work is done with portable emission measurement systems (PEMS), which have been used on everything from on-road and off-road vehicles, stationary sources, locomotives, port vehicles, air craft, harbor craft, and ocean-going vessels.

Little is known about the potential benefits of hybrid technologies for construction equipment because of their unique and diverse duty cycles when used. Manufacturers are saying the hybrid vehicles reduce fuel needs by 20% and cut emissions by 30%, Johnson said.

The $2 million will be divided two ways, Johnson said. Half of it will be used as an incentive voucher to get 20 to 30 hybrid construction vehicles in use. The other half will fund testing in six vehicles, which will be scattered throughout California.

Behavior of those vehicles will be characterized on a second-by-second basis during in-use operations at construction sites using portable emission measurement systems. Researchers will design standardized tasks, such as lifting a heavy object.

The performance of the hybrid vehicle will then be compared to that of conventional diesel powered vehicles.

The project will help establish the methodology for making comparisons under such varied conditions. The project will also consider the differences between emerging hybrid implementations by leading manufacturers.

The project may provide data that could contribute to a hybrid incentive program under AB 118, a 2007 law that established voluntary incentive program administered by the California Air Resources Board to fund clean vehicle and equipment projects, research on biofuels production and the air quality impacts of alternative fuels, and workforce training.

Data continues to be an integral component on the path toward further autonomy and connectivity.
Sara Jensen
October 5, 2020
Latest
Emissions Control & Exhaust Systems

Cummins components, including engines, aftertreatment and fuel systems are included on several vehicles being displayed by OEMs at the 66th IAA Commercial Vehicles show.
Cummins Inc.
September 23, 2016
Follow Us