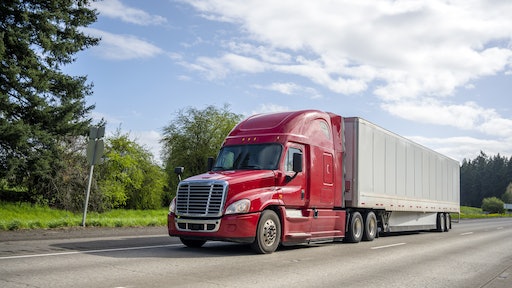 This proposed rule aims to ensure that heavy-duty vehicles and engines are as clean as possible while charting a path to advance zero-emission vehicles in the heavy-duty fleet.

“Seventy-two million people are estimated to live near truck freight routes in America, and they are more likely to be people of color and those with lower incomes. These overburdened communities are directly exposed to pollution that causes respiratory and cardiovascular problems, among other serious and costly health effects,” said EPA Administrator Michael S. Regan. “These new standards will drastically cut dangerous pollution by harnessing recent advancements in vehicle technologies from across the trucking industry as it advances toward a zero-emissions transportation future.”

Intended to be consistent with President Joe Biden’s Executive Order, “Strengthening American Leadership in Clean Cars and Trucks,” the proposed action would reduce NOx emissions from trucks by as much as 60% in 2045.

It's intended to lead to widespread air quality improvements across the United States, especially in areas already overburdened by air pollution and diesel emissions.

The benefits of the proposed rule would exceed its costs by billions of dollars, the EPA said.

EPA estimates that by 2045, the most ambitious option outlined in the proposal would result in the following annual benefits:

The proposal is the first step in EPA’s “Clean Trucks Plan,” a series of clean air and climate regulations that the agency will develop over the next three years to reduce pollution from trucks and buses and to advance the transition to a zero-emissions transportation future.

EPA’s goal is to deliver significant and needed public health benefits by designing a program that sets ambitious standards and that are feasible for the trucking industry after giving appropriate consideration to cost and other factors, while supporting the American economy.

To accomplish this, EPA has engaged with stakeholders and identified several options in the proposal that address the robustness of the standards, timing for phasing in the standards, options to incentivize early clean technology adoption, and improvements to emissions warranties. EPA is seeking input on these options and looking forward to continuing engagement through the public comment process.

The proposed revisions to existing GHG standards for MY2027 and beyond would set updated GHG emissions standards for subsectors where electrification is advancing at a more rapid pace. These sectors include school buses, transit buses, commercial delivery trucks, and short-haul tractors. In a separate action, EPA will be setting new GHG emissions standards for heavy-duty vehicles as soon as model year 2030. This action will more comprehensively address the long-term trend towards zero emissions vehicles across the heavy-duty sector.

For more information on the rule on the public comment process, visit: https://www.epa.gov/regulations-emissions-vehicles-and-engines/proposed-rule-and-related-materials-control-air-1

Check out what our team is seeing during this huge industry event.
Lori Ditoro
Oct 24th, 2022

A nine-company group will work together to disrupt traditional electrification methods with production planned for 2025.
Shell
Oct 12th, 2022

Concerns over the superconductor supply lie with one company—TSMC.
Lori Ditoro
Oct 11th, 2022

This industry update reports on the death of a leader, distribution agreements and facilities and the addition of diversity and inclusion director.
Lori Ditoro
Sep 9th, 2022

Download this whitepaper to learn which OEM and supply chain industries are seeing an increase in challenges due to the war in Ukraine and the alternative resources are being researched for long-term solutions to be used in the future.
Sep 8th, 2022

An engine manufacturer gets approval to use HVO in the U.S., and a senator tours a manufacturing facility.
Lori Ditoro
Aug 24th, 2022

Indicators in several markets show that while growth is still slow, while several areas are seeing improvement. Download this FREE report to gain top industry information and insights in an easy-to-read infographic.
Jul 25th, 2022

She is the seventh CEO and the first woman to hold this title since the company’s inception in 1919.
Cummins Inc.
Jul 14th, 2022

Will hydrogen be a missed opportunity?
Lori Ditoro
Jul 5th, 2022

Michael Cheng was named to the newly created role of Editor – Construction Equipment & Product for AC Business Media, tasked with overseeing the day-to-day operations of a new digital platform launch in conjunction with the ForConstructionPros.com site.
Marina Mayer
Jun 16th, 2022

This news update includes new businesses, reasons for optimism in agriculture, and new hires and promotions.
Lori Ditoro
May 31st, 2022

Cummins consented to and is supportive of Meritor's agreement and completing the acquisition of the Siemens Commercial Vehicles business.
Meritor, Inc.
May 26th, 2022