MTU is displaying several of its engines which meet Stage IV/Tier 4 emissions regulations at INTERMAT 2015. 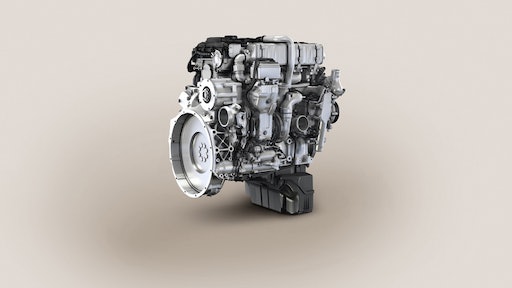 Rolls-Royce is presenting the MTU engine portfolio for the C&I market at the INTERMAT international construction trade fair in Paris April 20 through 25, 2015 (Hall 5b, Booth K 027). MTU Series 1000 to 1600 engines cover a power range from 100 to 730 kW and have been specifically developed to meet stringent requirements in terms of reliability, economy and low exhaust emissions in off-highway applications. These engines are compliant with the EU Stage IV and EPA Tier 4 emission standards. The MTU brand is part of Rolls-Royce Power Systems within the Rolls-Royce Land & Sea Division.

Series 1000 to 1500
For the power range below 560 kW, MTU is presenting a Series 1000 four-cylinder in-line engine and a Series 1300 six-cylinder in-line engine. Based on Daimler commercial-vehicle engines, Series 1000 to 1500 were developed specifically for power-intensive applications in the construction, industrial and agricultural sectors. They meet the requirements of the EU Stage IV and EPA Tier 4 emission standards thanks to exhaust gas recirculation and an SCR system. The engines with power outputs from 100 to 460 kW are used in mobile cranes, haul trucks, wheel loaders, road-building machines, telescopic handlers and underground mining vehicles.

With these Series, MTU offers its OEM partners a robust and space-saving system that can be integrated into vehicles with a minimum of fuss thanks to standardized mechanical and electronic interfaces. Mobile machinery manufacturers and end-users benefit from this reliable and economical solution: fuel consumption is significantly better and service life longer than the predecessor engines, higher torque at low engine speeds, plus quick and easy maintenance. For markets with less stringent emission requirements, MTU still offers its tried-and-trusted Series 900, 460 and 500 engines covering a power range from 75 to 480 kW.

Series 1600
In addition, MTU is presenting a Series 1600 ten-cylinder engine at the Intermat show. MTU developed this Series as a fully independent off-highway engine family for the power range from 560 to 730 kW. It fulfills the EPA Tier 4 emission limits thanks to high-pressure common-rail injection, two-stage charging and cooled exhaust gas recirculation. Series 1600 engines can be used in a wide range of off-highway applications in construction and industry, from agricultural vehicles and road-building machines to mining drills and medium-size haul trucks.