The overall European agricultural tractor market declined 6.7% compared to 2015; Spain experienced a 7.8% rise while most other markets saw declines. 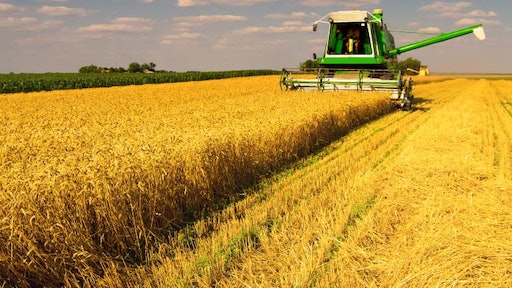 The European agricultural tractor market experienced a 6.7% decline over the whole of 2016 in comparison with 2015. Even though the market went down overall, the general picture was different between the European markets.

In the two largest markets, Germany and France, demand decreased respectively 10.8% and 6%. In France, the year started well with growth in the first half of the year, but in the second part all growth was outdone. The third and fourth biggest markets Italy and the UK experienced a minor decrease of registrations of less than 1%. Spain is the biggest market where demand went up in 2016, notably with 7.8%. In the other countries demand ranged from a decrease of 28% in Hungary to a plus of 73% in Croatia.

When comparing overall registrations within the year it can be seen registrations dropped in the first two quarters of 2016 followed by a significant increase in the third quarter. This is mostly because of an interesting peak in September. Due to a change of exhaust emission requirements, a large number of tractors between 75 and 175 hp with Stage IIIB engines had to be registered before October 1, 2016. Therefore, many of those tractors were placed on the market just before that date. This peak in demand was followed by a sharp fall in the fourth quarter.

The overall drop in demand was not applicable to all tractor categories. In 2016, more tractors under 50 hp were sold than in 2015. Additionally, a similar increase was seen for tractors above 250 hp and between 150 and 175 hp. For all other categories demand fell up to 25% in 2016.

It is still unclear what will happen in 2017. Expectations from the economic experts of the CEMA member associations are that demand will remain stable at this level.