EIMA Agrimach has laid the foundation for India's plans for growth and mechanization in the agricultural sector. 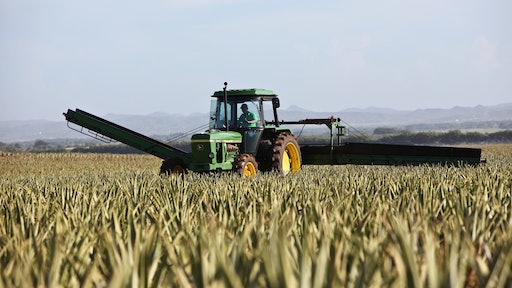 More mechanization will help farmers in India increase the productivity of their farming operations.
Unsplash

The Indian agricultural industry is about to undergo a radical transformation. Driven by a government policy that sees agriculture as a highly strategic sector, the primary economy promises to take a leap forward in just a few years.

Led by the Hindu conservative BJP, the government aims to double the incomes of farmers by 2022, a revolution for a country in which 60% of the approximately 1.3 billion inhabitants live in rural areas.

The driving force for agricultural incomes will be the growth of productivity, but also exports of agricultural products (Doubling agri export by 2022), bringing the value of fresh and processed products from the current 30 billion dollars to 60 billion.

These plans were laid out during the sixth edition of EIMA Agrimach, the international exhibition dedicated to machines and equipment for agriculture.

In his speech during the event's opening ceremony, Alessandro Malavolti, President of FederUnacoma—the Italian Federation of Agricultural Machinery Manufacturers and the organizer of the event together with the Indian Federation of Chambers of Commerce and Industry FICCI—highlighted that mechanization is the fundamental tool of this policy of relaunching the primary economy of the Subcontinent.

The main support for the development of mechanization in India, said Malavolti, remains the "National Mission on Agricultural Machanization" which provides financial support for the purchase of machines and equipment and the creation of "custom hiring centers." These are centers for the supply of services for third parties, i.e. companies equipped with new-concept technologies capable of carrying out agricultural work on those farms that do not have their own mechanical means.

EIMA Agrimach provided attendees the chance to see new equipment and technologies that will help with the transition to increased mechanization in India.

Over 400 exhibiting industries are showcasing their range of technological products for every type of crop and agricultural activity, in the presence of an audience made up of farmers, mechanization technicians and business people. The last edition (December 2017) reached 42,000 in attendance.

As pointed out by the Ficci Indian Federation of Chambers of Commerce and Industry and the FederUnacoma Italian Agricultural Machinery Manufacturers, the two organizers of the Indian event, the vast area chosen for the showcase is once again Iari Pusa, at the campus of the Indian Institute of Research in Agriculture. This also symbolically represents the most suitable place for an event that offers the most modern solutions for agriculture in the Subcontinent and in all Asian countries.

Over 15,000 sq. m are occupied by the exhibition, which includes a part for static displays inside the pavilions and a part for dynamic outdoor tests to demonstrate to the public the machinery in action.

Never before has the monitoring of mechanization been so important as market volumes have reached record levels in the country (about 800,000  tractors absorbed in 2018), and important governmental policies for the development of agriculture are being implemented. EIMA Agrimach therefore takes place in a dynamic moment for the country, and constitutes a promotional and commercial platform that is more than ever useful and promising. The schedule of conferences and meetings on technical and political topics is very rich.

Mechanization to aid productivity and the landscape

The mechanization of agriculture represents for India not only the tool to increase productivity and to improve the quality of life of rural populations, but also the means to counteract the climatic and environmental factors that represent a constant threat to the country.

It emerged in the technical meetings taking place during EIMA Agrimach that 51% of the 140 million hectares cultivated in India is still at the mercy of monsoons, the winds on which the majority of rainfall in the country depends. Sometimes these can be too weak and therefore insufficient to irrigate crops, and sometimes too strong, harming crops.

Another extremely dangerous phenomenon is desertification, namely the deterioration of the flora due to the reduction of rainfall, the increase in temperatures and the impoverishment of the organic substance present in the soils. Faster processing, the management of water resources through advanced pumping and water distribution systems, the use of equipment capable of operating on dry land and reducing stress on agricultural surfaces while preserving the organic substance are all possible measures that can be implemented with new generation agricultural machinery and systems. A range of these technologies were on display at EIMA Agrimach to show farmers and technicians potential solutions for their farming operations.

The Indian economy is growing at a rapid pace and the increase in gross domestic product in 2018 was 7.3%, the highest among the G20 countries. The country's economic growth produces a greater demand for foreign technologies, with a benefit also for Italy, which exports a wide range of products to India, in particular in the sectors of industrial machinery, chemistry and metallurgy.

This trend will also concern agricultural machinery, a sector in which Italy is one of the largest producers in the world and India the country with the largest market (in 2018 alone, 800,000 tractors were sold in the country).

However, agricultural mechanization is a strategic asset that is too important to be limited to machinery imports alone. The Indian agricultural machinery industry has grown considerably in recent years - noted in data released at EIMA Agrimach - precisely to satisfy the internal demand for effective technologies that can be accessible in terms of cost. In recent years, Italian machinery exports to India have remained at significant levels (26 million euros was the value of Italian exports in 2018), but certainly below the levels achievable in a country with such potential.

Meanwhile, the local productive settlements and the joint ventures of Italian companies have grown considerably. Today, large and medium-sized Italian companies - including Adr, Ama, Bcs, Carraro Assali, CNH Industrial, Kohler Lombardini, Maschio Gaspardo, Mita CBM, Ognibene, Safim, 76 Graphics Evolution - directly produce in India a range of products ranging from tractors to axles, from equipment for soil processing to machines for treatments and components, with high standards both in terms of quantity and quality. The forecast is that this trend may grow in the near future as a means of better serving the local market.

It emerged in the interviews and statements made by representatives of FederUnacoma, the Italian Embassy, and the ICE Offices in New Delhi and Mumbai that the Indian subcontinent represents one of the “target” areas for Italian industries, and the promotional activity in this country will be supported with further initiatives. Over the course of 2020, a "road show" will be carried out in various states of the country to present the "Made in Italy" technologies best suited to the different production environments.

The final report for the 2019 edition of EIMA Agrimach shows a decline in visitors of 17% compared to the 2017 show. This is likely in line with tractor sales decreasing 10% in India in 2019 after a boom in sales the previous year.

However, the organizers of EIMA Agrimach still anticipate the Indian market will be an opportunity for agricultural equipment manufacturers due to the policies put in place by India's government and the continued push toward mechanization.

*Editor's Note: this news item originally appeared on Dec. 5 and has been updated with new information.