European tractor registrations increased about 5% compared to the previous year. 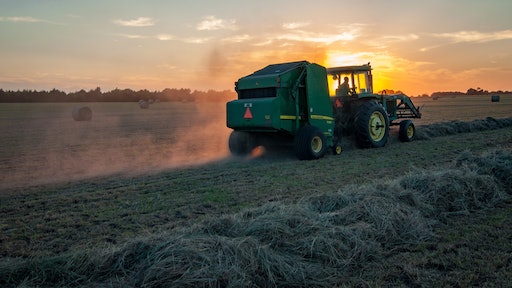 Overall, some 191,587 tractors were registered across Europe in the full year 2019, according to numbers sourced from national authorities. Of these registrations, 43,642 vehicles were 37 kW (50 hp) and under, and 147,945 were 38 kW and above. CEMA considers that 154,321 of these vehicles are agricultural tractors, the rest being quads, telehandlers or other equipment. Corrections are significant (i.e. more than half of registrations) in countries such as Slovakia, Finland, Sweden, Iceland, Luxemburg, Estonia and Switzerland.

Agricultural tractor registrations for the full year increased by around 5% in comparison with 2018. One should however remember that registrations in 2018 were negatively impacted by new legislation coming into force on January 1, 2018, which resulted in a high number of pre-registered tractors in December 2017 without an increase in underlying demand. The current increase should therefore take this phenomenon into account, since 2018 is otherwise considered to have been a positive year for tractor sales. Graph 1 clearly shows that registrations in December 2017 peaked and, subsequently, were relatively low in the first quarter of 2018. When estimating the trend without this unusual peak, the full year 2019 confirms stability for demand in agricultural tractors compared to previous years.

The two biggest tractor markets in Europe remain France and Germany (Graph 3). All tractor registrations in France significantly increased by 26% in 2019 versus 2018, with a more modest increase of 5% for Germany. Italy was stable for all tractor registrations (+1%) while Spain benefited from a 7% improvement. After a decrease in 2018, registrations in the United Kingdom increased by 5%. There were otherwise notable increases in Croatia, Serbia & Montenegro, Luxemburg, Denmark and Bosnia Herzegovina and notable decreases in Slovakia, Greece, Lithuania and Iceland.

In Germany, the 2019 tractor market has increased slightly compared to the previous year with a growth of 5%. Two opposing developments have become apparent in 2019: In the first half of 2019, registrations were significantly higher than in the same period last year. Among other things, this significant increase was still an effect of the "Mother Regulation", which led to a significant drop in registrations in the first quarter of 2018. In addition, there was another EU regulation ("Functional Safety") which came into force on July 1, 2019. Machines with previous standards were only allowed to be approved up to this date. This again resulted in a period of increased dealer registrations and a corresponding increase in inventories at German dealers. The consequence of this was ultimately recorded in the fourth quarter, with a particularly sharp drop in December.

In France, 34,555 agricultural tractors, all types / all powers and including gardening equipment, were registered for the first time in 2019, this represents an increase of + 15% compared to 2018. Without gardening equipment which saw a significant peak in 2018, the increase of agricultural tractors for France for 2019 goes up to 25%. The first tractor registrations reached their highest level since 2013, the benchmark year for agricultural machinery in France. Tractors continue to gain in power. The average power of a standard tractor was 147.7 horsepower in 2019, compared to 147.1 horsepower in 2018 and 129 horsepower in 2010.

In the United Kingdom, 2019 was a year of two halves for tractor registrations. After two strong years in 2017 and 2018, the first half of the year was still largely positive but things were much tougher in the second half of the year. This was partly cyclical, with newer equipment on farm less likely to need replacing, but political uncertainty and the deteriorating weather faced by farmers were undoubtedly factors too. Total tractor registrations in the first seven months of the year were up 10% but in the final five months of the year, they were 3% down on the same period in 2018.

the total market) and used imported tractors increased by 3,6% (1650 units, 3,7% of the total market). The total investment (exc. taxes) for ag tractor was 671,4 million euros and the average power was 113,47 HP. The mean price of an average tractor in 2019 has increased a 108,15% since 2000 (in current terms), and nearly half of such an increase is due to compliance with environmental and safety regulations.

In Belgium, total registrations of agricultural tractors above 50 kW increased by 0,8% in 2019. Many tractors were sold and registered before the end of the year because of the changing tax rules. The same for telehandlers and other loading equipment. After a rather doubtful start of the year, 2019 was also a good year regarding sales of machines. More machines were sold in the Flanders than in Wallonia. 2020 started good, but there is a general expectation of decline.

In the Netherlands sales showed a stable number but order intake is rather weak with 2019 being 2018 minus 11%.

In Turkey, after a total sales record was achieved in 2017 (72,909 units), the tractor market began to decline sharply in the second half of 2018 and has increasingly continued to fall in the first half of 2019. After closing the year 2018 with 48,356 units, the domestic sales stood at 26,297 units in 2019, down 46%. Furthermore, 45% of the sold new tractors in 2019 were 2018 model year. Main causes are the downtrend in the Turkish economy, which started in the second half of 2018, the notable rise in interest rates and currency levels, and the significant increase in agricultural input prices, which cannot be tolerated by product prices. However, due to the decrease in stocks, stability in exchange rates and agricultural loan interest rates fall below 10%, there has been an improvement in the domestic sales for the last few months.

CEMA Barometer hints that current recession could be temporary correction

As stressed in the most recent CEMA barometer, the general business climate index for the agricultural machinery industry in Europe continues to be in the negative range, but has improved significantly compared to the previous month. If this trend is confirmed in the coming months, the current recession phase may prove to be a comparatively shorter, temporary correction unlike the previous one. The improvement of the overall turnover expectations is due less to an increase in participants with growth expectations, but rather to the fact that more participants expect an unchanged instead of a declining turnover. A large proportion of respondents may simply be undecided, which again indicates that there is great uncertainty in the industry about the near future. It remains to be seen if future barometers will be impacted by developments connected with the Coronavirus COVID-19.