FederUnacoma reports sales of tractors and combines increased in the last 2 months of 2020, helping the market to recover. 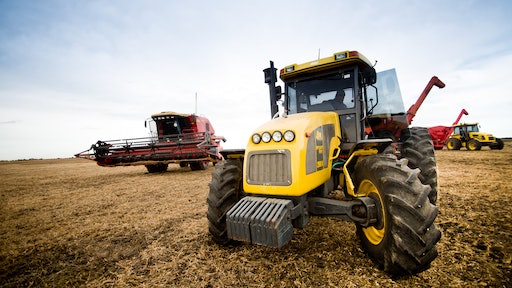 FederUnacoma—the Italian agricultural equipment association—reports registrations at the end of 2020 for agricultural machinery were down, but less negative than expected. There was a sharp increase in sales in the last 2 months of the year which helped to offset the market's collapse earlier in the year caused by the coronavirus pandemic.

Registrations for tractors with a loading bed (multi-purpose off-road vehicles) remained in line with 2019 numbers, closing the year at 564 units and a variation of just 0.2%.

FederUnacoma says the only category of machines which ended the year with an increase was telescopic handlers. This increase was in the line with the overall industry increase in sales for these machines occurring over the past several years. The association says their growing popularity is due to their flexibility for various agricultural uses. This segment increased 6.3% in 2020 with a total of 956 units sold.

"The downturns recorded on the national market aggravate the situation of a sector that for many years has seen a constant decline in demand for new tractors and mechanical vehicles, to the advantage of used machines that often do not offer guarantees of efficiency and environmental compatibility," comments the President of FederUnacoma Alessandro Malavolti in the association's press release announcing the year-end totals. "However, the result for 2020 risked being much worse, since in the first part of the year, and especially during the lockdown in the spring months, sales collapsed, leading to more significant losses.

"A good recovery came in the last part of the year and this has improved the closing balance," he concludes.

FederUnacoma says analysis of the monthly data shows a recovery in the last 2 months of 2020. There was a 38.5% increase in tractor registrations in November compared to 2019. Registrations increased another 38% in December, helping the market to further recover. Combine harvester sales also increased during the last 2 months, but was still considered to be a small number of units.

Sales of telescopic handlers increased 81% in November and 25% in December, and thus played a large part in the positive end-of-year trends, says FederUnacoma.

The association says the increased registrations seen at the end of 2020 could be a sign of recovery for the early months of 2021. A tax credit was renewed, as well, which may also help to improve sales. However, it also notes the pandemic could still have a negative impact on the market, so it remains to be seen how the year will progress.