The Fiat Centenario concept tractor, inspired by the Series 90 features an updated design with the flowing lines of today’s modern tractors. 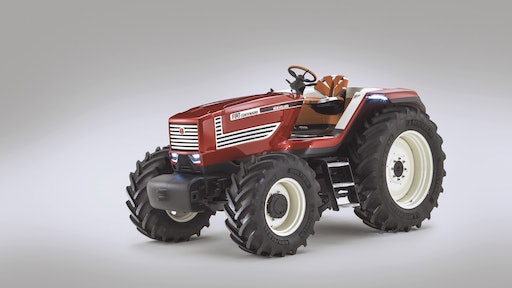 New Holland celebrates the 100th anniversary since the first Fiat tractor rolled off the assembly line. Model 702 was developed to address the labor shortage in agriculture as World War I was reaching its final stages. Increasing the sector’s productivity was urgently needed and mechanization was the way to overcome the lack of manpower and to plough effectively the hard soil of the fields neglected during the war. Model 702 provided the solution with its innovative approach. It was specifically developed to meet the requirements of the widest variety of static and dynamic applications, with its 4-cylinder engine, rear-wheel drive, a steering front axle and rigid rear axle – an unusual choice at the time. Model 702 also broke with conventional design by adopting the approach of the Fordson tractor that featured a load-bearing powertrain which eliminated the need for a chassis. It differed from the Fordson machine –designed for the loose soil and extensive mostly level fields in North America – in that it was more powerful and perfectly adapted to the difficult soil and frequently sloping fields that European farmers had to deal with.

After extensive field testing, Model 702 was presented to the Italian Authorities on August 14, 1918. This was the official debut of one of the most iconic tractors in agriculture. It immediately made an impact by winning its first ploughing match, leaving behind its well-established competitors. The following year, on the back of its successful performance in the fields, Fiat signed supply agreements with agricultural consortia across Italy and started production of 1,000 tractors. The first mass produced Fiat tractor was born and the mechanization of Italian agriculture had begun. 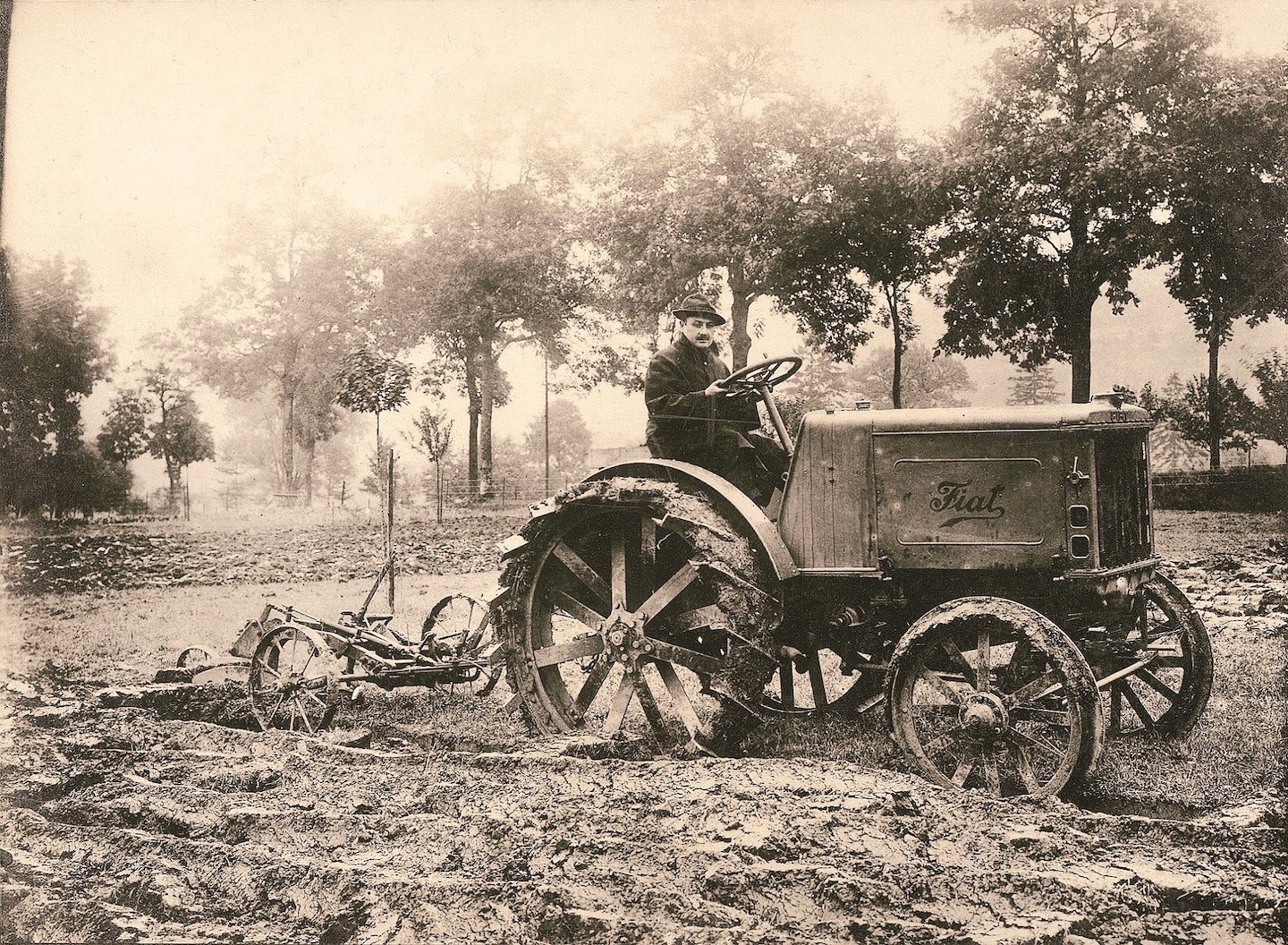 The Model 702 was the first in a long line of tractors that were initially developed to address a specific need and went on to shape agriculture across the world: tractors like Model 700C, the first crawler tractor in Europe, which broke new ground with a tractive force, stability, and safety on hillsides and muddy terrain that had no equal when it was launched in 1932. The following decade saw the arrival of Model 40, another crawler tractor, which was light, safe and economical, as it could run on a wide variety of fuels cheaper than gasoline. Model 50 was the tractor of the post-war reconstruction: unstoppable and indestructible, it placed Fiat firmly in the lead in crawler tractors. The Diamante Series in the 60s introduced the concept of a tractor Series, with four models ranging from 22-70 hp. It also marked the appearance of Fiat’s first narrow vineyard version, the origin of New Holland’s heritage of excellence and leadership in speciality tractors. Fiat celebrated its 50th anniversary with the Nastro d’Oro Series, a favorite of small and medium farmers, available in many versions that included vineyard, orchard, mountain and row crop. With the Diamante and Nastro d’Oro Series Fiat became a major player in the European market place.

The 1980s saw the launch of Series 90, one the most beloved tractor series in the history of agriculture. It introduced an entirely new level of operator comfort with its suspended cab, air conditioning and what were at the time remarkably low in-cab noise levels at just 80 dBA. This Series was continuously developed and upgraded over the years, pushing the boundaries, until the last 110-90 Tradition model was launched in 2002. With its enduring success, the Series 90 achieved iconic status, living on after the launch of another range that made history, the Winner series in 1990. The Winner range raised cabin design and its technological content to a new level, taking inspiration from the automotive world. The entirely glazed doors and narrow side pillars of the cab provided unprecedented all-round visibility. The cabin, with silent block suspension, was uniquely quiet at just 75 dB(A). In-cab features included air conditioning and a cool compartment for drinks. The on-board computer provided fuel consumption data per hour and per hectare in real time, in a “bar-graph” format never seen before on a tractor. Twenty years after its launch, the cab of the Winner series was still regarded as one the best cabs of all time.

The long lineage of tractors that changed agriculture is testament to Fiat’s vision of meeting a specific local need and then extend it to provide farmers across the world easy-to-use, innovative and highly productive machines. This heritage lives on to this day in New Holland’s extensive offering, always at the forefront of the industry with innovations that significantly improve the way farmers work and ease their lives.

New Holland will celebrate 100 years of Fiat tractors with a program of events that will kick off in November at the EIMA 2018 exhibition and continue during 2019.

Carlo Lambro, Brand President New Holland Agriculture, says, “Our program of events and initiatives wants to celebrate the 100 years that Fiat and New Holland have spent by the side of farmers, helping them do more with less through innovative, productive and efficient equipment. We have been ‘together, since the beginning’ with our customers and we will continue to stay by their side, today and in the future, taking our rich heritage forward and carrying on innovating agricultural mechanization.”

The Fiat Centenario concept tractor, inspired by the Series 90 and created by CNH Industrial’s Design Center, revisits the iconic tractor range, updating its design with the flowing lines of today’s modern tractors and a wrap-around bodywork reminiscent of the Methane Powered Concept Tractor presented last year and that will also be shown during the EIMA show. The hood decals, based on those of Series 90, link the Fiat legacy to the present-day New Holland. 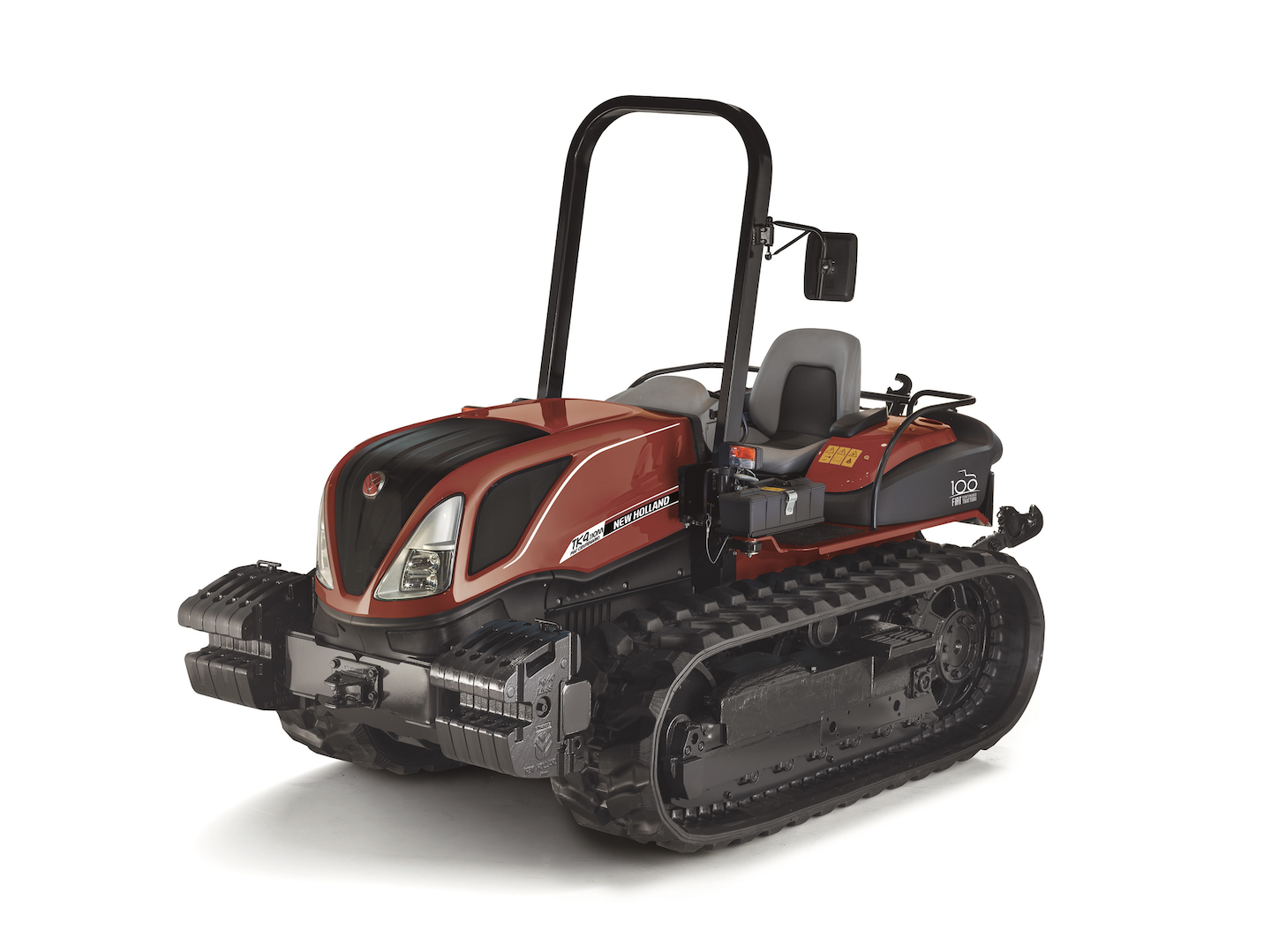 To celebrate this important anniversary, the brand has also created a Fiat Centenario Limited Edition range of tractors which will have a specially designed livery that incorporates elements of the Fiat tractor heritage. The distinctive terracotta color that has been associated with Fiat tractors for decades has been updated and given a metallic nuance; the hood emblem links today’s New Holland leaf to the terracotta heritage; and special decals on the hood and fender link today’s tractors to Fiat’s origins and the iconic Series 90.

The commemorative tractors will be available in six utility, specialist and crawler models (T5.120 EC, T5.115, T4.110F with cab, T4.110LP ROPS, T4.110FB ROPS and TK4.110 ROPS). Each tractor bears a numbered plate identifying it as one of the 100 limited edition models within the six ranges.

The Fiat Centenario Concept Tractor and a range of Fiat Centenario Limited Edition models will be on display in an area dedicated to the milestone’s celebration on the New Holland stand at the main European exhibitions, starting with EIMA 2018 and throughout 2019.

FederUnacoma reports sales of tractors and combines increased in the last 2 months of 2020, helping the market to recover.
Sara Jensen
January 19, 2021

The new LEXION 6900 and 6800 combines provide up to 25% more throughput than the prior straw walker series.
CLAAS of America Inc.
December 14, 2020
Follow Us