3 Steps to Stay Ahead in China’s Age of Innovation 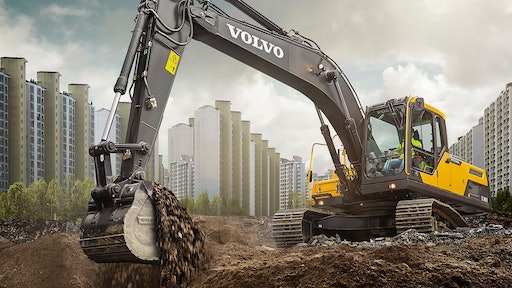 China’s construction technology is embracing innovative technology at a rapid rate. Mats Sköldberg, Vice President of Technology in China and Head of the Volvo Construction Equipment’s (Volvo CE) Jinan Technology Center, explains what Chinese customers are looking for – and how manufacturers must respond.

The Chinese construction market has skyrocketed over the last few years, thanks to massive government investment in infrastructure and urban development – with up to two billion square meters of development being constructed every year. This building boom has had an inevitable effect on construction equipment sales, which saw an incredible 82% surge back in 2017, and annual sales are still going strong today. In order to make the most of these new opportunities – and to create products tailored to the market’s particular requirements – investment into research and development in the region is soaring. This shift is quickly positioning China as not just a center for production, but a global leader in innovation.

In the past, new technologies were being brought into China from elsewhere but even over the last three years, this has completely shifted. China is now setting the pace for technological change and product innovations– which means you have to remain close and follow the progress if you want to keep ahead of the game. It provides OEMs like Volvo CE with the chance to adapt, transform and deliver new ways of working for this most dynamic of markets.

But to really make a success in this region, there are three key actions every manufacturer needs to get right. 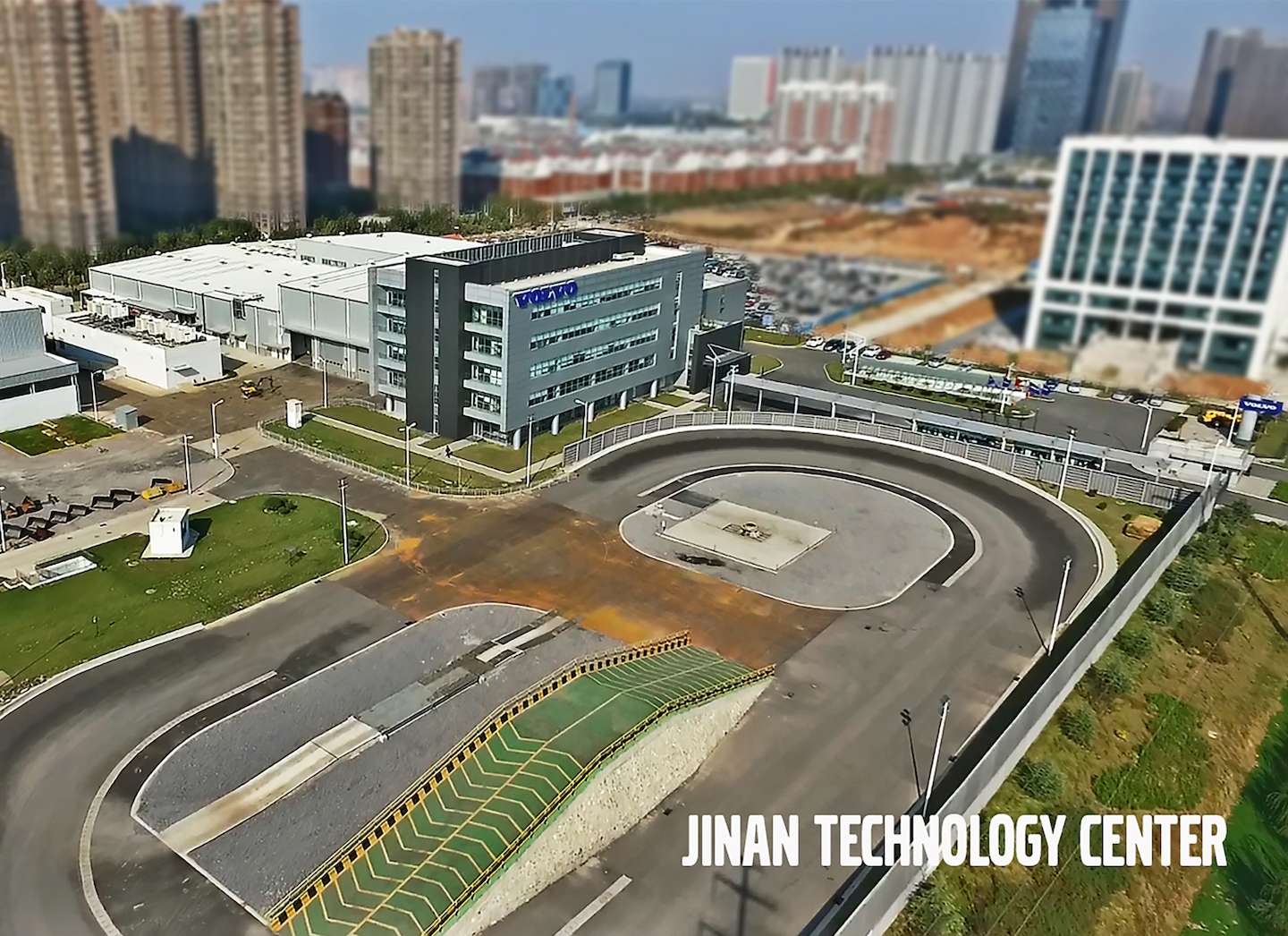 1. Be quick to innovate

For a country that is expected to add more than 350 million city dwellers by 2030 – more than the current population of the U.S. – speedy progress is essential. Foreseeing the need for investment in the region and establishing its commitment to the Chinese construction equipment market, Volvo CE set up the Jinan Technology Center in Shangdong province back in 2014. Its goal was to focus on developing products, components and technologies for customers in China and emerging markets.

China is a highly competitive market that is very different to that of Europe or North America. Because the mechanism of the construction industry is relatively short lived, there is less interest in a manufacturers’ heritage, meaning customers do not generally have entrenched brand loyalty. As a result, manufacturers have to act fast and compete on a daily basis with not only the big global businesses but also energetic local start-ups.

Whether that is a bigger bucket or a higher horsepower, customers demand product improvements all the time, an impetus that is prompting manufacturers to grab any advantage they can – and fast.

2. Adapt to the market

The construction market in China is different from anywhere else in the world. Not only when it comes to customer demands (in China customers are particularly keen on uptime and low costs, with compact excavators now the machines of choice) but also when it comes to the region’s legal requirements and operating standards. Having an understanding of these and adapting your business to suit is key.

In western parts of the world, technology trends tend to be set by leading platforms such as Google and Microsoft, whereas in China it is Alibaba and Huawei. While in Europe and North America it is the manufacturers who are setting the standards for electromobility, in China it is the government. In fact, the government has invested so heavily in electrifying public transport, by providing subsidies and setting environmental regulations such as the China IV emissions standards, that China now has 400,000 electric buses, representing about 99% of the world’s total. Connectivity standards are also set by the government, which requires connected services for on- and off-road machines in order to track emissions data.

This is why partnering with local suppliers, understanding local standards and getting to grips with the major Chinese platforms is all essential in order to adapt products to the right requirements. Something that is a key part of the work we do in the Jinan Technology Center. 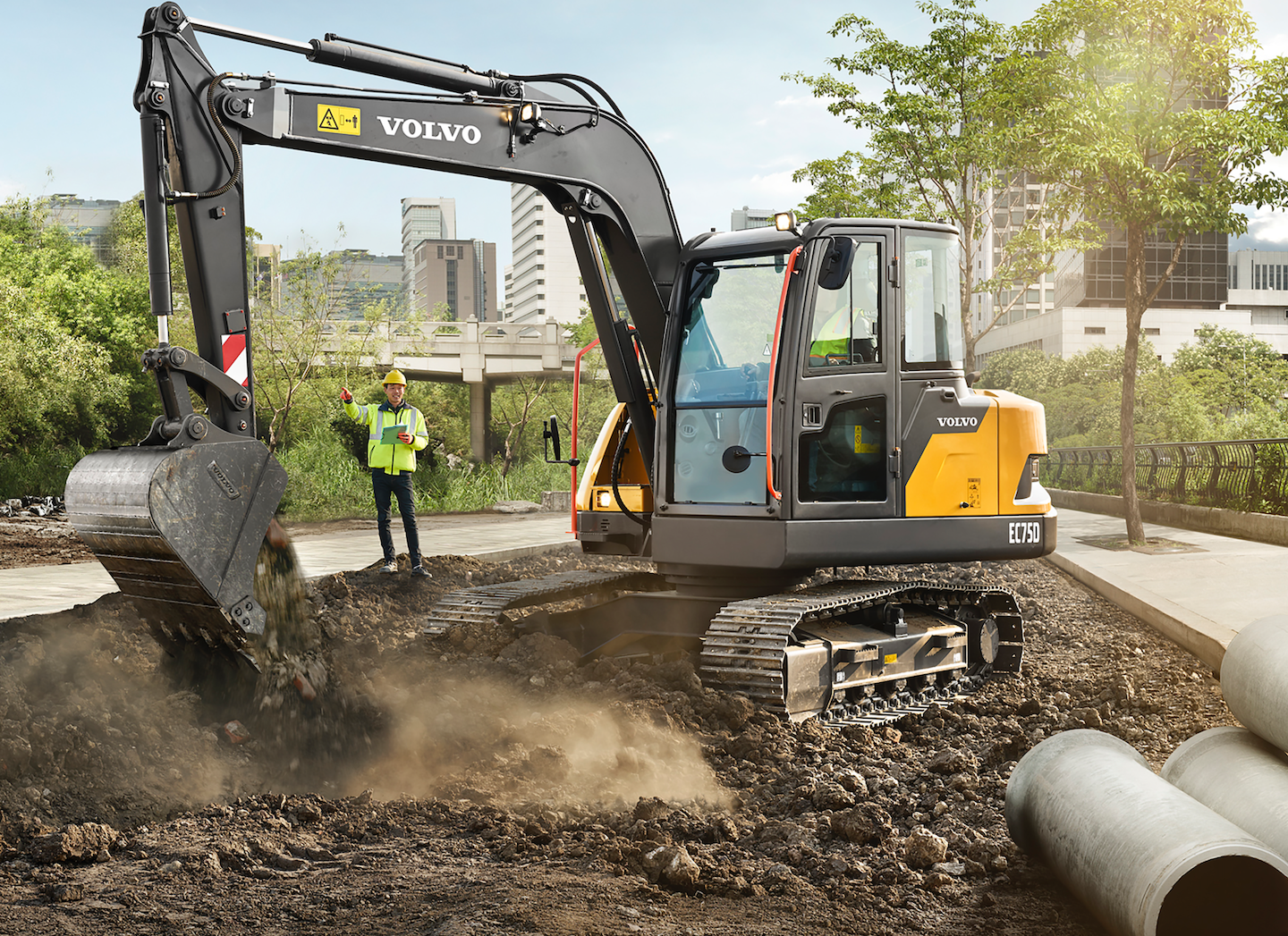 Excavators, like the EC75D, have overtaken the wheel loader as the machine of choice in China.

The best way to stay competitive and boost market share is to ensure value for money – the number one demand for customers in China. Optimum uptime, fuel efficiency and power and performance are all important, and in the end all help to reduce the total cost of ownership. Another way to streamline customers’ costs is to provide a total solutions package – machine, services and financing all in one. Based on China’s most popular social networking tool, WeChat, a newly launched platform by Volvo Financial Services allows customers to keep an eye on their bottom line, by helping them to manage their accounts and make instant payments.

Providing a competitive product offering across the full range of machines is also a great way to ensure value for money. Seeing the potential for expanding growth in the region Volvo CE is consolidating its range of excavators over 15 tons with Shandong Lingong Construction Machinery (SDLG) – a Volvo CE joint venture company with a solid foundation in the China market – and adopting a common strategy across both brands. 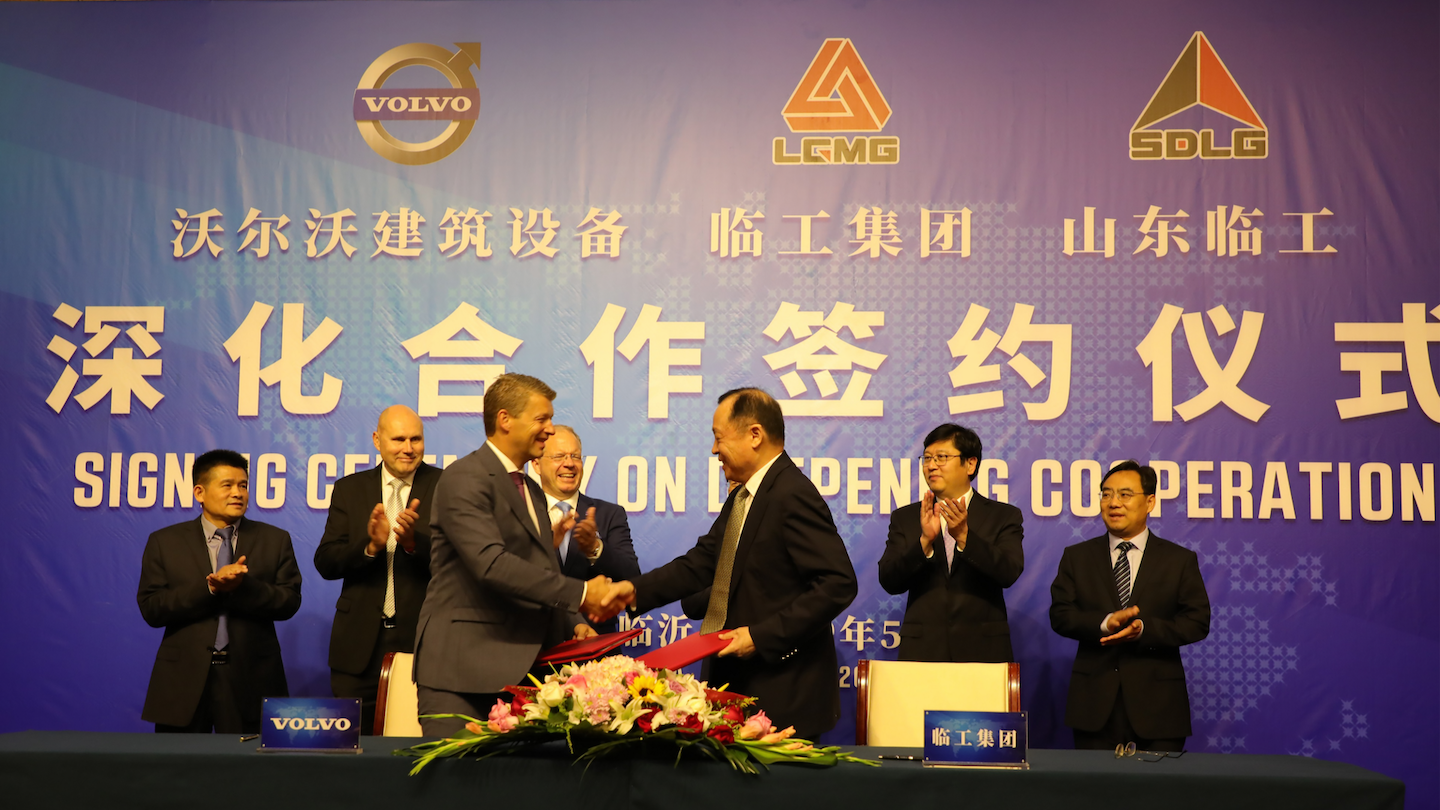 Volvo CE announced its consolidation with SDLG in 2019.

This spirit of collaboration is creating a real sense of energy in China. Of course there are challenges in adapting to a new and ever-evolving market, but with a focus on innovation, flexibility and sticking close to market demands, manufacturers will find that the opportunities are limitless.

Mats Sköldberg joined Volvo CE in 1993, where he worked as a hydraulic design and test engineer. Progressing through to a Chief Engineer of Wheel Loaders before moving on as Director across the Product Platform for Loaders he then assumed the role of Vice President for Technology in China in 2012. In this role he not only heads up the Jinan Technology Center, but is also responsible for overseeing the synergies between the SDLG and Volvo brands.