A new poll commissioned by AEM shows an overwhelming majority (81%) of viewers of the President's State of the Union said it is important to them that Congress passes an infrastructure bill this year. 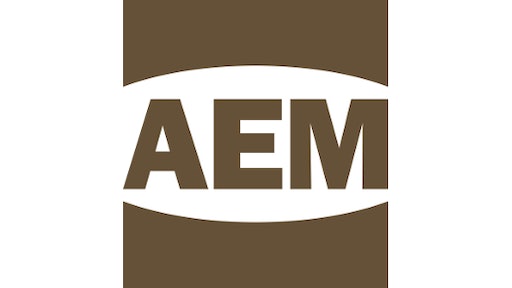 Americans who watched President Trump’s State of the Union (SOTU) Address want action on infrastructure this year—and they want Democrats to help.

According to a new Morning Consult poll commissioned by the Association of Equipment Manufacturers (AEM), an overwhelming majority (81%) of SOTU viewers said it is important to them that Congress passes an infrastructure bill this year.

Additionally, 8-in-10 SOTU viewers – including two-thirds (67%) of Democrats who watched President Trump’s address – said that congressional Democrats should work with President Trump and Republicans in Congress to pass an infrastructure bill.

“This poll clearly shows that there is strong and bipartisan support for Congress to take on infrastructure now,” says AEM President Dennis Slater. “It is time for Washington to get to work, and introduce legislation to make President Trump’s $1.5 trillion infrastructure plan a reality.”

SOTU viewers have a high confidence in President Trump’s handling of infrastructure as an issue. Sixty-five percent of those who viewed the State of the Union are very or somewhat confident in the president’s promise to rebuild U.S. infrastructure, including 59% of self-described independent voters.

“These results show why it is important for AEM and the broader business community to redouble our work to ensure Congress passes an infrastructure bill,” says Slater. “There is clearly broad and bipartisan desire for Congress to act. So let’s get the job done.”

Equipment manufacturers are ramping up their advocacy efforts this year to urge Congress to act on infrastructure. AEM’s grassroots advocacy campaign – I Make America – has already generated thousands of messages to President Trump and members of Congress. The I Make America campaign will travel around the country for a series of events at manufacturing facilities that will highlight the need for action on infrastructure. AEM will mobilize the road construction industry at World of Asphalt, an industry trade show, in early March. AEM will also continue to work through its Infrastructure Vision 2050 thought-leadership initiative to generate specific policy ideas and grow support for an eventual infrastructure bill.