The Brookings Institution has published a report which aims to lay out strategies to focus on which help improve U.S. infrastructure and the economy. 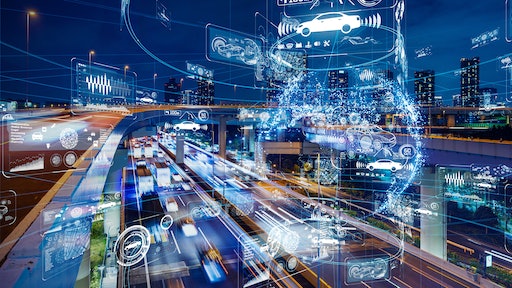 The Association of Equipment Manufacturers (AEM) provided funding for the report and has announced a commitment to national policies put forth in it which look to prioritize improvements to U.S. infrastructure while also benefiting the economy.

According to AEM's press release about the new report, it is not tied to current political cycles, legislative calendars, or which elected officials fill the country’s legislative chambers and executive mansions. The purpose of the report is to recommend shared priorities for a forward-looking national vision, justify them with rigorous research, and use those priorities to craft high-level strategies to inform policy change.

“Equipment manufacturers believe that rebuilding and modernizing our nation’s infrastructure is always an optimistic choice,” said Dennis Slater, President of AEM, in the press release. “It reflects the collective belief that we need to make a transformational investment in infrastructure to grow our businesses, improve our quality of life, and protect our environment for the generations to follow. ‘Rebuild With Purpose’ reflects many of the policy priorities advanced by AEM’s Infrastructure Vision 2050, and we urge the business community and policymakers to embrace an affirmative vision for 21st century infrastructure and break free from the same old policies that have failed to move our country forward.”

AEM’s Infrastructure Vision 2050 offers an optimistic vision for how to build a modern, sustainable, and equitable infrastructure for all Americans. This bold initiative is advancing a forward-looking vision for American infrastructure that will help the United States respond to its biggest challenges in ways that improve the quality of life for all Americans, reinforce America’s global economic standing, and protect the planet. Today, under the leadership of the Infrastructure Vision 2050 Task Force, the equipment manufacturing industry continues to drive the national conversation about the future of U.S. infrastructure.

“The equipment manufacturing industry is leading the way in advancing a new vision for U.S. infrastructure that will solve today’s challenges and capture future opportunities,” said Jason Andringa, CEO of Vermeer Corporation and Chair of AEM’s Infrastructure Vision 2050 Task Force. “As America approaches its 250th anniversary, we have a generational opportunity to renew our commitment to cutting-edge transportation, water, energy, and telecommunications infrastructure and boost our national competitiveness. The time to rebuild is now.”

The Association of Equipment Manufacturers are championing four key recommendations that will restore America’s economic competitiveness, enhance equipment manufacturers’ ability to meet the challenges and opportunities of the 21st century, and improve the lives of all Americans:

Infrastructure investments must be mindful of what's important

Core questions he said which were at the heart of the report and should be driving infrastructure investments are:

"We believe it's a mistake to start with specific sectors or specific projects," said Tomer. "Instead, let's talk about cross-cutting forces that we all face together. If we can coordinate our policies to address these four structural forces head on— climate resilience, digitalization, workforce development, and fiscal health—then we can design solutions that punch above their weight, delivering lasting value at scale."

Addressing these, particularly chronic climate issues like air pollution and flooding faced by many states, is not only morally just but will also make the U.S. economy more competitive, he said. Digitalization of almost everything has also made connecting to the internet a necessity. "We can't prosper as a society if people can't connect to the modern economy," said Tomer. There are also many opportunities for digital growth which again necessitate expanding broadband infrastructure and use across the U.S.

"The federal government has the scale and the resources to lead a grand revisioning in reinvestment in the country's built environment," continued Tomer. Instead of investing in traditional programs and expecting different results, he said the suggestion is for congressional leaders and their executive branch partners to design policies which solve 21st century challenges.

The institute's report provides over 90 recommendations under three-part plan:

"The federal government is uniquely positioned to take risks in the infrastructure space, whether that's related to the ethics of artificial intelligence, or new tunneling technology to protect critical networks. Let's not be scared to fail to make sure we can succeed more," said Tomer.

Austin Ramirez, CEO of Husco and Board Member and Task Force Vice Chair of AEM's Infrastructure Vision 2050, was part of a panel discussion during the Brookings Institute event to provide perspective from the business and heavy equipment industry on infrastructure investment.

"I think there's no better way to stimulate the U.S. economy, put Americans to work and bolster American manufacturing then through infrastructure investment," he said.

Ramirez said what he likes about the infrastructure plan put forth by President Biden is how expansive and ambitious it is because it looks at more than just roads and bridges. It attempts to address many other areas which are infrastructure related but have not been prioritized as much.

There is also a lot of emphasis on experimentation, looking at new technologies and ways of ensuring infrastructure will be robust. "There's so much change happening in so many different ways that will affect our infrastructure going forward," said Ramirez. "I think having a portion of this bill that is really dedicated to thinking about experimentation, across different infrastructure systems, with different technologies [will] make sure that what we're building is relevant not just for the next 5 years, or 10 years, but for the next 50 years."

"The other thing I'd love to see as a funding mechanism is a carbon tax. This is the right mechanism and moment to think about if there is going to be a general tax that's levied to pay for this infrastructure, doing it in a way that helps offset  some of the impacts of greenhouse gas (GHG) emissions," he continued.

AEM has also noted the need to re-evaluate how infrastructure investments will be funded. While the association and its members agree there is a need to improve infrastructure and that it will benefit the U.S. economy, they also want to ensure changes to the tax rate will not negatively impact manufacturers who need to remain competitive in the global market.

Ramirez emphasized the need for an infrastructure bill to be bipartisan. "If this bill is bipartisan, it will be a better bill and a more sustainable bill," he said. He also thinks it is important for federal policymakers to think about spending federal dollars to incentivize and leverage local spending instead of replacing it. Too often federal money is just sent out but could instead be used as a tool to magnify other private local spending to build infrastructure he said.

He concluded by saying there is plenty of common ground to be had in an infrastructure bill and hopefully the federal government can find it and execute on it.