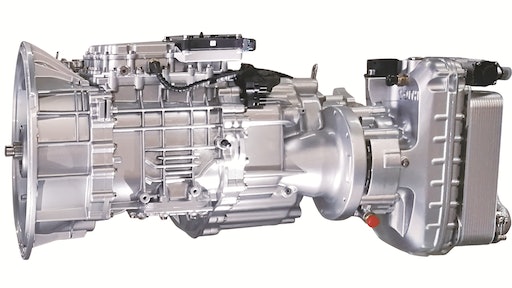 SuperTruck II, the next phase of the U.S. Dept. of Energy’s (DOE) SuperTruck program, was initially announced in March of 2016. Since then, the participating teams have been developing various technologies aimed at improving heavy truck freight efficiency by more than 100%, relative to a manufacturer’s best-in-class 2009 truck, and improve engine brake thermal efficiency performance by 55%. Read more about the SuperTruck II program in the article “SuperTruck Returns.”

Four teams were initially awarded a cost-shared opportunity when the program was announced—Cummins Inc. which will once again be partnering with Peterbilt; Daimler Trucks North America LLC;  Navistar Inc.; and Volvo Technology of America LLC. In 2017, PACCAR announced it would be the fifth team participating in the program.

Its Kenworth brand announced not long after it would be working closely with PACCAR’s technical center and sister brand DAF Trucks to develop advancements in Class 8 truck aerodynamics as well as engine and powertrain improvements. For the project, a Kenworth T680 with 76-in. (193 cm) sleeper and PACCAR MX engine will be utilized. “The U.S. DOE SuperTruck II project is an excellent opportunity for Kenworth, the PACCAR Technical Center and DAF engineers, along with our partners, to explore significant modifications to aerodynamic design, while also developing key ways to further enhance the efficiency of the PACCAR MX engine and PACCAR powertrain,” said Mike Dozier, Kenworth General Manager and PACCAR Vice President, in the press release announcing Kenworth’s involvement.

Kenworth will also work together with UPS to receive guidance on drive and duty cycles to help appropriately design the SuperTruck vehicle for real-world conditions.

He says the company is currently working on 48V new-energy solutions which include belt-driven and gear box mounted systems. “Our systems are delivering maximum efficiencies and performance featuring permanent magnet, induction and hybrid technologies,” he explains. “The initial prototype phase was successfully completed, and we are now in the development evaluation phase across all programs.”

Harley says it’s exciting to work on all aspects of these next generation systems, gathering experience and collaborating with the vehicle manufacturers. Working directly with the OEMs allows Prestolite to further refine its engineering and design prowess. “We’ll be well prepared to take on the latest legislation, new vehicle models and designs, plus the technologies powering the vehicles set to be manufactured in the 2020s and beyond,” he adds.

“We’re able to compliment and expand our core competencies through these research and development projects,” Harley notes. “Through the scope of Broad Ocean [parent company of Prestolite Electric], we’re able to add to our engineering and manufacturing leadership in electric vehicle technologies around the world.”

Earlier this year Eaton also announced it was contributing several components to truck manufacturers participating in the program. The technologies include a high-efficiency transmission that achieves additional fuel savings by enabling engine-off coasting and waste heat recovery; a 48V mild hybrid electrically regenerative accessory drive that charges the vehicle’s batteries, efficiently runs the air conditioner and other accessories, and replaces the alternator in linehaul commercial vehicles; and precise exhaust gas recirculation controllers that enable simultaneous fuel and emissions reductions.

To develop the transmission, Eaton spent a lot of time analyzing different architectures and space options with tools developed under SuperTruck I. It utilized supercomputers and big data/machine learning technologies for its analysis, an approach that is different from how transmissions are normally designed, says Dr. Mihai Dorobantu, Director of Technology Planning and Government Affairs in Eaton’s Vehicle Group. “That allowed us to exhaustively explore the architecture space so we could select a base transmission architecture to maximize the efficiency of the powertrain.”

Maximizing the power of the engine and transmission together was also a crucial step in the development process. To achieve this, the transmission was built with particular engines in mind to bring out those engines’ best aspects. Eaton also looked at all sources of inefficiency on a traditional transmission and tried to eliminate those from the SuperTruck version.

He explains that about 1% of the power you get from a normal transmission is lost when it’s in direct gear. When it’s in any other gear, it’s closer to 2-4%. Those losses have two implications—one being that fuel is burned but energy is not making it to the wheels, and the other is that energy has to go somewhere which is typically cooling circuits in the transmission. Having to add cooling to mitigate any overheating that would otherwise be caused by this lost energy adds weight and complexity to the transmission. The added weight can have an adverse effect on freight carrying capacity while the complexity increases the chances for reliability issues.

In this new transmission design for the SuperTruck II program, Dr. Dorobantu says those losses have been reduced by half a percent when the transmission is in direct gear, and around 1% when in other gears. Because the losses are so small, he says the slipstream of the air passing under the truck is enough to cool the transmission, eliminating the need for a cooler—thus reducing complexity and weight to obtain fuel efficiency increases.

With this transmission design, engine-off coasting is possible. Dr. Dorobantu says this method of coasting does not cause air to be blown onto the aftertreatment system, allowing it to remain hot and operate efficiently once the engine is re-engaged after coasting. More importantly though, he says that because the wheels are driving the transmission-based electrical machine—which is not the case with other methods of coasting—electricity can be generated for electrified accessories and other functions such as power steering. “By moving the electrical power generation away from the engine and onto the transmission, you create these opportunities for things like engine-off coasting.”

He notes there are two SuperTruck programs taking advantage of that capability to increase the electrification content of their truck designs.

PACCAR and Kenworth is another team Eaton is working with which will use a different implementation of the technologies. Dr. Dorobantu says it is working with PACCAR/Kenworth on a modification of the engine-transmission package to support a mild hybrid application. “That is aimed at engine-off coasting, enabling mild hybridization to recover some of the kinetic energy [while coasting] in batteries and reuse it for accessories as well as the sleeper function,” he explains.

With projects like this, Dr. Dorobantu says it has to be a close working relationship between the component supplier and the OEM. “It has to be close integration because if you're thinking about something like engine off coasting, that's a vehicle function, an engine function, and a transmission function,” he says. “these three systems have to work together in order to achieve fuel savings.”

Looking Back at 10 Years of Innovation: SuperTruck Continues to Bring Technology Advancements