ACEA reports demand fell in all vehicle segments; however for 2019 thus far registrations are up 3.3%. 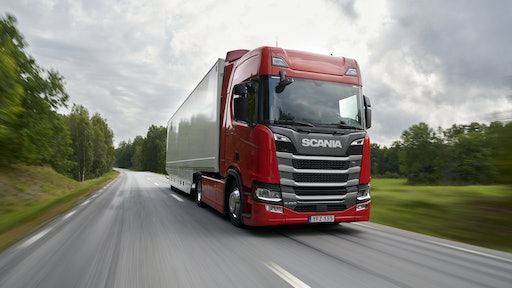 In October 2019, EU commercial vehicle registrations declined by 7.3%, following a 10.0% decrease in September.

Demand fell in all segments, although the slowdown in van sales – making up more than 80% of EU commercial vehicle demand – had a major impact on the overall results for October. With the exception of Italy (+0.7%) and Spain (+0.9%), the major EU markets posted declines. Germany saw the strongest drop last month (-11.4%), followed by the UK (-9.3%) and France (-2.6%).

In October, registrations of light commercial vehicles declined by 5.8% across the European Union – the introduction of WLTP for all new vans on September 1 being the primary reason for this drop. As a result, the five major EU markets – except for Italy (+2.0%) – recorded losses last month; the United Kingdom (-11.0%) and Germany (-10.1%) in particular.

Last month, EU demand for new heavy trucks decreased by 15.2%, marking the fourth consecutive month of contracting sales. With the exception of Spain (+23.2%) all major markets posted negative results in October, especially France (-19.2%), Germany (-15.4%) and Italy (-12.6%). Generally speaking, there was a strong drop in heavy truck registrations across the whole region, with 18 markets seeing double-digit declines.

So far in 2019, heavy truck registrations in the EU increased by 2.9%, notwithstanding the negative performance of the segment over the last four months. This growth was largely supported by the positive results of four key markets: the United Kingdom (+14.9%), Germany (+5.7%), France (+5.6%) and Spain (+2.6%). At the same time, demand for heavy-duty vehicles fell by 7.3% in Italy.

In October, EU demand for trucks went down (-14.9%) for the fourth consecutive month, following a trend similar to the heavy-duty segment. Spain (+18.0%) was the only major market to post growth in October, as registrations fell in all other key markets last month.

From January to October, demand for new buses and coaches in the European Union remained positive (+2.5%). The Central European markets (+12.3% so far in 2019) largely contributed to this result, while in Western Europe only France (+4.2%) and Spain (+0.3%) managed to post modest growth.