Demand, Supply and Timing will be Major Factors for Commercial Vehicle Market

ACT Research says these three factors will have the biggest impact on the weak outlook for the heavy commercial vehicle market over the next 2 years. 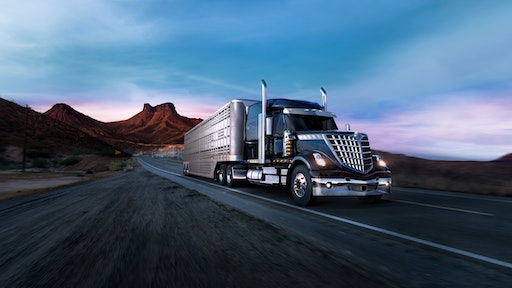 ACT Research’s recently released Transportation Digest indicates carrier profitability, and by extension Class 8 demand are heading toward tougher business conditions in 2020. Succumbing to the slowing economy, forward-looking metrics in the medium-duty Classes 5-7 markets were awash in a sea of red ink in October, although moderate growth persists in build expectations.

“After peak sales and build in 2019, significant declines are ahead in 2020, as heavy-duty sales and build follow the net orders trend down. But if our forecast of ongoing (but slower) economic expansion holds in 2020, the drop will be a correction (along the lines of 2015 and 2016), not a devastating recession (as in 2008 and 2009),” says Kenny Vieth, ACT’s President and Senior Analyst.

Regarding the medium-duty market, Vieth comments, “Given its traditional status as the strongest medium-duty order month of the year, October’s disappointment suggests further softening of customer demand. Following September’s bow shot, the downward trajectory of the seasonally adjusted annual rates in the past two months suggests the slowing of build rates the past two months are looking more like a new paradigm, rather than a pause that refreshes.”

In the release of its Commercial Vehicle Dealer Digest, ACT Research notes that three factors are at work in the weak outlook for heavy commercial vehicles in the coming 2 years: demand, supply, and timing. While some, like the oversupply of equipment, have been on the radar for a long time, others, like the growing weakness in manufacturing and the broader economy, have come on slowly and inexorably over several months.

“The speed at which the economy is progressing, or not in the case of the manufacturing sector, is insufficient to absorb the capacity overhang that was built in 2019. If railroad and port activity are any indication, the freight slowdown is accelerating into year’s end and is as broad-based as it is disconcerting,” says Vieth. Regarding supply concerns, he notes, “ACT estimates that truckers purchased around 4ppts to 5ppts of capacity above the economically prescribed rate in 2019, leaving the industry awash in excess equipment, most of which was added by private fleets.”

Vieth also spoke about timing: “Add to the existing supply and demand imbalance the lack of a visible spark that will propel the U.S. economy to higher growth levels. This has to occur in time to drive heavy duty market improvement into 2021. The process for this goes something like: Rising freight absorbs capacity, spot rates improve, contract rates recover, orders accelerate and backlog growth ensues, and then with comfort in new demand levels, supply chain are ramped. That connect-the-dots process will unlikely be finished in time to materially improve activity into 2021.”