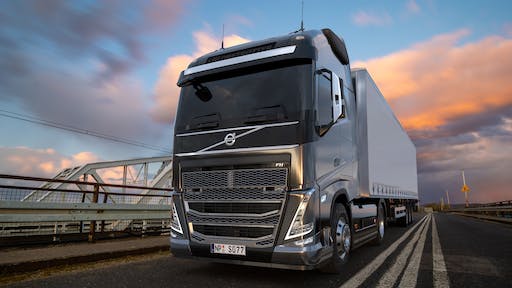 Despite positive results in the last 2 months of the year, 2020 ended negatively for the heavy truck segment.
©Mike Mareen – stock.adobe.com

In December 2020, new commercial vehicle registrations in the European Union slid back by 4.2% to 170,122 units. This reflects the slowdown in demand for vans, which accounted for over 85% of all registrations, as the heavy truck and bus segments actually performed better than the year before.

Overall in 2020, the EU commercial vehicle market shrank by 18.9% to reach 1.7 million units. Despite positive results in September and November, the impact of the COVID lockdowns during the first half of the year continued to weigh on the full-year performance. All EU markets posted double-digit declines in 2020, with the exception of Denmark. Of the four major markets, Spain was the hardest hit (-26.1%), followed by France (-16.9%), Italy (-15.1%) and Germany (-14.8%).

Last month, demand for light commercial vehicles in the EU weakened, down 6.0% compared to December 2019. Performances were mixed in the four big markets. In Italy and France registrations fell by 10.4% and 2.3% respectively, while Germany (+2.5%) and Spain (+1.6%) recorded modest gains.

Heavy commercial vehicles (HCV) of 16t and over

During the month of December, 16,839 heavy commercial vehicles were registered across the EU, a year-on-year rise of 11.8%. Central European markets provided a strong boost to this growth; Poland, one of the leading markets, saw a 48.4% increase in heavy truck registrations in December 2020. Among the largest Western European markets, Germany also made a sizeable contribution (+27.4%), followed by Spain (+8.3%) and France (+2.6%).

In December 2020, demand for medium and heavy trucks posted solid growth (+7.1%), largely driven by the positive performance of the heavy-duty segment. As for the biggest EU markets, Germany saw the highest percentage growth (+12.3%), followed by Spain (+3.8%) and France (+2.9%) with more modest increases. By contrast, MHCV registrations fell in Italy (-1.8%), although only slightly.