The model is a 660SJ and was built at the company’s manufacturing facility in Shippensburg, PA. 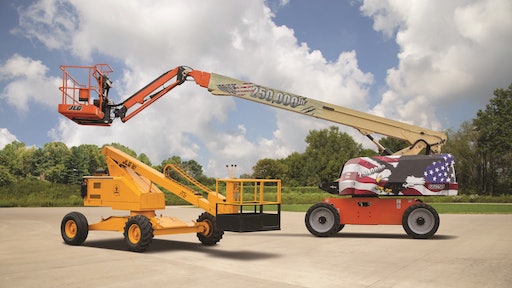 JLG Industries Inc., an Oshkosh Corporation company and a leading global manufacturer of aerial work platforms and telehandlers, marks a milestone in North American manufacturing with the production of its 250,000th self-propelled boom lift. The model is a 660SJ and was built at the company’s manufacturing facility in Shippensburg, PA.

“This is a monumental achievement for JLG and one of many milestones we have marked since JLG produced the world’s first boom lift nearly 50 years ago,” says Frank Nerenhausen, Oshkosh Corporation Executive Vice President and President, JLG Industries. “Since that time, we have evolved the product line to continually reach new heights in a safe, sustainable manner, allowing our customers to work in areas that would be otherwise unattainable.”

Delivery of the commemorative lift was made to Skyworks LLC of Buffalo, NY, the same rental company who purchased the 100,000th boom lift in 2006 and the 100,000th JLG telehandler in 2015. Skyworks also took delivery of the first JLG 1850SJ, the world’s largest self-propelled lift, in 2014.

“We feel very privileged to receive this commemorative lift,” says Jerry Reinhart, Jr., President and founder of Skyworks. “As a family-owned business with a long and successful partnership with JLG that spans three generations, this lift underscores our commitment to JLG and the company’s commitment to us and the rental industry.”

Reinhart’s father, Jerry Reinhart, Sr., founded Access Rentals in 1974 and purchased a JLG lift commemorating the nation’s bicentennial in 1976. Owning the commemorative equipment has become quite the family legacy.

Reinhart, Sr. adds, “I distinctly remember buying the commemorative lift in 1976, and I’m proud that my son and granddaughter are here with me today to celebrate another historical moment in our relationship with JLG.”

“Our relationship with Skyworks dates back to the company’s founding,” says Bill Dovey, Product Manager, Boom Lifts, JLG. “It’s a relationship we value, not only for the business it brings to us, but also for the opportunities it presents to celebrate together as we reach important milestones like this one.” 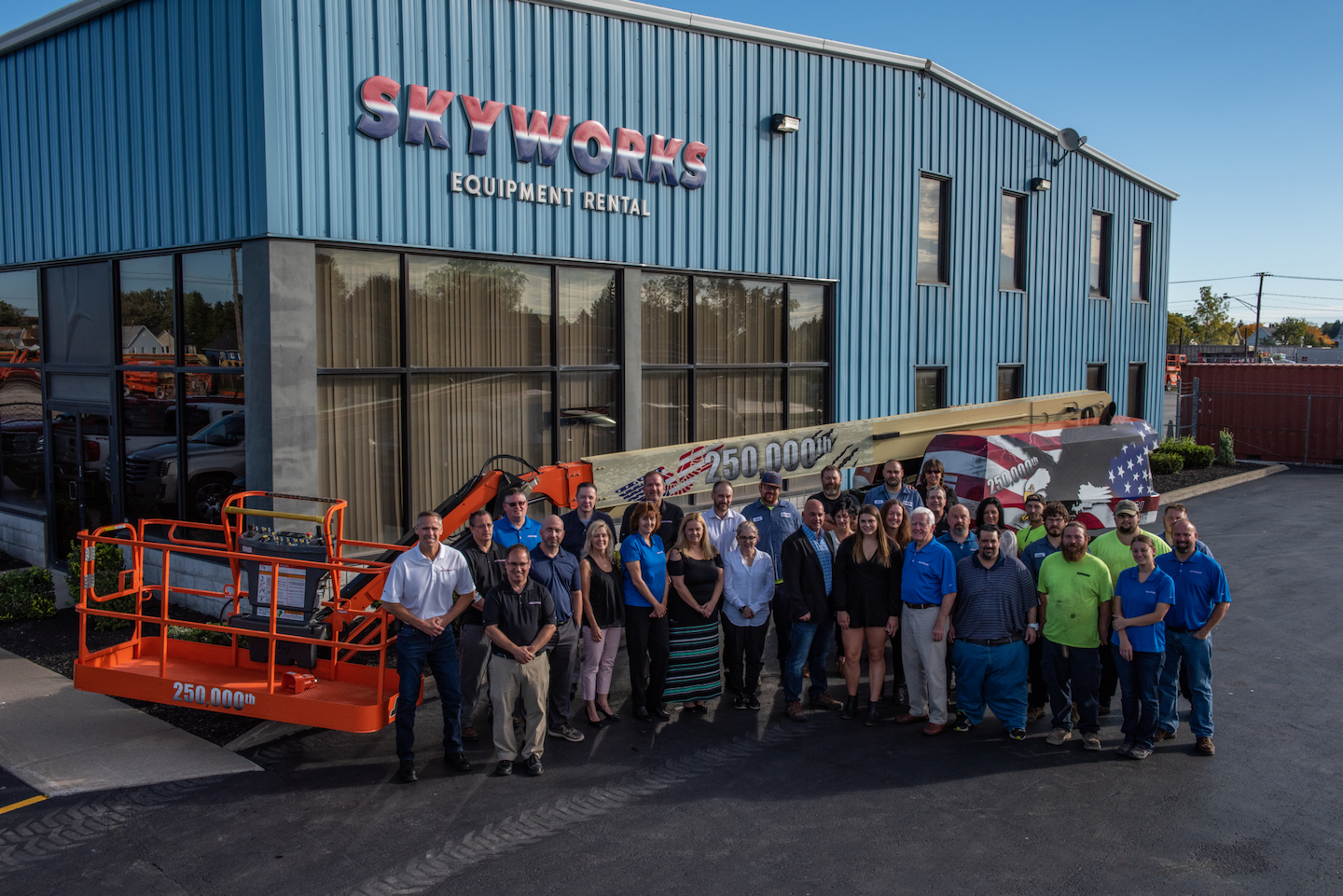 Asked why Reinhart, Jr. has chosen to work with JLG all these years, “JLG has understood our business needs from day one, and the company continues to make the best products in the business. Additionally, the resale value on the equipment remains the highest in the industry, which affects our bottom line and is a strong indicator of how well these machines are built.”

As JLG nears it’s 50th anniversary, the company is proud of its humble beginnings that started with 20 workers creating the first boom lift nearly 50 years ago. There are many landmarks in its timeline, but none more important than the creation of the access industry as it is known today. JLG products and personnel can be found all over the world, and the company has evolved its initial boom design into a full line of innovative equipment powered by industry-leading technology.

Goodyear is researching the benefits of connecting intelligent tires and brake systems, ZF names a new head of its off-highway business, and more news you may have missed.
Sara Jensen
March 24, 2021
Follow Us