The AEM campaign will spend October highlighting the policies that are critical to the long-term economic growth of rural America. 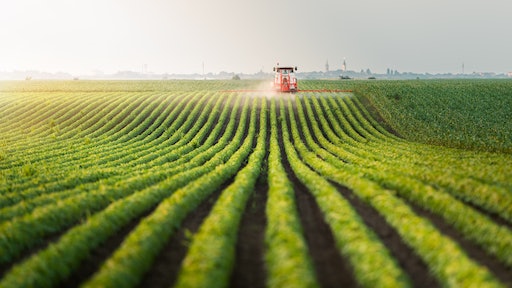 As millions of Americans begin to cast their ballots and with less than 30 days left until Election Day, the Association of Equipment Manufacturers’ (AEM) get-out-the-vote campaign, Equipped to Vote, is spending the month of October highlighting the policies that are critical to the long-term economic growth of rural America.

As of today, over 50 equipment manufacturers have joined the campaign and more than 1,500 voters have pledged to support pro-manufacturing candidates, many from battleground states. Thousands more have learned about the policies that matter to the 2.8 million men and women of the equipment manufacturing industry and their communities as campaign participants have taken hundreds of actions on social media, resulting in tens of thousands of impressions.

“When rural America succeeds, equipment manufacturers succeed,” says Kip Eideberg, AEM Senior Vice President of Government and Industry Relations. “Equipment manufacturers depend on a resilient and vibrant rural America to make the equipment that builds, powers, and feeds the world. Strong rural communities that provide Americans with quality education, state-of-the-art infrastructure, economic certainty for farmers and ranchers, and family-sustaining jobs are critical to the long-term success of our industry. As we enter the final month of the election, we urge Democrats and Republicans alike to support the policies that will drive growth and secure the future of the equipment manufacturing industry.”

A strong rural America not only benefits farmers and ranchers, but also helps support and protect the more than 700,000 agricultural equipment manufacturing jobs across the United States. AEM is an ardent proponent of commonsense, bipartisan policies that strengthen the rural economy and help address the many unique challenges facing rural communities today.

In August, Equipped to Vote educated voters about the importance of free and fair trade, while in September it highlighted the policies needed to rebuild and modernize America’s infrastructure.

The campaign’s digital action center on www.equippedtovote.org is a one-stop-shop for anyone looking to get involved, including how to register to vote, learn who is running in their district and state, and take action to help elect candidates who support the equipment manufacturing industry.

AGRITECHNICA digital aims to combine the live experience of the trade fair itself with an online digital information and networking space.
October 8, 2020
Follow Us