"Investing in our nation’s infrastructure will not only keep our industry strong, but it will revitalize manufacturing communities across the country," says Kip Eideberg. 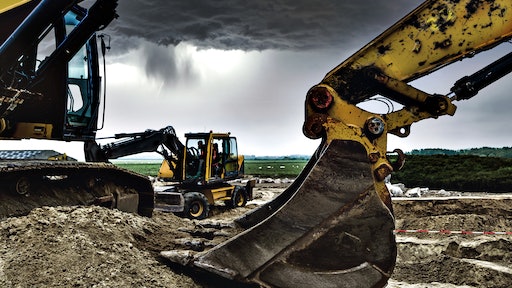 As it enters the initiative’s second month, the Association of Equipment Manufacturers (AEM) announces Equipped to Vote, its first-ever national get-out-the-vote campaign, will focus on infrastructure policy and its role in keeping our economy and equipment manufacturers strong during the month of September.

“Infrastructure is the backbone of a healthy economy. Investing in our nation’s infrastructure will not only keep our industry strong, but it will revitalize manufacturing communities across the country,” says Kip Eideberg, AEM Senior Vice President of Government and Industry Relations. “Throughout September, Equipped to Vote will make sure the 2.8 million men and women of our industry know just how critical infrastructure is to their jobs and their communities. Whether you are a Republican or a Democrat, you cannot claim to be a pro-manufacturing candidate unless you unequivocally support rebuilding and modernizing our nation’s roads and bridges, ports and waterways.”

Long-term, sustainable investment in U.S. infrastructure is essential to creating family-sustaining jobs, growing our economy, and reclaiming our infrastructure advantage. That is why AEM is educating voters about the importance of electing candidates who will support policies to adequately fund infrastructure construction, maintenance, and modernization.

Since launching last month, the nationwide campaign has engaged, educated, and mobilized thousands of new voters on why they should support pro-manufacturing candidates during this year’s election. In August the campaign focused on educating voters about the importance of free and fair trade, and in October it will focus on the need to support and revitalize rural America.

The campaign’s digital action center on www.equippedtovote.org is a one-stop-shop for anyone looking to get involved, including how to register to vote, learn who is running in their district and state, and take action to help elect candidates who support the equipment manufacturing industry. Equipped to Vote is a close partnership with AEM’s member companies and now has signed-up over 40 member companies to participate in the campaign.