Modine's third quarter sales increased 6.4% from the previous year, aided in part by the inclusion of revenue from the Luvata HTS acquisition.

"Over 15 months ago, we announced a strategic plan to transform Modine into a stronger, more diversified company. With the completion of the acquisition of Luvata HTS during the fiscal third quarter, we remain on target to deliver on all elements of our Strengthen, Diversify and Grow strategic initiative," says Modine President and Chief Executive Officer, Thomas A. Burke. "While we are experiencing some additional headwinds with market volumes and metals, I am pleased that we have already corrected a majority of the operational issues identified during the second quarter and continue to drive significant improvements during the fourth quarter."

Net sales for the third quarter were $349.8 million, including $34.7 million of sales from the new CIS segment, up 6.4% from the prior year. On a constant currency basis, sales of the non-CIS (base) business decreased $9.5 million or 3%. The decrease in base business sales was primarily related to lower sales in the Americas and Europe segments, partially offset by strong sales growth in the Asia segment.

Selling, general and administrative (SG&A) expenses increased $7.8 million during the quarter, including $4.7 million from the new CIS segment and $7.2 million of acquisition and integration costs. SG&A of the base business was down $4.1 million from the prior year, primarily resulting from cost-saving initiatives taken in conjunction with the company's Strengthen, Diversify and Grow (SDG) strategic plan.

The company recorded $1.6 million of restructuring expenses during the third quarter, primarily related to equipment transfer and plant consolidation costs in the America segment.

"We continue to expect the newly-acquired CIS business to be accretive to Modine's operating income, for fiscal 2017 and beyond," comments Burke. "However, we are adjusting our full-year forecast to account for lower volumes in the Americas and Building HVAC segments, along with the temporary impact of higher metals and exchange rates. As a result, we are holding our range for adjusted operating earnings. We are also lowering the range for adjusted earnings per share, due to the incremental interest expense from the acquisition debt." 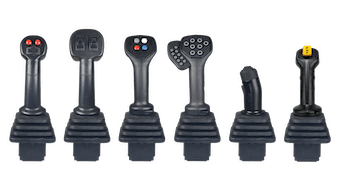