Bendix has created a climate action plan to cut its carbon dioxide emissions in half by 2030, and achieve carbon neutrality by 2021. 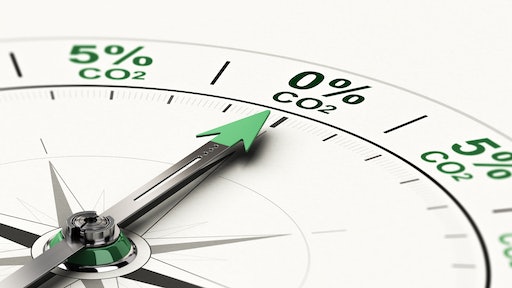 Bendix Commercial Vehicle Systems LLC has stepped up its climate action plan by committing to cut its CO2 emissions in half by 2030, and to achieve carbon neutrality by 2021.

The goals are part of its renewed commitment to adopt the aggressive climate strategy recently launched by its parent company, the Munich, Germany-based Knorr-Bremse AG. Knorr-Bremse is the global market leader for braking systems and a leading supplier of other rail and commercial vehicle systems. The strategy is deeply aligned with the United Nations’ (UN) Sustainable Development Goals (SDGs), a set of 17 overarching environmental objectives promoting prosperity while protecting the environment. Two of the objectives – Responsible Consumption and Production (encompassed within SDG 12) and Climate Action (the focus of SDG 13) – have been at the core of Bendix’s sustainability efforts.

Over more than a decade, Bendix has made significant progress toward achieving both objectives. In the area of Responsible Consumption and Production, Bendix has implemented zero-waste-to-landfill projects and cultural changes across all Bendix manufacturing locations, to self-certify six manufacturing locations in 2020 as zero-waste-to-landfill facilities.

With the newest version of its sustainability strategy, Bendix is placing an even more heightened focus on climate action by implementing tactics to pursue climate neutrality in the near term, followed by an increased reduction in carbon emissions by 2030.

“Climate change is one of the greatest challenges facing the planet today, and we believe that – as a business – we are an essential part of the solution,” said Maria Gutierrez, Bendix Director of Corporate Responsibility and Sustainability. “We are running out of time to avoid the worst effects of global warming. That is why we are setting a bolder ambition to reach a net-zero future. Our journey to net zero has already started. Now, by adopting these goals, we are accelerating our efforts.”

Under its climate strategy commitment, Bendix will halve its greenhouse gas emissions from the 2018 baseline by 2030 in accordance with science-based targets and the goals of the Paris Climate Agreement.

The reductions will occur across two scopes representing emissions from its own operations (Scope 1), and emissions generated from the use of external energy sources (Scope 2). Beyond this, Bendix also commits to achieving carbon neutrality across all global operations from 2021 onwards, to help combat the worst impacts of climate change. This will be accomplished by increasing the share of renewable energy and by offsetting remaining emissions with high-quality certificates.

Bendix will achieve the new level of CO2 reductions via three main tactics: continued energy efficiency projects, on-site generation of renewable energy, and procurement of green energy combined with carbon offsets to aid the reach of carbon neutrality from 2021 onward.

To this end, Bendix is investing in key energy efficiency projects, and on-site or its own generation of renewable energy. These include on-site solar energy generation at the Huntington, Indiana, campus, beginning in October 2020 with a finish date of June 2021. The seven-figure investment is expected to yield a 4% reduction in CO2 emissions for Bendix Huntington, along with estimated annual energy savings of $142,000.

Bendix also plans to double its company wide awareness efforts by conducting a yearlong campaign culminating in a July 2021 annual Values Day celebration. The campaign will include communications and virtual employee engagement activities to help educate and raise awareness on the issue of climate change and how all Bendix employees can contribute by reducing their carbon footprint.

Building on a History of Climate Strategy

Bendix’s current climate strategy builds upon a decade of work from the previous ECCO2 initiative that ran from 2009-2019. During that effort, Bendix exceeded the combined goals to reduce energy consumption by 30% from its 2009 baseline, by achieving a 42% reduction over the past 10 years. The company also saved more than 27 million kilowatt-hours of energy – and an estimated $2 million – over that time frame, through projects focused on more efficient use of lighting, HVAC, and compressed air.

“Previously we announced our support of Knorr-Bremse’s new climate strategy by realizing absolute reductions of energy consumption,” Gutierrez said. “Now, we’re following up on that commitment, and on our history of progress, by stepping up our climate action plan and outlining the plan we’re taking to achieve this more aggressive strategy.”