New solutions which combine the capabilities of M12 and DT connectors will be needed as OEMs continue integrating advanced technologies into their equipment. 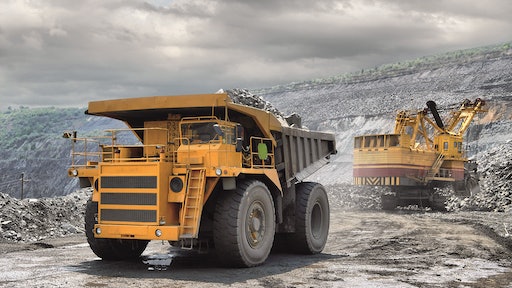 Heavy equipment manufacturers continue to adapt state-of-the-art sensor, actuator, and motor technologies into their products to take advantage of an ever-increasing networked, precise, and analytical world. In so doing, they face a real challenge in reconciling connector types between the varying type conventions of industrial automation and their very own industries, i.e., M12 and DT. Examining the history of these connector types with respect to the creation of CAN and its derivatives leads to a collision course of connection.

In 1986, in part due to increasing regulation of diesel engine emissions, Robert Bosch, GmbH, introduced a revolutionary serial communication protocol, the Controller Area Network (CAN). The protocol upended the conventional client/server configuration commonly utilized to transfer information between electronic devices.

The applicability and advantage of this protocol was positioned specifically for implementation in passenger vehicles. Its advantages included a configuration of distributed nodes (ECUs, aka Electronic Control Units), each able to essentially claim ownership of the communication bus and establish message prioritization, making it ideal for the disbursement of intelligent components in a complex electronic system. Moreover, the system was robust; it was resistant to noise and could continue functioning even in the event of an unrecoverable loss of one of the controllers.

The advantages of the new CAN protocol did not go unnoticed across other industries. In fact, some of the earliest implementations occurred in the late 1980s in applications unassociated with motor vehicles. Kone, a Finland-based elevator manufacturer, used CAN in its products. The German company Lindauer, Dornier GmbH, through consultation with Swedish engineering firm Kvaser, worked with its suppliers to implement CAN in textile machinery products.

The successful uses of CAN in complex machines quickly grew in frequency, and CAN soon found a home in the factory automation environment. By the early 1990s, CAN in Automation (CiA), an international group of manufacturers and users, had been formed.

Meanwhile, the sophistication of factory automation equipment concurrently leaped in the early 1990s, driving a need for a migration from traditional discrete parallel to fieldbus wiring. By converting to serial communication, manufacturers of factory automation machinery could sell the value of reduced installation time, errors, downtime, and all the associated costs.

Cue the adaptation of derivations of CAN, including DeviceNet and CANOpen, among other protocols. A need for a standardized physical interconnect soon followed, and under the IEC 61076-2-101 specification, the M12 connector was adopted. Its advantages included environmental protection from dust and liquid contaminants, as well as ease of termination and mating. It further permitted the deployment of various types of coding configurations (A, B, etc.), which could be assigned to specific protocols by standard definitions. This prevents the mis-mating of like connectors supporting disparate functions.

Machinery and equipment manufacturers quickly partnered with suppliers of peripheral devices such as sensors, actuators, switches, valves, et al. to adopt the M12 as the go-to connector for component integration. Since its adoption, the M12 connector has proliferated exponentially and continues to find its way into previously unimagined applications.

While electronic capabilities of sensors and actuators grew dramatically in both the factory and automobile industries, heavy equipment implementations in agriculture, construction, service, marine, and military lagged only slightly behind. OEMs discovered their equipment would enjoy the same benefits: a reduction in harness wire count, easier assembly, and access to new digital information for specific equipment functions.

ECU manufacturers embraced the CAN protocol, and sensors, actuators, and control electronics suddenly became intelligent, producing digital information in need of seamless transport between multiple devices produced by varying manufacturers. Subsequently, SAE International created the higher-layer protocol J1939 standard, which defines a single common language that permits seamless communication between ECUs across all CAN manufacturers. Further derivations specified protocols by specific applications; for example, 11992 and 11783 pertinent to Truck and Trailer and Agriculture and Forestry Machines, respectively. Somewhat organically and somewhat by design, the J1939 “common tongue” spoken by heavy machines was born. The only exception to the forethought was: How can everything be physically connected?

For the heavy equipment manufacturer, the de facto choice for electrical interconnect had already been established: the DT series offered by Deutsch (now TE). While not defined by any particular standard, the DT (and later DTM) connector series provides a particular applicability for heavy equipment harnesses. The connector’s crimp-and-poke style assembly permits the termination of discrete wires, and then coupling them in a single connector body—a process particularly conducive to efficient wire harness production. The connector provides environmental sealing and a rugged construction at a cost-effective price. Yet a challenge remained.

Engineers drool over incorporating state-of-the-art sensor and actuator devices into their heavy equipment applications. However, a large portion of these devices are produced with the M12 connector, a result of their early adoption into the factory automation environment. And so, the interconnect worlds came crashing together: heavy equipment manufacturers and harness assemblers prefer DT while device OEMs prefer M12. The only solutions to date have been either costly custom conversion cables or to stub in M12 cordsets into equipment harnesses. The assembly, though, is tedious. Butt splicing, soldering, and shrink-sleeve processes abound. Often, this deviation from an elegant solution results in intermittent or failed connection at worst, or an exceedingly high cost at best.

Fortunately, connector manufacturers have identified and responded to this challenge. The DT/M12 Adapter connector from Phoenix Contact, for instance, features a DT04-6P mating interface opposing a 5-pin M12. This solution allows OEMs and harness manufacturers to maintain the usual connector preference and assembly technique of DT, yet it affords a quick and easy connection solution to mate to the commonly supplied M12 on the equipment’s peripheral components (a sensor, for example).

As the heavy equipment industries continue to embrace new technologies, most recently in support of their products existing as elements in an everything-connected world, so too are their component-manufacturer suppliers adapting. As we look to the future, we can envision the adoption of ever-increasing speed and quantity of data, along with the demand for robust, seamless integration, both digitally and physically. To support these needs, connector manufacturers will continue to introduce new connector innovations.

The UPC 14mm provides continuous power at 500A and is suited for use in heavy equipment and electric vehicles.
Amphenol Industrial Operations
February 25, 2021

The ePower-Lite 5.7 mm connectors are rated to 120 A of continuous current.
Amphenol Industrial Operations
November 3, 2020

The ATC series is available in a 9 pole version which supports CAN systems and electrical system communications.
Amphenol Industrial Operations
August 24, 2020

The PCON 12 is a one-position 90-degree unsealed connector which can be used in a variety commercial vehicle applications.
TE Connectivity - Industrial & Commercial Transportation business unit
July 9, 2020